Abdullah is an international speaker, thinker and intellectual activist for Islam and Muslim affairs. He has spoken in community centres, universities, colleges and numerous appearances on various programmes on TV channels including the BBC, ITV, BBC Arabic, BBC Radio 4, Al Jazeera, Press TV, Islam Channel and IQRA TV. In 2009, he co-founded the public discussion forum: The Muslim Debate Initiative, a forum that promotes open dialogue and critical debate between thinkers, academics, politicians and public speakers of all backgrounds.

An Alternative Look at Trump 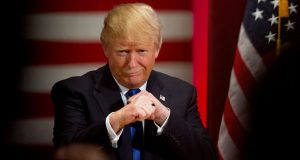 On the 8th November 2016, many Americans went to the polling stations to select the next President of the United States of America. The 2016 election year saw a difficult choice between two candidates: one a populist businessman demagogue whose ...