Tariq Ramadan – Where is the Outcry? 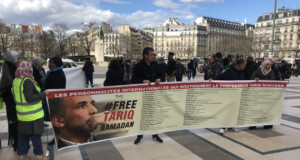 "Many prominent Muslim figures did not hesitate to take selfies with him and to put him on their panels and on the advisory boards of their organisations," writes Daniel Haqiqatjou. "And this silence is the thanks he gets?"