Yahya Birt has been involved in Muslim community activism since the early 1990s and has volunteered or worked with a number of Muslim community organisations over the years including the City Circle, serving as its Director and as Trustee, the Forum Against Islamophobia and Racism, and the Islamic Foundation. Since 2000, he has written for both the Muslim press and the national press on British Muslim affairs. Since 2001, he has been involved in policy work relating to issues like Islamophobia and radicalisation. He has been part of a number of government consultations on Muslim community affairs, including as a member of the Preventing Extremism Together taskforce in 2005. 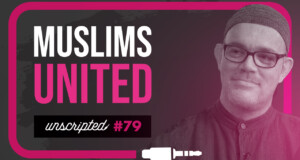 On this week's episode of the Unscripted podcast, Salman speaks to someone behind the largest British Muslim coalition in decades.