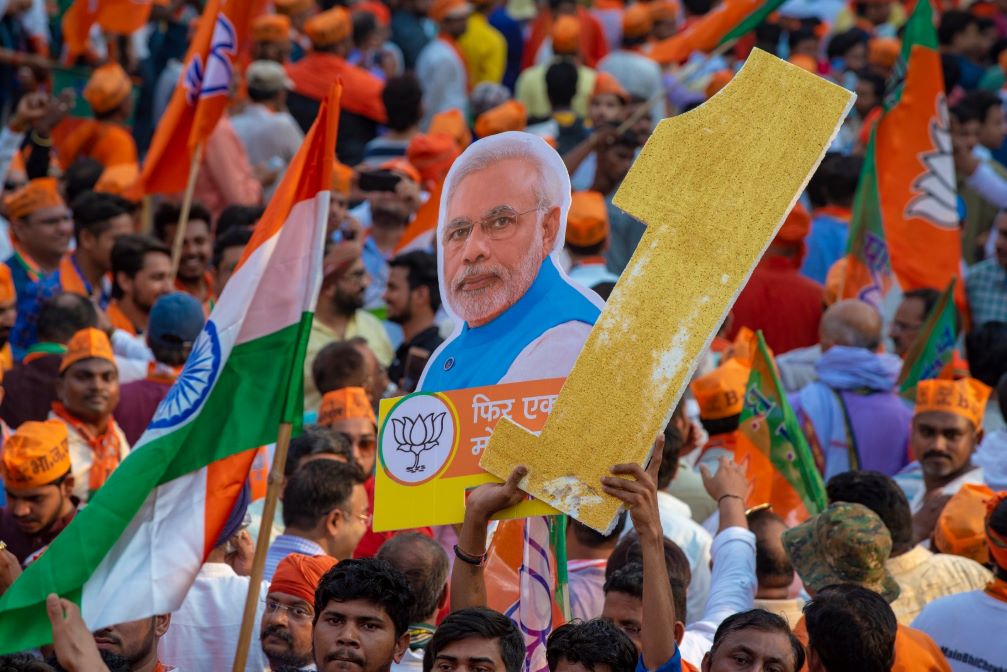 Many Indian nationals will be celebrating the day India became independent from British colonial rule. India being home to a multitude of diverse cultures, languages, customs, practices and religions, and a growing population of 1.38 billion people,  is undoubtedly one] of the most fascinating places in the world.

Unfortunately, today we do not see a land of people living in harmony amongst one another, rather a more sinister and vicious plague poses harm to the livelihoods of millions in their own home. The Bharatiya Janata Party (BJP), which is the present government under Narendra Modi’s leadership has facilitated an environment of suppression and hostility towards Muslims living in India. The Muslim population in India is the world’s third-largest and the largest Muslim-minority population in the world [1]. Despite this, they have been made to feel like second-class citizens.

How has the Indian government marginalised Muslims?

The BJP is a political wing of the Rashtriya Swayamsevak Sangh (RSS) who are a far-right Hindu nationalist group. Kashmiri activist Muzzamil Thakur describes the RSS as

Under these ideals and rhetoric, the BJP has justified the implementation of Islamophobic legislation, violence against Muslims, and the suppression of Muslim religious practices.

In December of 2019, the Indian Government enacted the CAA and NRS bill which effectively protected the citizenship rights of illegal migrants from various religious and ethnic backgrounds except Muslims and some other minorities. Muslims who have lived in India for decades will need to prove they are Indian by providing documentation, if they fail to do this, they are at risk of being made stateless, detained or deported. 200 million Muslims now fear their citizenship being removed. This is an issue for many who have lived in India for generations without formal papers. It is reported that 38% of Indian children under the age of 5 do not have birth certificates; the lack of documentation is also common for older people [2]. The BJP’s exclusion of Muslims in this bill highlights the blatant discrimination and targeting of a particular community threatening their rights.

The CAA and NRC bill fuelled mass protests all over the country by Muslims and non-Muslims who recognised the sinister and systematic attack against Muslims and other minority communities. The protests resulted in the detention of thousands and the killing of innocent protestors [3]. This is not the first time the Indian police have disproportionately used force against Muslim protestors; previously students have been attacked with the use of gas bombs, teargas, pellets and arrested under ‘terror’ laws [4]. There is a clear desire to supress Muslim voices speaking against injustice, and Modi has been able to capitalise off the GWOT narrative in order to paint Muslims as ‘terror’ threats.

Activist Afreen Fatima recalls the day the authorities evicted her family and bulldozed their home;

“From our faith and history to our eating habits and clothes, the Hindu supremacists ruling India today have spared nothing in their campaign against our community. During the eight years of Narendra Modi’s government, they have taken a sledgehammer to our country’s secular foundations by routinely finding ever newer ways of targeting us. Last month they brought a bulldozer to my home” [5].

Afreen’s family were victims of the State’s brutal crackdown on Muslims after the derogatory comments made by a BJP spokeswoman against the Prophet ﷺ earlier this year, which sparked protests in Afreen’s city as well as all over the country. Amongst the thousands arbitrarily detained was Afreen’s father, a community leader and rights activist. Afreen’s family were ambushed in the middle of the night without a warrant, the authorities then forced the family out the house and labelled it ‘illegal’.

“Our home thus became part of the now-familiar pattern of what has come to be known as ‘bulldozer justice’ in India. This is how it works: the government links Muslims to grievous ‘crimes’ such as participating in protests, then blames them for violence, and destroys their homes…There’s, of course, no legal provision for such demolition of private property, even if individuals are indeed found to have been involved in violent acts. But it doesn’t matter; the whole idea is to demonstrate that Muslims have no legal protection in a Hindu state. We are not equal citizens.” [6] Afreen Fatima, Indian Rights Activist

Culture of Impunity to State Officials

On the 23rd of February 2020, an event which was described as the ‘worst religious violence’ in India in years was speculated to have been exacerbated by Modi’s Hindu nationalist party. The BJP and the Delhi police force which is overseen by the government supported the mobs who burnt homes, businesses, buildings and attacked Muslims [7]. While the BJP spew hateful rhetoric around Muslims and infringe on the rights of minorities in a push for a Hindu nationalist State, they have also been speculated to work with the police force to incite riots and actively refrain from preventing pogroms in which thousands of Muslims were killed [8].

This impunity was also extended to members of the RSS who were responsible for the demolition of the Babri Masjid in 1992. Despite the supreme court declaring the demolition to be illegal and confirming there to be no temple underneath the mosque, the land was still given to Hindu occupiers, and those responsible for the attacks were acquitted [9].

Kashmiris living under Indian occupation have attested to cases of torture, kidnapping, as well as the extrajudicial killing of activists, journalists, and other innocent civilians by Indian authorities. The ‘culture of impunity’ is argued to have been prevalent for decades, and authorities are allowed to get away with crimes due to the 1990 Special Powers Act which allows for the dismissal of scrutiny towards security personnel, unless the ‘Indian authorities grant prior permission for sanction via courts to prosecute its own forces. See article: Indian Government Officials Face Investigation For War Crimes in Kashmir

Activists  call on the world to wake up to the realities that Indian Muslims face today. “India has set a new benchmark of criminality… unless India is deradicalized, we will continue to see a rise in extremism and terrorism (From BJP). We encourage the world to intervene” Muzzamil Thakur, Kashmiri activist.

As a community we must support Muslim activists on the ground in India as well as place pressure on institutions who can hold the Indian government to account. The era of quietism around the persecution of Muslims in India has lasted too long, it is time for us to take a stand. See article: India’s BJP held to account for insulting Prophet Muhammad ﷺ