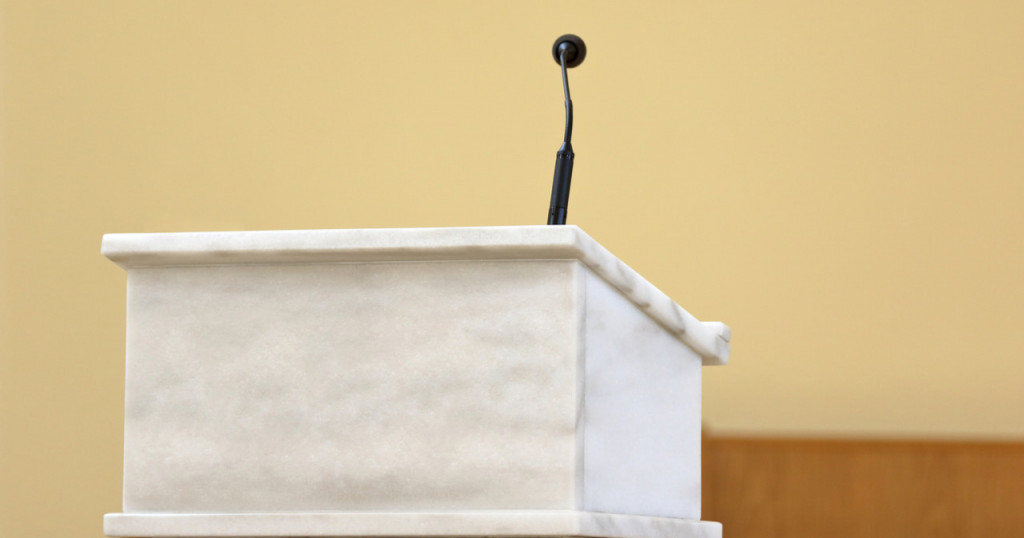 In the name of Allah, the Gracious, the Merciful.

All praise is due to Allah. We praise Him, we seek His help, and we seek His forgiveness. And we seek refuge in Allah from the evil within ourselves and our evil deeds. Whoever Allah guides, there is none to misguide him. Whoever Allah leads astray, there is none to guide him. I testify that there is no deity worthy of worship but Allah alone, without any partners, and that Muhammad ﷺ is His servant and His Messenger.

Allah Almighty said, “O you who have faith, fear Allah as it is His right to be feared and do not die unless you are Muslims.”[1]

And Allah Almighty said, “Fear Allah, from whom you ask each other, and in your family ties, for Allah is ever watchful over you.”[2]

And Allah Almighty said, “Fear Allah and speak words as befitting. He will amend your deeds for you and forgive your sins. Whoever obeys Allah and His Messenger has achieved a great triumph.” (al-Aḥzāb, 70-71)

The truest word is the Book of Allah, and the best guidance is the guidance of Muhammad ﷺ. The most evil matters are those that are newly invented, for every newly invented matter is an innovation. Every innovation is misguidance, and every misguidance is in the Hellfire. To proceed (and then to begin the sermon):

“Whenever he attains authority, he goes about the earth spreading mischief and laying to waste crops and human life, even though Allah does not love mischief.” [3]

Topic of the Khutbah

– This September marks 20 years of a worldwide war that was initiated by President George Bush on 18 September 2001. He declared a ‘crusade’[4] that created a never ending war, turning the whole world into a battlefield for America and its allies.

– This so called global ‘War on Terror’ led to the invasions of Afghanistan and Iraq, the CIA torture programme, abuses at CIA ‘black sites’, inhuman treatment of prisoners in Guantanamo Bay and Abu Ghraib, drone assassinations, and systematically draconian and Islamophobic laws across the world.

– This global War on Terror fuelled the rise of Islamophobia, which casted Muslims as potential terrorists. Anti-Muslim violence escalated and the targeting of mainstream Islamic beliefs by politicians and the media became normal.

– This global war also accelerated the growth of far right movements across the West, who exploited the hate against Muslims to justify their racism. In these 20 years, we have also seen Eastern governments like China adopt a similar ‘War on Terror’ narrative against the Muslims of East Turkestan. India has done the same to deprive Indian Muslims of their citizenship and also attack Muslims in Kashmir.

– These two decades of the ‘War on Terror’ have led to so many deaths of innocent people, as well as numerous oppressive and unjust statutes and policies targeting Muslim communities. There has been a clear undermining of the rule of law, the presumption of innocence, and due process.

– Many in the mainstream media will be discussing the events of 9/11 tomorrow. Our sympathies are with the families of the 2,977 people that died on that day. And our hearts go out to the nearly one million Muslims[5] that were killed by America and its allies since that day.

“For the Muslim Ummah every single day has been like a 9/11.”

This global war was launched allegedly as a response to the 9/11 incident. In fact, many have come to accept this false narrative, as though history began on September 11th 2001. In reality, the aggression against the Muslim world and destruction of Muslim people began much earlier before 9/11. Here are just some examples:

Effect of this war on Muslims in the UK

This 20-year war has not only been impacting Muslims in distant lands. It has affected us right here directly: in our schools via the Prevent program; at our workplaces experiencing Islamophobia; at airports being stopped under Schedule 7; in the media while routinely being associated with violence and hate…and much more. Because of this false narrative created by the War on Terror, all Muslims are misrepresented as suspects or potential terrorists in our current time.

Our duty as Muslims

– We are part of the Muslim Ummah, and we stand together against injustice taking place against the Ummah from around the world, and also here in this country.

– We should call for accountability for all governments, agencies, and officials that are guilty of war crimes and abuses since 2001. This is a basic duty we owe to our brothers and sisters who suffered.

– We should demand that governments and leaders acknowledge the crimes which were committed in the name of the ‘War on Terror’. At the same time, we should demand restorative justice for victims and survivors of these wars.

– We should work towards the complete dismantlement of the infrastructure which made those crimes possible, including the unjust laws, policies, and practices that were created in this so-called ‘War on Terror’.

The oppressed will one day secure their freedom, as it is a promise from Allah:

“And We wanted to confer favor upon those who were oppressed in the land and make them leaders and make them inheritors; and to establish them in the land; and through them show Pharaoh, Hamân, and their soldiers ˹the fulfilment of˺ what they feared.” [8]

The Muslim is always positive and optimistic; we know our Lord is Allah and He is always in support of His obedient slaves. We must remain steadfast on the path to justice. Those who spend trillions on spreading war and destruction – especially if the goal is to undermine Islam – will never succeed, because their cause is unjust and criminal:

“Surely the disbelievers spend their wealth to hinder others from the Path of Allah. They will continue to spend to the point of regret. Then they will be defeated and the disbelievers will be driven into Hell.” [9]

Many Islamic scholars from around the world have come together to express their solidarity and sympathy with victims and survivors of the wars in the post-9/11 era. You can read their statements here

That website is the home of a worldwide campaign launched by more than 50 organisations to ensure that the stories of the survivors of this war are not forgotten.

What Does The International Witness Campaign Stand For?

After decades of confrontation with the Soviet Union, the US emerged as the sole superpower and immediately engaged in a series of destructive “humanitarian wars” and political meddling. This included starving to death more than 500,000 children in Iraq, which was “a price worth paying”, as infamously stated by US Secretary of State Madeleine Albright.

Soon after, US militarism reinvented itself under a new label.

In 2001, US President George W. Bush announced the launch of a “crusade”. Since then, we have witnessed 20 years of premeditated illegal wars, carpet bombings, drone assassinations, arbitrary detention, torture, mass displacement, and rampant corruption in the Muslim world.

As a result, thousands in Western democracies have lost their loved ones in these wars. Many more have suffered life-changing injuries, and an untold number have come home with unseen trauma to their mental health.

Western democracies have also enacted countless statutes and policies targeting Muslim communities and undermining the rule of law for all. This has meant the erosion of basic freedoms, unprecedented waste of taxpayers’ money, and the West’s loss of standing in the global arena.

This infrastructure was built and promoted by ideologically-motivated architects, which included interest-driven politicians, think-tanks, experts, media outlets, and businesses.

It was also facilitated by the liberal complicity in structural Islamophobia and securitisation.

In the process, we saw whistleblowers and truth speakers being demonised and repressed.

However, the dialogue initiated in Doha, as well as President Biden’s withdrawal from Afghanistan after facing military and moral defeat, represent a historic moment which deserves much reflection.

More than a contemplative exercise over past events, this campaign seeks to respond to the globalisation of the War on Terror. Unfortunately, most countries in the world have adopted the pervasive 20-year-old rhetoric, laws, and policies to suppress their Muslim populations and dissidents. Thus, it is important for civil society actors to rise to these new challenges and produce a response centred around the empowerment of Muslim communities and changing the status quo.

The International Witness Campaign gathers international partners to commemorate this anniversary and remember the millions of people affected across the globe.

It explores two decades of the War on Terror: its impact, its failures, and its future, while promoting solidarity, justice, and dialogue.

Why Should You Support The International Witness Campaign?