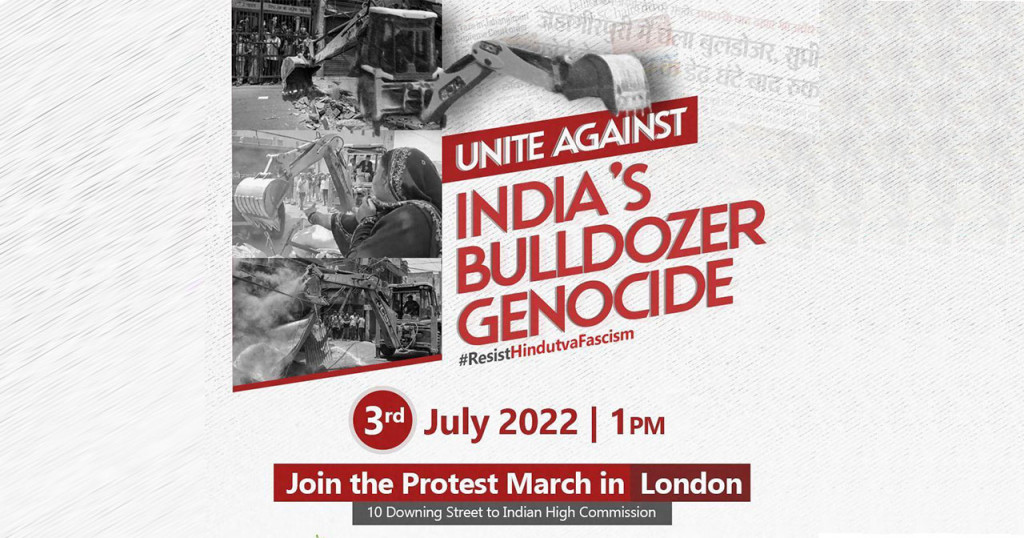 London: More than 15 Indian diaspora groups in the UK jointly called for a protest in London, demanding to end the Hindu-supremacist violence and fascist policies of Indian Prime Minister Narendra Modi that have left the Muslims in the country “on the brink of genocide”.

The protest will take place at 1pm on 3rd July 2022 at 10 Downing Street. Protesters will also march towards the Indian High Commission.

Claudia Webbe, an Independent MP in the UK, Sonali Bhattacharyya, National Secretary of Momentum, a socialist group within the Labour Party, and others will address the protest.

The organisers said that they will raise their voice against state-sponsored murder, rape, lynching of Muslims and bulldozing of their homes.

“The restrictions of religious and gender rights through hijab-bans, persecution of interfaith relationships, and legal impunity for Islamophobic and anti-minority hate speech have been rampant in India,” the organisers said in a press release issued to the media.

“The criminalisation of internationally renowned human rights activists like Teesta Setalvad on spurious charges, and of highly respected journalists like Mohammed Zubair, and hundreds of others have to be resisted. Persecution of Christians, Sikhs, Dalits, and Adivasis through murder, rape, lynching, and mob violence, demolitions of religious buildings, and deployment of legal institutions to legitimate such violence is also terrifying.”