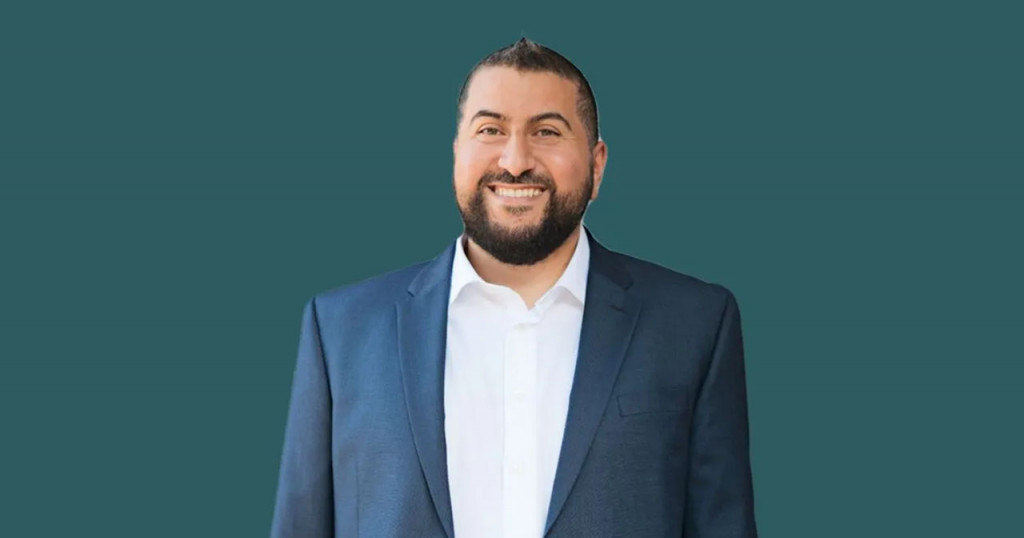 Islam21c would like to offer its heartfelt condolences to the family, friends and colleagues of Sh Muhammad Alshareef, founder of AlMaghrib Institute, who passed away yesterday.

His death has undoubtedly come as great shock to all who knew and loved him. He passed away in his family home in Dubai aged only 47 years old without any history of illness, but when Allah chooses to take someone back to Him there is nothing to stop it.

Countless Muslims living the West have either benefitted from him directly or indirectly, and many prominent scholars and Muslim leaders around the world have remembered him fondly in their condolences.

Sh Muhammad Alshareef has gone down in history—by the permission of Allah—as a pioneer of the Da’wah in the West. His projects taught Islam to the masses in a dynamic and professional way that appealed to and attracted generations of Muslims in the West. We hope that this will be recorded for him in his scales on the Day of Resurrection.

The news of our brother’s death took us all by surprise. He was not lecturing as much as used to for a while now as he was busy with many other projects, but in the end – what do people remember you for? They remember you for your Da’wah—and no doubt, he was a pioneer in the Da’wah. AlMaghrib was unique in terms of its growth, spread, the people it inspired—I would say even Sh Tawfique Chowdhury was inspired by it when he set up AlKauthar Institute. InshāAllāh all of these projects that he inspired will be a sadaqa jariya for him.

It’s a stark reminder that this life is short and it can end at any time. We’ve got to work and seek a lot of forgiveness. It’s not about how long you lived but what you did with your life. Imam al-Nawawi passed away at around 40 – but look at his legacy; you won’t find a Muslim’s library without his books. Some lived for forty years but their impact was worth centuries.

There are so many sadaqa jariya projects out there that our brother had a hand in. He’s mentored countless people who have gone on to do great things. May Allah have mercy on him.

Born in Winnipeg, Sh Muhammad Alshareef memorised the Qur’an at an early age. In his youth he travelled in the pursuit of knowledge to the Islamic University of Madinah where he graduated with a degree in Islamic Law from the College of Shari’ah—one of the first few cohorts that were born and raised in the West. Highly motivated to teach Islamic knowledge and spread the message of Islam in the West he founded AlMaghrib Institute at the age of only 27. He went onto start other projects like DiscoverU, which we pray will count as sadaqah jariyah.

AlMaghrib Institute, for which he will most likely be best remembered, was unique for its time. It brought together a great number of Islamic scholars, students of knowledge and preachers in the West like Sh Yasir Qadhi, Sh Omar Suleiman, Sh Waleed Basyouni, Sh Yasir Birjas,  Sh Abu Eesa Niamatullah, Ustadha Yasmin Mujahid, Ustadha Taymiyya Zubayr, and many more.

The Amir of AlMaghrib UK and former Head of Almaghrib Europe, Kaka Ali, shares with us his thoughts:

“We will miss you, Shaykh”

His death came as a shock to us all. He was completely healthy—he just collapsed whilst praying Maghrib while out with his children and returned to Allah shortly after. So many Muslims living the West have either benefitted from him directly or indirectly, by projects or people connected to him. He was known and loved by many other scholars and Islamic preachers who were not directly part of AlMaghrib, like Sh Haitham Haddad, Sh Zahir Mahmood, Sh  Tawfique Choudhury, Ustadh Nouman Ali Khan, and many others.

Shaykh Muhammad Alshareef is lesson to us all that death can come at any time for any person, we should pause, reflect and ask ourselves, ‘how prepared are we?’ Sh Muhammad was someone who took full advantage of his time spending it on what mattered most focusing on what would lead benefit in the hereafter.

He was an inspiring leader, his personality shined through, he touched so many and yet he was still a such humble individual and would do things for those he loved that would make you feel you are not worthy of getting this beautiful treatment from him. A man who only ever spread smiles and laughter and positively impacted the character of thousands upon thousands.

There is so much more that could be said about Shaykh Muhammad here, but we can hear people form all over the world speaking of him right now.

We ask Allah to make us witness for him and in the akhirah, for everyone and everything he has taught to be counted in his scale of good deeds. We pray that Allah beautifies his reception, forgives his sins and enters him into this highest stations of paradise. We owe him more than words can describe. He always advised everyone to leave a legacy before they go from this world. It is a lesson I take to heart and pass onto everyone I know and love: leave a legacy behind you before depart this world.

Shaykh Muhammad Alshareef—may Allah have mercy on you—you will be missed by generations. What a huge amount of sadaqah jariyah you have left behind… may Allah accept it from you our beloved shaykh.