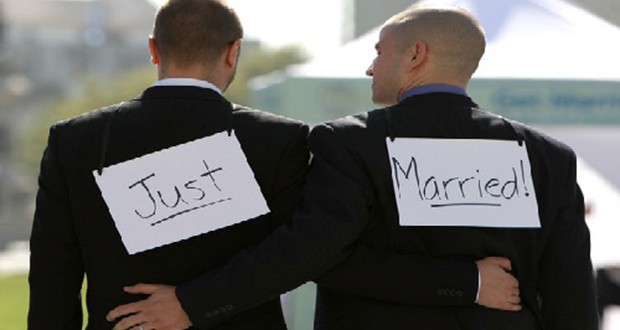 It was up to 2005 when same-sex couples were allowed to enter into civil partnership which, according to the Civil Partnership Act 2004, has the same rights and privileges as marriage in the eyes of the law.[1] From a secular perspective one might say that the only difference is in the formalities. However, marriage is a bond that goes far beyond the relationship between two people exchanging and gaining civil rights. It is a bond that all religions consider a sacred and natural relationship that has various ethical, emotional, social, physical and sexual goals. In the Quran, Allah says:

“And of His signs is that He created for you from yourselves mates that you may find tranquillity in them; and He placed between you affection and mercy. Indeed in that are signs for a people who give thought.”[2]

The Prophet considered fulfilling sexual desires according to divine legislation and avoiding what is impermissible – marriage, a source of Allah’s reward. In September 2011 a Downing Street source said that Mr Cameron had “personally intervened” to ensure that the consultation takes place and that the law is changed within the lifetime of this parliament. In other words, it is the Conservative government and Mr Cameron in particular who is interested in a non-conservative agenda to demolish conservative values that “Britain as a Christian country is proud of”.Some critics have charged that this was not in the Conservative party’s manifesto, neither was it a part of the coalition agreement, although there is more to this than whether the present government has a mandate to implement such a revolutionary change to an institution that has existed since time immemorial.

Although the government has launched a consultation, the desire to change marriage from a union of man and woman to one open to gays and lesbians is nothing short of a crusade. It is a way for the Tories to prove that they are no longer ‘the nasty party’, that they have turned the clock back on their past as exemplified in their opposition to the repeal of section 28. For the Lib-Dems it is a way of showing they are not the junior, nominal partner in the coalition but they can and will further their socially liberal agenda.

Aside from political positioning, there has been a big push from the gay lobby as a natural consequence of the ‘equality’ agenda. Once the Equality Act was passed and there was an explicit outlawing of the denial of goods and services on the basis of sexual orientation, inevitably there was going to be a stronger call for equality in all areas including the right of gay people to marry. The first step was the formation of same-sex civil partnerships and this was inevitably the next step.

Unfortunately there is a mistaken belief amongst some Muslims that these changes will not affect their lives and therefore there is no need to challenge them. This viewpoint is a mistaken one, the implications of the current proposals are clear:

It will change the divine institution of marriage irrevocably. Allah subhanahu wa taa’la has elevated this institution and conferred upon it blessings unique to it alone and protected it through the shari’ah so as to underline it as the pinnacle of family life. The blessings of motherhood and fatherhood, the importance of maintaining familial ties (silat ar-rahim), obedience to parents, and the primary role of parents to nurture and raise their children all stem from the marriage of a man and a woman. The terms husband and wife, mother and father will be replaced by gender neutral terms which will consign the institution of marriage to meaninglessness and will equate marriage between a man and a woman with that of a man and a man and a woman and a woman. Anyone who endorses Islam is obligated by his creator to be witness over mankind.

“You are the best nation produced [as an example] for mankind. You enjoin what is right and forbid what is wrong and believe in Allah. If only the People of the Scripture had believed, it would have been better for them. Among them are believers, but most of them are defiantly disobedient.” There are many other countless verses that confirm that we as Muslim have to defend the legislation and the norms that Allah likes to see prevalent within his creation whether in Muslim or non-Muslim societies and whether they had impact on Muslims or not.  However, this kind of legislation has countless number of consequences on us as Muslims and on the wider society at large.”[3]

When civil partnerships were being discussed, the claim that this would open the doorway to gay rights groups demanding access to marriage was rubbished. Once gay rights organizations demanded full equality they set their sights on access to marriage and argued civil partnerships consigned them to second class status. Today we are told that religious organisations will not be forced to oversee ‘gay marriages’ and recent comments suggest they will not be compelled to marry gay people at all. Gay rights organisations claim that they do not agree with forcing mosques, churches, synagogues or any other religious institution to conduct a ‘gay marriage’, the door is already ajar – it is only a matter of time before it is pushed wide open and they decide they be allowed to access all the rights permitted to heterosexual couples. It would only be a matter of time before an imam could be prosecuted for refusing to conduct a nikah for a gay couple.

Once gay marriage is legalized, there would be nothing to prevent it being taught in schools to young children in the way heterosexual marriage is. Far from being allowed to teach it, schools will have a legal justification to celebrate it and take steps to normalise it in the minds of children. Later, gay couples will ask for the right to foster children and under the equality act we should expect to see Muslim children being fostered or adopted by gay couples.

The gay lobby expects the fear of being labelled homophobic as a stick to beat any opposition to these proposals, but this should not deter us from speaking up and voicing our concerns about these proposals to redefine marriage.

Someone from another religious community recently commented that she started up a conversation about these proposals and how we have to oppose them with a Muslim who was the head of a Muslim school. She was shocked when she was told that Muslims cannot speak out against this as we will be attacked as extremists and homophobic bigots. The fear of this cannot paralyse us into inactivity – we have an Islamic duty to act.

There are a number of things you can do to oppose homosexual marriages:

Many Muslims talk of the contribution of Muslims to society and feel proud that there are Muslim athletes participating in the coming Olympics. Aside from the Islamic ruling regarding such participation, no one has ever asked about the impact of the contribution on the welfare of the society. On the other hand, our real contribution as Muslims should be to help society to see what will benefit their lives. It is our contribution to ensure that the values that maintain an ethically dignified society become the norm and prevailing law. This is our view concerning citizenship and positive integration with the society.

I do not have any reservation in confirming that it is an Islamic obligation upon each and every Muslim in the UK to carry whatever steps that may help stop this bill from going through. Everyone should not think of his impact, rather he or she should think of being questioned by Allah concerning his reaction when he saw the Divine law being violated. Let us remember that the prophet made the attempt to change anything that opposes the Divine law as a personal responsibility. He said,

We have to be careful not incur Allah’s anger upon us when we exercise passive attitude towards the sins that may prevail among us. Allah says:

“Cursed were those who disbelieved among the Children of Israel by the tongue of David and of Jesus, the son of Mary. That was because they disobeyed and [habitually] transgressed.  They used not to prevent one another from wrongdoing that they did. How wretched was that which they were doing.”[4]

Previous: The Responsibility of the Muslim Community to Oppose the Gay Marriage Bill
Next: Linking Qur’anic and modern conflicts – the Poetry of the Taliban 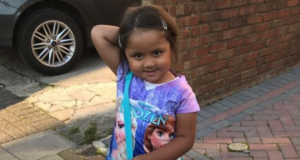 Tafida Raqeeb: Is it Islamically permissible to switch off her life support? 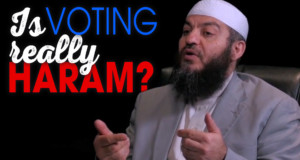 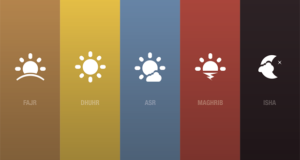 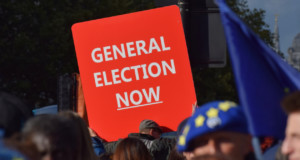