This month is a sacred time for all Muslims when we are required to abstain from all food and drink during daylight hours in order to obey the one we love, Allāh the Most High.

However, hunger and thirst are not the only obstacles during this month, a common complaint especially amongst Muslims required to work with others is bad breath or halitosis given that bad breath can lead to a decrease in self-confidence and insecurity in social and intimate relations. [1]

Halitosis is the term used to describe an unpleasant odour exhaled through the mouth. Bad breath has a significant impact; indeed, researchers say it is the third most common reason for patients to visit a dentist.[2] So what can we do to reduce or eliminate bad breath whilst fasting? To be able to understand how to reduce bad breath, it would be prudent to have some understanding of the origins of it.

In most cases (85-90%) the origins of bad breath are from the mouth.[3] The intensity of bad breath however can differ depending on diet and dryness of the mouth etc. As a result of the mouth being drier whilst fasting (where drinking any form of liquid is impermissible), there is more of a potent smell. Bad breath is thought to originate mainly from the dorsum of the tongue. In 5-10% of cases bad breath originates from the nose and sinuses and in 3-5% of cases from the tonsils. Other rarer origins are systemic diseases and according to the vast majority of researchers, the stomach and digestive tract plays a very negligible role.[4] Foul odours are mainly produced due to the anaerobic breakdown by bacteria of proteins into individual amino acids, followed by the further breakdown of certain amino acids to produce detectable foul gases. For example, the breakdown of cysteine and methionine produce hydrogen sulphide and methyl mercaptan respectively. Volatile sulphur compounds have been shown to be statistically associated with oral malodour levels.

Large quantities of naturally-occurring bacteria are often found on the posterior dorsum of the tongue, where they are rather undisturbed by normal activity. This part of the tongue is also quite dry and poorly cleansed, and bacterial populations can thrive on remnants of food deposits, dead epithelial cells and postnasal drip (PND). The convoluted microbial structure of the tongue dorsum provides an ideal habitat for anaerobic bacteria. Over 600 types of bacteria can be found in the average mouth, of which several dozen produce high levels of foul odours when incubated in the laboratory.[5]

Other parts of the mouth may also contribute to the overall odour, but are not as common as the back of the tongue. These include inter-dental and sub-gingival niches, faulty dental work, food-impaction areas in-between the teeth, abscesses and unclean dentures. In some people, bad breath is associated with gum disease, especially if rubbing the areas between the teeth and gums yields a foul odour. Your dentist can help prevent and treat gum diseases in various ways, depending on the type and extent of the problem, but your own daily home care makes all the difference in maintaining gum health between appointments. Cleaning of the spaces between the teeth is of great importance. People with gum disease often have higher levels of odour coming from their tongue.[6]

During fasting bad breath seems to be worse. Why would this be? Saliva is the natural mouthwash we were born with. It contains antibacterial agents, and competes with bacteria for scarce resources such as iron. Saliva helps wash the bacteria from the mouth, and the saliva layer helps the oral odours from escaping. Bad breath is worst when there is little or no saliva flow, for example after a night’s sleep. As soon as one wakes up and starts to salivate, the smell recedes. That is why bad breath increases when we fast.

How do we beat it?

The things that we can do to reduce bad breath both during Ramaḍān and throughout the year should now be obvious and the reasoning should be easier to understand. The first thing would be to maintain proper oral hygiene. This would include tongue cleaning. Gently cleaning the tongue twice daily is the most effective way to keep bad breath in control; that can be achieved using a tongue scraper to wipe off the bacterial biofilm, debris, and mucus. Ask your dentist to recommend a scraper for your tongue. A toothbrush should be avoided as the bristles only spread the bacteria in the mouth, and grip the tongue, causing a gagging reflex.[7] Scraping of the V-shaped row of tastebuds found at the extreme back of the tongue should also be avoided. Brushing a small amount of saltwater onto the tongue surface will further inhibit bacterial action. Eating a healthy breakfast with rough foods helps clean the very back of the tongue too. [8]

One should also brush regularly, for four minutes, twice a day. It is of paramount importance that we time ourselves since we have little idea of how much time we have actually spent brushing. Several studies have shown that we generally spend less time brushing than we perceive unless it is one’s routine to time oneself. When brushing we should clean our teeth and gums[9], especially cleaning even more thoroughly after eating or drinking milk products, fish and meat – especially at Suḥur time. Flossing should be implemented daily and choose unscented floss so that you can detect those areas between your teeth that give off odours, and clean them more carefully.

What would also be recommended to the fasting person is the specific use miswāk throughout the day. The miswāk (also known as siwāk or sewāk) is a teeth cleaning twig cut from a branch of the Salvadora persica tree, also known as the arak tree (or peelu tree). It is well-known amongst most Muslims—but is using a miswāk effective at cleaning one’s mouth?

The Wrigley Company carried out a study on miswāk which was published in the Journal of Agricultural and Food Chemistry. The study found that mints laced with miswāk extract were 20 times more effective in killing bacteria than ordinary mints. After half an hour, the mints laced with miswāk extract killed about 60% of the bacteria where as the ordinary mints managed only 3.6%.

In the August issue of Journal of Periodontology (2008) appeared a study conducted by Swedish researchers on miswāk. The study apparently found that suspended miswāk pieces in a Petri dish (containing medium for growing bacteria) were able to kill bacteria that cause periodontal disease with out being in physical contact with the bacteria. The researchers suggested that miswāk might be providing antibiotics as gases, trying to explain this phenomenon.

Another study which compared tooth-brushing and using miswāk can be found on Pubmed (U.S National Library for Medicine Service). The study concluded that miswāk was more effective than tooth brushing in reducing plaque and gingivitis provided it was used correctly. Similarly a study conducted by a group of dentists at King Saud University concluded that using miswāk was at least as good as tooth-brushing, if not better.

The effectiveness of miswāk has been attributed to its strong antibacterial properties. Another feature of miswāk thought to contribute to its effectiveness, mentioned by the King Saud University study, is that its bristles are parallel to the handle rather than perpendicular which means effective cleaning between the teeth. The World Health Organisation (WHO) interestingly enough recommended the use of the miswāk in 1986. So we would have to agree that using miswāk is both rewardable and effective.

Bad breath seems to be more potent when fasting due to the dryness of the mouth. To reduce this it would be recommended to drink plenty of fluids during the evening and suhūr time. If you are a denture wearer, it would be advisable for you to soak the denture in an antiseptic mouthwash overnight. Regular visits to the dentist are also essential although we may not enjoy them. There may be cavities, broken fillings, spacing between teeth, or pockets that may be allowing food packing which may in itself be causing a foul smell.

So in conclusion, if you want to beat the bad breath during Ramaḍān, then clean your tongue, brush thoroughly (especially after those meat and fish curries!) and drink plenty of fluids whenever you can.

This article has been reposted, last posted on 4 August 2011.

Previous: Who cares about murdered Palestinian teenagers?
Next: Juz by Juz – A Summary of the Qur’ān 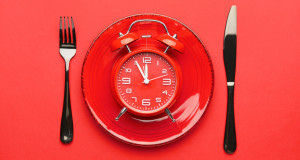