Hudaybiyah: A Victory in the Long Term 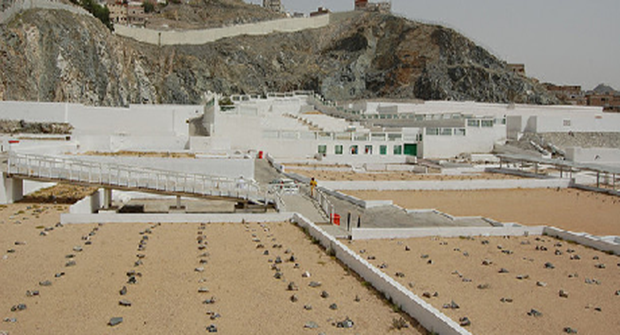 Sometimes, events happen that are deemed disturbing by those that witness them first hand. But later on, history will describe these same events as significant positive turning points.

The Treaty of Hudaybiyah (6AH, 628CE) is one such example. Allah describes this treaty in Surah Fath as the ‘Manifest victory’ (verse 1). This surah was revealed as the Muslims were returning to Madinah after the treaty had been signed. At the time it was not such a clear-cut issue, even amongst some of the senior companions. Before we describe some of the reasons why it was such an unparalleled momentous victory, let us remind ourselves of some of the key historical facts.

In 6AH, the Messenger of Allah (SAW) had a dream that the Muslims were performing Umrah. Since the dreams of Prophets are true visions, he set out with Fourteen hundred Muslims with the intent to  perform Umrah and not to fight. However, despite the Muslims donning the Ihram garments, the Quraysh of Makkah decided to block the routes leading to the Sacred Mosque. Eventually, via tactful manoeuvring, the Muslims reached Hudaybiyah, located about nine miles from Makkah. Uthman bin Affan (RA) was sent by the Messenger of Allah (SAW) to the Quraysh. He told the Quraysh the peaceful mission of the Muslims to perform Umrah alone and then leave. The Quraysh, being the custodians of the mosque, were generally not ones to turn anyone away, but hatred of the Muslims led them to behave otherwise.

When Uthman (RA) was delayed in returning to the Muslim camp, rumours started to spread that the envoy of the Prophet of Allah (SAW) had been murdered. It was at this time that the Muslims took a pledge under a tree where the fourteen hundred Muslims swore to fight alongside the Prophet (SAW) to the very last man and not to flee. Allah mentions their excellence and the purity of their hearts in Surah Fath, verses 10 & 18:

Indeed, those who pledge allegiance to you, [O Muhammad] – they are actually pledging allegiance to Allah . The hand of Allah is over their hands. So he who breaks his word only breaks it to the detriment of himself. And he who fulfils that which he has promised Allah – He will give him a great reward.

Certainly was Allah pleased with the believers when they pledged allegiance to you, [O Muhammad], under the tree, and He knew what was in their hearts, so He sent down tranquillity upon them and rewarded them with an imminent conquest

“O People! By Allah! I have entered upon Kings, I have been to Chosroes, Caesar and Negus in their kingdoms, but never have I seen a king honoured by his people as Muhammad is honoured by his Companions. He does not expectorate except that it fall in the palms of one of his companions who will rub on his face and skin. If he orders them with something, they are quick to execute it. If he performs ablution, they fight for the remnants of the water. If he speaks, they lower their voices. They stare at him only with respect. He now offers you a reasonable plan, so do what you please.”

Just by the above examples of the Companions at the Pledge and the incident with the aggressive emissary of the Quraysh, we see a clear picture of how much love, obedience and respect they had of the Prophet (SAW) and his mission. Yet they are then tried, resulting in hesitation by some.

When eventually Suhail bin Amr was sent as the final emissary, the course of the Muslims became other than what they expected. Imam Ibn Qayyim described the signing of the treaty:

Suhail said, “As for ‘Beneficent’, by Allah I do not know what it means. So write: ‘By Your Name O Allah’, as you used to write previously.” The Muslims said, “By Allah, we will not write other than: ‘By the Name of Allah, the Most Beneficent, the Most Merciful’.” The Prophet (SAW) said, “Write: ‘By Your Name O Allah’.” Then he (SAW) dictated, “This is the peace treaty which Muhammad, Allah’s Messenger, has concluded.” Suhail said, “By Allah, if we knew that you are Allah’s Messenger we would not prevent you from visiting the Ka’bah nor fight with you. So write: ‘Muhammad bin Abdullah’.” The Prophet (SAW) said, “By Allah! I am the Messenger of Allah even if you people do not believe me. Write: ‘Muhammad bin Abdullah’.” The Prophet (SAW) said to Suhail, “On the condition that you allow us to visit the House (i.e. the Ka’bah) so that we may perform Tawaf around it.” Suhail said, “By Allah, we will not (allow you this year) so as not to give a chance to the Arabs to say that we have yielded to you but we will allow you next year.” So the Prophet (SAW) had that written.

Then Suhail said, “We also stipulate that you should return to us whoever comes to you from us, even if he embraced your religion.” The Muslims said, “Glorified be Allah! How may such a person be returned to the pagans after he has become a Muslim?” While they were in this state Abu Jandal bin Suhail bin ‘Amr came from the valley of Makkah, staggering with his fetters, and fell down between the Muslims. Suhail said, “O Muhammad! This is the very first term with which we make peace with you!” i.e. ‘you shall return Abu Jandal to me.’ The Prophet (SAW) said, “The peace treaty has not been written yet.” Suhail said, “I will never allow you to keep him.”

Abu Jandal was then taken back to Makkah  by Suhail while still in his fetters. Suhail, having achieved everything he wanted for the Quraysh, would have felt victorious. The Quraysh would have felt victorious and gloated at the fact that the Muslims were unable to perform Umrah and had to return having come so far. They also would have felt they had the upper hand as anyone wanting to join them from Madinah was allowed to do so, whilst anyone leaving Makkah without the permission of their guardian would have to be returned as was the case with Suhail’s son, Abu Jandal. Suhail even opposed some of the chosen wordings of the blessed  Prophet (SAW). So upset was Ali (RA) regarding this, that he refused to write parts of the treaty. The Muslims, on the other hand, would have felt uneasy and surprised at the turn of the events. They had toiled much to reach thus far and now just when they were at walking distance from Makkah  they were being turned back. Not only had they not achieved their primary aim of performing Umrah but now, if a tortured Muslim was to escape from the merciless Quraysh, that poor individual would have no sanctuary in the Muslims of Madinah. Many of them having experienced first hand the pains of torture would have felt especially bitter.

The Prophet (SAW), after signing the treaty, came out and said, “Get up and slaughter your sacrificial animals and have your heads shaved!” This would have allowed them to leave the state of Ihram even without going to the House in the Sacred Mosque. There was no response. He (SAW) was forced to repeat himself twice. There was still no response. He (SAW) returned to his tent and spoke in confidence to his wife, Umm Salamah. She advised him to go out and slaughter his animal and shave his head and they would follow suit. It was only when the blessed companions saw the Prophet (SAW) completing these rites, did they follow quickly.

On the way back from Hudaybiyah, Surah Fath (48) was revealed which completely satisfied Umar (RA). However, the other Companions were still not quite sure.

Majma bin Harithah narrated, “We witnessed (the Treaty of) Hudaybiyah. After we had departed, we found the Messenger of Allah (SAW) standing at Karal-al Gameem (a place between Makkah  and Madinah); he had gathered the people and was reciting to them, ‘Verily, We have granted you the Manifest Victory.’ (Fath:1). Then a man said, ‘O Messenger of Allah, was that the Victory (Fath)? The Prophet (SAW) replied, ‘Yes. Verily by Him who has my soul in His Hand, it was the Victory (Fath).’ Then (the spoils of) Khaybar were distributed to the people of Hudaybiyah. “

Qurtubi narrated another incident which shows the farsightedness of the Prophet (SAW) in contrast to the short sightedness of some of his companions (RA). A man on his way back from Hudaybiyah said, “This is not a victory. They have prevented us from the House (Ka’bah).” The Prophet (SAW) replied, “Rather, it is the greatest of victories! The polytheists were pleased to expel you from your land with ease and stipulated that Umrah will take place next year. They have imposed peace upon us and have seen in you that which they dislike.”

Notes: The second, and final, article in this series will look into some of the reasons why Hudaybiyah was a victory for the Muslims.
Source; www.islam21c.com
Islam21c requests all the readers of this article, and others, to share it on your facebook, twitter, and other platforms to further spread our efforts.
REFERENCES:
Fiqh ad-Dawah in the Treaty of Hudaybiyah by Dr. Sulaymaan bin Qasim Al-Eid
Raheeq al-Makhtum- Sh. Mubarakpoori
Fiqh as-Sunnah – Sh. R. Booty
Sulh of Hudaybiyah– Sh. Munajjd (Audio)
The Treaty of Hudaybiyah – Peace and the Spread of Islam – Dr. Ja’far Sheikh Idris (Al-Jumuah Vol. 11, Issue 11)
Treaty of Hudaybiyah – Sh. M. Hassan (Audio)
Treaty of Hudaybiyah – Sh. Yasir Qadhi (Audio)
Zaad al-Ma’ad by Ibn al-Qayyim – Taken from Tafseer Sa’di
Sahih International Quran
Misbah Muneer fee Tahdheeb Tafseer Ibn Katheer – Sh. Mubarakpoori
Share. Facebook Twitter LinkedIn Email Telegram WhatsApp
Previous ArticlePalestine is Still the Issue
Next Article Reasons Behind the Japanese Tsunami