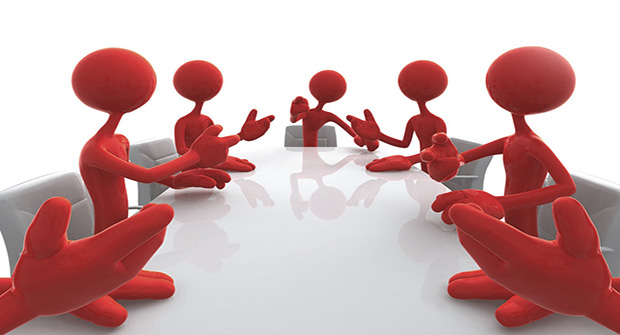 Those of us who have been active in Muslim Networks and Islamic Societies, or any Muslim organisation, will be familiar with the following words: “we have to make it a really good event”. Unfortunately, in my humble experience from the university scene to the professional Muslim scene, I’ve witnessed, been a part of, and more recently opposed to this approach towards organising Islamic events.There is a real lack of understanding on what ultimately pleases Allah – often you will see invitations to Muslim events where there is casual free-mixing (nay positively encouraged free-mixing!) some pseudo-nasheed techno tabla artist which is all justified because there will be some obscure reference to raising awareness or some money for charity – some don’t even care about raising money for charity, and the event is what it is, a Muslim knees-up under the guise of networking. There will be many meetings before the said event to secure the best location, the best caterers and the best entertainment. Providing facilities for salaat is often an afterthought, and is probably only there because the “religious” ones asked for it.

The purpose of this article isn’t to criticise the genuine passion to do something good, or to demotivate anyone from Islamic activism, but rather to encourage myself and everyone else to get our priorities right. Many of us have lost sight of the goal and that these events are supposed to be only a means to THE end – Pleasing Allah (Jannah). We plan and host an event for the sake of the event itself instead of tying it to a more noble and everlasting aim, and soon one event becomes many, each one better than the previous, in better locations, with more celebs, and soon what we had initially aimed to achieve is completely lost, other than by lip service.

I remembered one charity event I attended, one of the brothers who had organised it said to me after a particularly flamboyant Muslim artist had sang a song about Pakistan whilst strumming on his guitar, “look I don’t care whether you think its right or wrong, at the end of the day, we are raising a lot of money for charity, and that’s what counts…” But it should matter whether it’s right or wrong, the pleasure of our Lord is fundamental to us earning any reward for our endeavours. If Allah is not considered in the reason for doing something, then our reward will only be the plaudits and temporary accolades we receive after the event, and truly we are losers if that is all we gain.

This is further exemplified by the statement of the Messenger (peace and blessings of Allah be upon him), “I will certainly recognize people who will come on the Day of Resurrection bringing good deeds as great as the white mountain of Tuhaamah, and Allah, may He be glorified, will make it like dust in the air.” Thawbaan said, “O Messenger of Allaah, describe them to us and explain this so that we will not unwittingly be among them.” He said, “They are your brothers and they look like you. They pray at night as you do, but if they had the opportunity to violate the limits set by Allaah, they would do so.”[1]

If I may be so bold as to say, I would suggest that the basic reason for a lot of the aforementioned scenarios is the lack of sound Islamic knowledge or righteous company. This is wonderfully exemplified by an account a brother told me of his first meeting at his firm to set up a Muslim Network. There was a mixed attendance, and one sister’s opening comment was, “let me just say from the outset, that this Muslim network has nothing to do with Islam!”For some, Muslim networks and suchlike are nothing but vehicles to promote themselves and network to further their own careers – such people are benefiting from Islam, rather than aiding it and when it suits them they will wear the “Muslim” hat. (this is none better exemplified than the Islamic Finance Industry – many people involved in the industry are far removed from practising Islam, but are active proponents of the industry since it is a cash cow for them.)

A correct understanding of Islam and our role in all the different facets of our lives should dictate how we interact in each sphere. Purifying our intention and constantly checking it needs to be a part of our nature, as well as ensuring we are within the boundaries ordained by our Creator. Being a part of a Muslim Network or Isoc is particularly hazardous because there are issues of ibadah and custom that need to be navigated. It is better we question ourselves now lest we come on the Day of Judgement as losers as per the verse,

“Say: Shall We tell you of the greatest losers in respect of (their) deeds? Those whose efforts have been wasted in this life while they thought that they were acquiring good deeds”.[2]

Notes:
Sources:www.islam21c.com
Islam21c requests all the readers of this article, and others, to share it on your facebook, twitter, and other platforms to further spread our efforts.
[1] (Reported by Ibn Maajah, no. 4245. He said in al-Zawaa’id: its isnaad is saheeh and its men are thiqaat. See also Saheeh al-Jaami’, 5028).
[2]  (al-Kahf, 103-104)
Share. Facebook Twitter LinkedIn Email Telegram WhatsApp
Previous ArticleSingle Ever After
Next Article Muslims should be the Conscience of Britain

Umer is Islam21c’s Finance Editor. He holds a PG Diploma in Governance Risk & Compliance from Manchester Business School, is one of the founding members of the National Waqf Fund and currently heads the Business and Economics Committee for the Islamic Council of Europe. Umer also serves as an External Consultant for Islamic Finance Council UK (UKIFC).

Umer has advised several start-ups, as well as the UK government, on alternative finance schemes and actively serves as a non-executive advisor in the FinTech and Islamic Finance space, amongst whom is the UK’s first FCA authorised Shariah Compliant FinTech platform, Yielders.