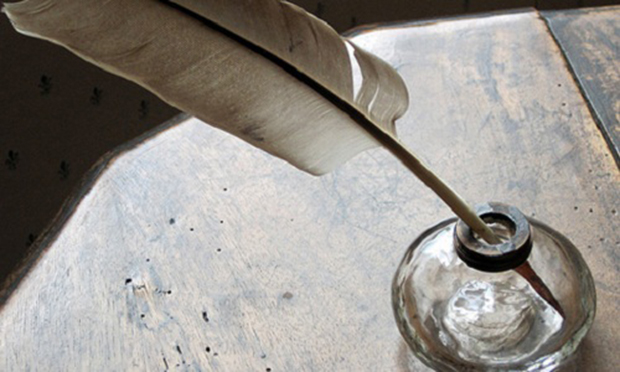 The US led War on Terror, commonly understood by Muslims as a war on Islam, has resulted in close scrutiny of Islamic faith schools especially within Western liberal societies.  This has resulted in exacerbating the image of Islamic schools as a precursor to radicalisation.  One of the allegations against these educational institutes is the charge of indoctrination.  A charge that the government cannot ignore and a charge that I will attempt to refute by exposing the incorrect premise it is based upon. In doing so, I address the causes behind why individuals educated within a secular educational system may label Islamic education as indoctrinatory. This debate is an old and complex one involving two visions of reality, one system accepting only the physical while the other incorporating the physical within its metaphysical vision.
Liberal education is analysed through the commonly accepted Hirst and Peters’ model detailing the underlying philosophies. The concept of autonomy plays a crucial role in this debate and is viewed from the Islamic and liberal perspectives highlighting the root causes of the allegation.  Islamic education nurtures and develops both the material and spiritual nature of the human being intending to educate human beings into submitting to Almighty God.  To carry out a fair analysis, both liberal education and Islamic education shouldbe evaluated. I use Michael Leahy’s concept of indoctrination to argue the case that Islamic education need not be indoctrinatory and recommends that a fair comparison be carried out when investigating Islamic education.
The government has found itself in an awkward situation – on the one hand it cannot permit any institution to actively indoctrinate its citizens whilst on the other hand it has to allow minorities to live as they choose within a liberal society.  Of course, faith schools are a deeply contentious issue especially within a Britain that prides itself as a secular society.  Despite this there are currently over 100 Muslim schools in Britain; the taxpayer funds seven of them. However their status within British society remains seriously contested. David Bell, Chief Inspector of Schools and head of Ofsted[1], when mentioning Muslims schools said that they ‘do not fit pupils for their lives as Muslims in modern Britain’.[2]  The head of the Association of Muslim Schools challenged Bell’s comments as ‘Islamophobia’.  He explained that Ofsted had based their research upon 18 of the 50 Muslim schools as incompetent in teaching ‘tolerance’.  However, what Bell failed to highlight was that 17 of the 40 evangelical Christian schools inspected failed in the same area that is 6.5% more than the Muslim schools. Despite Bell’s clearly biased comments, the government has approved funding for further faith schools.[3] It is issues like these that highlight the very real nature of this debate.
Faith schools in Britain are not new; for centuries Christian schools have been part of this country’s tradition and history.  However, when it comes to minority faith schools such as Islamic ones, a debate erupts which fails to recognize the simple fact that ‘Muslims are the largest religious minority in Britain’.[4]  This debate can be said to be of two types, Muslims schools are divisive and appear to worsen social cohesion, and secondly, that Islamic education is indoctrinatory and prevents learners from being autonomous.
Defenders of faith schooling argue their case in a number of ways: their academic results are generally better than the state system; parents have a right to send their children to a religious school; faith schools promote strong moral and ethical values; the state in funding these schools helpsto create a diverse society.  It could be said that as faith schools promote strong ethical and moral values this should aid social cohesion, however these arguments do not address the main philosophical issue of indoctrination and it is this issue that this thesis will be addressing.[5]
According to the ‘liberal’ concept of education indoctrination is perceived as the antithesis of what is understood by the term ‘education’. It is imperative that you understand the underlying philosophies of the liberal concept of education; therefore, I will partially focus upon the ‘liberal’ concept of education, its aims and objectives. The aims and objectives of this concept of education pave way to the notion of autonomy, which can be said to be synonymous with the term education from the liberal perspective. This will entail exploring what autonomy implies and how the liberal educational process sets out in achieving this from its philosophies. The findings from the concept of ‘liberal’ education from the second article will be contrasted with the findings from the concept of Islamic education in the third article.  It is important to detail both of these educational philosophies as this will aid my main argument and should provide the reader with a clear understanding of both educational processes. This will effectuate a deeper understanding of the inconsistency of the charge of indoctrination levied on Islamic education.
Within a liberal society such as ours, religion is treated as faith in a belief system, which is not-known-to-be-true. Using this premise, teaching any propositions which qualify this would be considered indoctrination. If such a proposition is believed to be true on a governmental level then this has serious implications with regards to the management of education within this country.  How would a government justify the funding of such educational institutes?  On the other hand if the government ceases its funding for faith schools then it might be perceived to be intolerant to the minorities which this liberal society consists of.  Alternatively, private schools might teach certain ideologies which might be perceived by the state as dangerous.  From the point of view of managing education the state has a fine line to tread between ensuring its citizens receive education whilst at the same time not be seen to curtail the freedom of its citizens in choosing a faith school for their children.

Notes: Article one: Introduction
Sources:www.islam21c.com
Islam21c requests all the readers of this article, and others, to share it on your facebook, twitter, and other platforms to further spread our efforts.