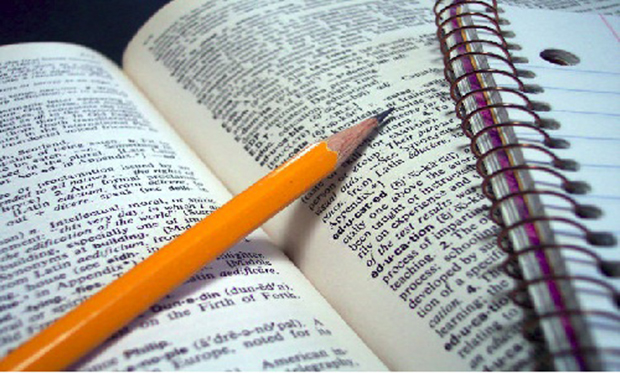 This is the fourth article in the Islamic Education Series. Click here to read part three.

It may be a surprise to many how little has been written by academics regarding Islamic education. History bears witness to the richness and depth of Islamic education dating back some 1400 years. It may also come as a surprise that Islamic academia lead the world for several hundreds of years through every known academic field. Knowledge and education was always at the heart of the Islamic empire that stretched from western Morocco to the far eastern shores of Indonesia. At a time when Europe was in the ‘dark ages’ Muslims were studying theology, medicine, astronomy, philosophy, and geology in their Islamic educational institutes predating western universities by several centuries.[1]

The aim of this article and the next one is to explore the concept of ‘Islamic’ education in order to enable the reader to develop a comprehensive understanding of the philosophical variances when contrasted with the ‘liberal’ concept of education, as detailed in the previous section.

Knowledge holds a very high status within Islam therefore this article will detail the importance of knowledge by exploring what role it plays within Islamic education.  The next article will detail the concept of Islamic education by analyzing the basic components and what role they play within the overall understanding of education. It will be intriguing to see how the concept differs from its liberal counterpart vis-à-vis the underlying philosophies. It will be interesting to see the aims and objectives of Islamic education in chapter three, and how they differ from the aims of liberal education as discussed in the previous chapter. It is well known that most religious forms of education have a spiritual dimension incorporated within it; Islam is no exception to this. There is tremendous emphasis to develop the spiritual side of the human being and a great deal of education is geared towards that cause. The subsequent articles on Islamic education address spiritual education and how the human being can be promoted through its levels by cultivating the soul, as well as discussing the differences between the liberal and Islamic concepts of education and attempts to highlight the reasons behind those differences.

From the very beginning Islam has put a great emphasis upon ‘ilm (knowledge), giving it a central role and making it compulsory for Muslims to acquire. It needs to be understood that there are two fundamental sources of knowledge in Islam, the Qur’an and the Sunnah (the sayings and actions of the Prophet (peace be upon him)).

The very first verses of the Qur’an that were revealed to Prophet Muhammad (peace be upon him) were directly related to education,

Read!  In the Name of your Lord, Who has created (all that exists); He has created man from a clot (a piece of thick coagulated blood); Read!  And your Lord is the Most Generous; Who has taught (the writing) by the pen; He has taught man that which he knew not.[2]

To emphasis the importance of education it can be seen that the first word to be revealed was ‘Iqra’ (read). There are numerous references in the Qur’an that place knowledge at the forefront of all things,

‘…Allâh will exalt in degree those of you who believe, and those who have been granted knowledge.’[3]

In fact, the prerequisite to imaan (the concept of faith and belief in Islam) is knowledge as can be seen from this verse,

‘So know, that there is none that has the right to be worshipped but Allâh.’[5]

There are also numerous narrations from Prophet Muhammad (peace be upon him) that make explicit the importance of seeking of knowledge,

‘Seeking knowledge is obligatory upon every Muslim’.[6]

The Prophet (peace be upon him) in another narration recommended every Muslim to seek knowledge by stating, ‘…Whosoever follows a path to seek knowledge therein, Allah will make easy for him a path to Paradise….’[7] thus clearly indicating that the seeking of knowledge is a lifelong activity with no upper limit.

The Islamic philosophy of education bases itself on the belief that God, the ultimate-knower, taught man the knowledge of things.[8] God being the Teacher has elevated knowledge and seeking knowledge to the highest status and has created the link between knowledge and knowledge sharing.  Adam (peace be upon him), the first human being according to Islamic theology, was made ‘vicegerent’ on earth because God had ‘taught Adam the nature of things’.[9]The angels were told to ‘prostrate[10] before Adam’[11] as a result of God teaching him the nature of things. This underpins the high status of knowledge in Islam and is reinforced by a rhetorical question raised in the Qur’an, ‘Are those who possess knowledge and those who do not on equal footing?’[12] (Shah 2006)

Shah (2006) deduces three points from this event that knowledge ultimately lies with God whereas humans possess limited and fragmented knowledge; secondly, knowledge and the passing on of it are Godly attributes; and thirdly, knowledge and the sharing of knowledge (teaching/learning) are the sources and justification of status and piety.

In the Islamic worldview of tawheed (divine unity), knowledge is holistic without any compartmentalization into the religious or secular domains. Both types of knowledge support the strengthening of faith, the former through a careful study of the revealed Word of God and the latter through an accurate and detailed, systematic study of man and nature.

Knowledge according to Islam is generally understood to be of two categories, ilm naqliyya (knowledge revealed from God) attained through the religious sciences, and ilm ‘aqliyya (humanly constructed knowledge) attained through rational, intellectual and philosophical inquiry.  The Qur’an makes it clear in numerous places that God is the source of all knowledge.[13 Ilm naqliyya would manifest via the Qur’an and the sayings of the Prophet (peace be upon him) as Muslims believe that he was divinely inspired in everything he mentions regarding religious matters.

The next article, Allah willing, shall explore the concept of education in Islam.

Notes: This is the fourth article in the Islamic Education Series. Click here to read part three.
Sources:www.islam21c.com
Islam21c requests all the readers of this article, and others, to share it on your facebook, twitter, and other platforms to further spread our efforts.