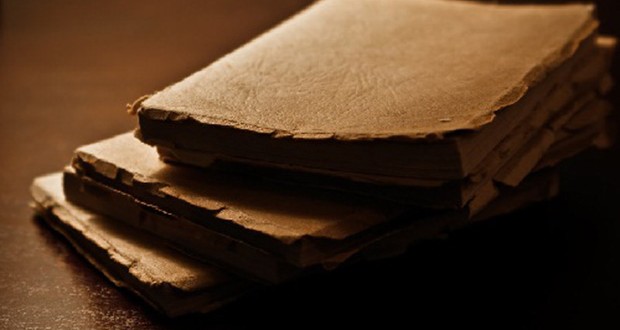 Linking Qur’anic and modern conflicts – the Poetry of the Taliban

“We Afghans are very emotional people. Even if these songs go against who I am and what I work for, I still feel something in my chest every time I hear those words being sung.”

Felix Kuehn and Alex Strick van Linschoten’s latest contribution to the discussion revolving around the nature and role of the Taliban takes the form of a book of poetry which features work of the Taliban pre and post 11 September 2001. The above quote which they use near the beginning of their introduction, comes from an anti-Taliban government official, who recognises the emotion and sentiment that the Taliban espouse through their poetry, particularly striking due to his appreciation of their words. What is interesting, is not necessarily the value of the poetry in terms of its technical ability (as that would be difficult to assess without understanding of the original Pashto) but rather the themes and messages that pervade the various pieces that are presented throughout the book.

Kuehn and Strick have attempted to group the poems they present in a format that is understandable and recognisable. Their introduction particularly highlights some of the themes which are of particular concern to the Taliban. Amongst them and important to my own work, is the issue of detentions in Bagram and Guantanamo Bay. In poems throughout the compilation, these prisons are used as a symbol of arbitrary detention and oppression. The poem Slave by Danesh highlights the sense of grief felt for those detained,

You jailed many religious scholars in Cuba’s Bay
Karzai! They are treated cruelly there. When Danesh observes such cruelties
Karzai! Everyday he hopes for death while he prays.

Much of the Taliban’s poetry in this volume places itself within the context of the oppression and grief that the Afghans feel not only in terms of the current conflict, but also historically. Thus there are mentions of Malalai, the British-Afghan conflict, the Soviets and other times and places around the world. However, there is also a religious current that flows through the poems, a recognition that troubles the region has faced, places itself within a much longer conflict, one that is effectively between good and evil. While the authors have readily identified some of the main themes, I want to focus this review around some of the links that the Taliban make to the Qur’an, and how they relate that to their contemporary situation.

The Qur’an is littered with stories and references to the conflict between Moses and Pharoah, in fact, to such an extent that in a narration of the Prophet Muhammad, he said that, “The Qur’an is almost about Moses”. The significance of this conflict, is that it is the historical representation of the battle between an oppressor and the oppressed. Across the poems in Poetry of the Taliban the constant use of Pharoanic imagery is utilised in order to tie the Qur’anic understanding of oppression to the modern day conflicts that the Taliban have been fighting. This theme is not limited to the Taliban, but rather has found itself as a reference point through much of Muslim history – an example being that of the late key member of the Ikhwaan-ul-Muslimeen, Zainab al-Ghazali who called her memoirs in detention, Return of the Pharoah.

The consistency of the Pharoanic reference again permeates the poems in different forms, whether it be the ghazals or quatrains, to the time they were written, before and during the current conflict in Afghanistan. In the section Before September 11 the poem Change gives the first indication of how the Qur’anic story is used,

The spring of change needs blood to rain down,
It requires the irrigation of the gardens with blood.
Valuing the blood of the people of the past
Requires the price of human blood.
Each drop of it has become a Nile of the dawn’s blood;
The Pharoahs want to fill the Nile with blood

The concept of sacrifice in relation to Pharoah is evoked implicitly as the blood that is shed is that of the oppressed. The Qur’an makes mention of the sacrifice of the magicians who forsake Pharoah for the religion of Moses and are crucified for their new found belief. They are held to be examples of those who are martyred for believing in God, and also for standing up to an oppressor who threatens them with punishment. Their analogy of President George W Bush as a modern day Pharoah is drawn out clearly in I tell this to Bush!

There is no Pharoah now, but you made a Pharoah of yourself.
Every human in this world now looks like an enemy to you
With whose blood you relieved your thirst again.

The poetry links the ancient past with the modern day present, but at times becomes transnational as they invoke conflicts outside the theatre of Afghanistan. In the pre-9/11 poem, Blood Debt, such references show such references as both a historical and globalised conception of their struggle,

Moscow still owes us blood,
I write the terms of my debt on the chest of the arrogant.
They will ride the white horses in the red field,
Then we will install the white banner on the Kremlin’s chest.
The day of red blood will become red with the Red’s blood,
The knife that is stuck into the Chechen’s chest today.
My enemy, go and read the history of heroism,
There is a page written about Macnaghten’s chest.
The Pharoah of the time send arrows everywhere, These arrows will finally strike Washington’s chest.

The Qur’anic referencing to the battle between oppressed and oppressor is not limited to the story of Moses and Pharoah – the works also refer to Abraham and Nimrod, and specifically the latter’s desire to kill the apostle of God, as mentioned in Abraham’s Love,

However much Nimrod tried to throw him to the fire,
But by the love of Abraham, the fires were astonished

Such examples of the use of Qur’anic imagery as a juxtaposition to the modern conflict is summarised well in the poem Good News which references at least three stories relating to Abaraha, Pharoah and Nimrod,

The Poetry of the Taliban as a work needs to be read, understood and respected for what it brings to the debate – a better understanding of who the Taliban are, and what is important to them. They love their country, their brothers, but most of all their religion. The use of the imagery as explained above, provides an insight into their worldview, one which places their obligations to their religion not within a conflict that is now eleven years old, but one that could be viewed as being thousands of years old.

2012-05-17
Asim Qureshi
Previous: The Responsibility of the Muslim Community to Oppose the Gay Marriage Bill
Next: Islamic Education Pt 7: Method of Educating the Nafs (Self)