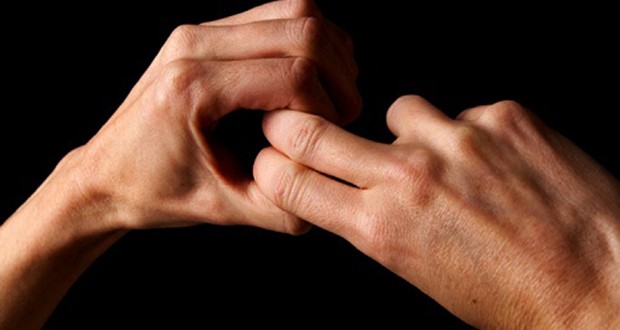 Being Deaf and Muslim

A deaf brother walks into the Mosque and begins his ablutions incorrectly. A few elderly men mock his mistakes. Fortunately, a brother who is able to sign is present, and helps the deaf brother perform his wudhu correctly.

Recalling the above incident, Sarah* says, “For me, that was disgusting. These were adult mosque elders violating the Prophetic example in the mosque itself by mocking someone instead of teaching or helping them.”

Sarah has been working with the deaf community for the last ten years. Previously, whilst working for a mainstream deaf organisation, she realised that over 95% of its users were Muslim, who were suffering from an acute lack of provision of deaf-friendly Islamic education. This led her to starting her own classes for deaf girls and she is now preparing a tailored modular Islamic Studies course.

The need for such a service is certainly there. Thirteen year old Basma* is adamant, “My faith is important to me. I am a Muslim and just because I am deaf it does not give me an excuse not to practice Islam.”

Born with a profound bilateral hearing loss, Basma is excelling at school and attends madrasah in the evening. Visual tools such as interactive whiteboards and PowerPoint presentations make her learning experience an easier one.

Is there ignorance surrounding deafness in the Muslim community? For Sarah, there is but it’s not deliberate. “It’s more fear of the unknown. The younger generation are much more open. There’s definitely an interest but not necessarily awareness.”

Young children play a vital role in increasing deaf friendly provision. “We have to teach and empower children so that they don’t feel hesitant in approaching deaf individuals,” says Sarah.  According to Basma, when children are not taught they find it much more difficult to understand how to treat deaf people. To mock or hurt someone on the basis of their disability is abhorrent. It is the attitude of our young people which will form the basis of how the British Muslim community moves forward in terms of inclusion.

When it comes to being ‘inclusive’ or treating those who are commonly discriminated against with dignity, the Prophet (peace be upon him)’s selection of his mu’addhins (a prominent position of one who proclaims the call to prayer) speaks volumes. The first was Bilal b. Rabah, a former black slave, and the second was ‘Abdullah b. Umm Maktum who was blind.

To further accommodate deaf individuals Basma suggests, “Muslims can use different techniques other than just speaking. I think that they should be taught how to talk to deaf people e.g. facing towards them, not shouting, and not speaking too quietly, not too fast or too slow. It would also be helpful if Islamic DVDs and video clips had subtitles.”

Sarah would like to see signing become commonplace at Islamic events. She cites successful examples in London and Leeds where the Friday sermon (khutbah) is interpreted by BSL (British Sign Language) interpreters and thinks other Mosques across the country need to get on board. Organisations such as Muslim Deaf UK and Al-Isharah work in collaboration with mosques to provide these services. Moving on to a wider issue, Sarah rightly points out that “our mosques in a general sense aren’t very disabled-friendly. It’s not just an issue about deaf people, but also those who are disabled in other ways. We need more access.”

*Names have been changed upon request

Notes:
Islam21c requests all the readers of this article, and others, to share it on your facebook, twitter, and other platforms to further spread our efforts.