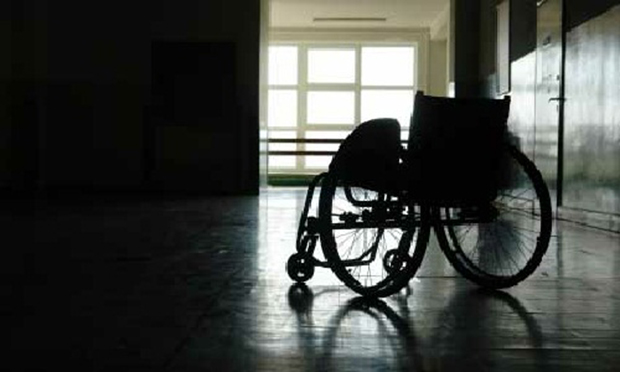 Our last article by Somayya Patel discussed the plight of deaf and disabled Muslims in the UK and their lack of access to Islamic education. This week, we are continuing the theme of Muslim attitudes to disability.

Social inclusion for ethnic minorities is a big issue, and when you are disabled, you are a further minority within a minority, and feelings of marginalisation and isolation are realities for many. However, there is light amongst the darkness. And this is perhaps an opportunity to draw attention to one organisation that is truly making a difference on the ground. UK-based Kitaba, the Islamic Texts for the Blind project, is a social enterprise community project dedicated to empowering and promoting the growth and wellbeing of visually impaired Muslims and their communities. They endeavour to do this through meeting their religious, educational and developmental needs, with the aim of advancing accessibility and raising awareness.

This year, Kitaba released a book called “Umra Diaries: A Journey on the Path to Inclusion”. It follows the tradition of pilgrimage diaries written by Muslims in the past such as “Road to Mecca” by Muhammad Asad, a German Muslim, and “A Princess’s Pilgrimage” which details the travels of an Indian Princess. “Umra Diaries” elaborates on the deep emotions and feelings of a group of blind and disabled Muslims from the UK and Denmark as they embark on a spiritual journey of a lifetime. Many have faced exclusion and discrimination both from the Muslim community and beyond earlier on in their lives, but with Shaykh Abdul Aziz and Kitaba they have a newfound optimism with regards to their lives and the experiences they have access to. As they prepare for their journey, Ricardo, a wheelchair-bound South American Dane says he is looking forward to being the eyes of his blind companion Balal, while Balal will be his legs as he pushes the wheelchair. Thus, each companion becoming an aid to the other.

However, their Umra journey is certainly not easy, and not without prejudice. People fail to recognise Balal’s white stick as a sign of blindness, and Ricardo’s companions have to protest on his behalf to make sure he has a wheelchair access room at the hotel. However, there are also moments of joy. Balal, describes the emotions he went through when he came across a Braille Qur’an in the Prophet’s mosque in Madina. He says how “in the world there are two places where everyone should be treated as an equal; Makka and Madina” and coming across the Braille Qur’an gave him a wonderful sense of “being included and part of the community”.

Braille is a system of writing designed by Louis Braille, a blind French musician and educator, in 1825. However, there have been suggestions of an earlier reading system invented 600 years before Braille by Ali b. Ahmed al-Amidi, a blind Syrian scholar. The latter news is probably unheard of by many, and is perhaps reflective of how far we have departed from this way of thinking. Perhaps the issue is that in the east, Muslims tend to come from oral traditions, where the writing system has not always been very important. However, living in the UK, where there are thousands of both blind and deaf Muslims, this is something that the Muslim community really needs to champion and take forward.

Every society is made up of different kinds of people, and it is the beauty of the diversity that makes a vibrant and rich community. Even amongst the first generation, there was diversity amongst the companions. Abdullah b. Umm Maktum was blind. He witnessed the rise of Islam in Makka and was amongst the first to accept it. He lived through the persecution of the early Muslims, and experienced all they experienced. He was not side-lined, but rather, he was a prominent member of Medinan society. Indeed he had the great honour of being appointed the Prophet’s mu’adhin, along with Bilal b. Rabah. Thus, in the early Islamic community, we see how minorities were treated. The Prophet Muhammad (peace be upon him) gave time to the downtrodden, the oppressed, and those that society looked down upon, and he raised them, comforted them, gave them an equal footing and made them part of the brotherhood. This is our tradition, and one that we must indeed bring back to life in our communities.

It is fitting that this article should end with mention of the co-founder of Kitaba, Imran Sabir. He was a Glaswegian Muslim who suffered from a rare genetic disease which eventually led to his departure from the world in 2009 at the young age of 33, at which he had already achieved much. Upon his passing tributes poured in from across the globe, and scholars like Imam Zaid Shakir, and Imran’s own teacher, Shaykh Abdul Aziz, wrote touching and moving accounts of his life, personality, and achievements. It was Imran and his vision that contributed to the establishing of Kitaba and made it what it is today.  By overlooking people with disabilities, people are overlooking a vast resource that could otherwise enrich the community, and at the same time, they are failing in the great Prophetic act of uplifting and protecting the rights of those society has marginalised. It is the legacy of people like Imran that needs to be continued: their vision for inclusion in a community where, just like in the spirit of Hajj or within the ranks of prayer, each is considered an equal of the other. Indeed, as Allah, Most High, says in the Qur’an:

“…Surely, it is not the eyes that are blind. Rather, blind are the hearts within the breasts.”[1]

Sources: www.islam21c.com
Notes:
Islam21c requests all the readers of this article, and others, to share it on your facebook, twitter, and other platforms to further spread our efforts.
[1] Al-Quran 22:46
Fazila Bux
Share. Facebook Twitter LinkedIn Email Telegram WhatsApp
Previous ArticleIslamic Education Pt 9: The Concept of Indoctrination
Next Article The True Muslim