Insulting the Prophet – The beginning of the end 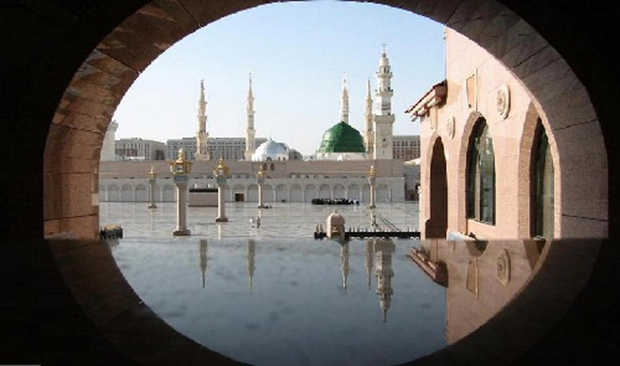 “If I was sure I would be faithful to him, I might hope to meet him, and if I were with him, I would wash his feet.” – Heraclius, Emperor of the Byzantine Empire[1]

The Prophet Muhammad (sall Allāhu ‘alayhi wa sallam) stands alone as the most remarkable and influential figure in human history. He was described by Michael Hart in his The 100 A Ranking of the Most Influential Persons in History as “supremely successful” in both the religious and secular realms. He was the ascetic who spent his nights weeping to God and standing in solemn prayer until his feet swelled; He was the military commander who launched 19 battles, fighting in 8 with sword and shield in hand, unifying the tribes of the Arabian peninsula, shaking the foundations of the Byzantine empire and demolishing the Persian empire. He was the diplomat who negotiated treaties with heads of state, never breaching his word or compromising his integrity. He was the head of state who transformed the marauding Bedouin Arabs into a sophisticated, well-organised and just society. He was the loving grandfather, devoted to his children and grandchildren, remaining in prostration for extended periods until his grandchildren finished playing on his back. He was the loving husband who described his wife Aisha as the most beloved person to him, treating her with the affection and romance of a true gentleman, breathing his last breath while resting in her arms. He was the quintessence of human perfection and refined character. He was the leader who stands tall above all other leaders.

For Muslims, he is the Messenger of God. The final Prophet sent to mankind to complete the legacy of Abraham, Moses and Jesus. He was known by his community prior to Prophethood as ‘as-Sādiq’ (The Truthful) and ‘al-Amīn’ (The Trustworthy). And at the age of 40 he was visited by the angel Gabriel who revealed the very first verse of the Quran, “Read. In the Name of your Lord, who created”. This remarkable journey continued for another 23 years until the Prophet Muhammad (sall Allāhu ‘alayhi wa sallam) discharged the responsibility entrusted upon him of conveying the final revelation.

Late in the 19th year of Prophethood, on his return from signing the Treaty of Hudaibiyah that guaranteed peace between the early Muslims and the pagans of the Arabian Peninsula, the Prophet Muhammad (sall Allāhu ‘alayhi wa sallam) sent letters to the kings beyond Arabia calling them to Islam. In order to authenticate the credentials of his envoys, a silver seal was made in which were graven the words, “Muhammad the Messenger of Allāh.”[2]

The manner in which two of these letters were received reveal much of the mindset of their respective civilisations, but more importantly, they provide an insight into the final end of those who ridicule or insult the Prophets of God. The first of these letters was sent to Heraclius, King of the Byzantine Empire, also known as the eastern Roman Empire with its capital in Constantinople. It simply read:

“In the Name of Allāh, the Most Beneficent, the Most Merciful. From Muhammad, the slave of Allāh and His Messenger to Hercules, King of the Romans. Blessed are those who follow true guidance. I invite you to embrace Islam so that you may live in security. If you come within the fold of Islam, Allāh will give you a double reward, but in case you turn your back upon it, then the burden of the sins of all your people shall fall on your shoulders”[3].

The response of Heraclius was completely consistent with an empirical rational approach that was to become the forte of progressive western societies. He investigated, questioned and then arrived at an evidence-based conclusion free of bias. He summoned Abu Sufyan, who was then the chief of the pagan Arabs and an adversary of the Prophet Muhammad (sall Allāhu ‘alayhi wa sallam), and placed behind him his companions, instructing them to contradict Abu Sufyan if he spoke a lie. Heraclius then proceeded to interrogate him regarding this man who claimed Prophethood. Abu Sufyan answered as follows:

“Muhammad descends from a noble family. No one from his family has ever assumed kingship. His followers are those deemed weak with numbers ever growing. He neither tells lies nor betrays others, we fight him and he fights us but with alternate victory. He bids people to worship Allāh Alone with no associate, and abandon our fathers’ beliefs. He orders us to observe prayer, honesty, abstinence and maintain strong family ties.”[4]

The response of Heraclius reveals a leader who was endowed with some wisdom and understanding and knew too well the lofty status of the Prophets of God. He neither mocked the call of the Prophet Muhammad (sall Allāhu ‘alayhi wa sallam), nor accepted it blindly but verified his claim:

“I fully realise that Prophets come from noble families; he does not affect any previous example of Prophethood. Since none of his ancestors was a monarch, we cannot then allege that he is a man trying to reclaim his father’s monarchy. So long as he does not tell lies to people, he is for the more reason, immune to telling lies as regards Allāh. Concerning his followers being those deemed weak with numbers ever growing, it is something that goes in agreement with questions of Faith until this latter assumes its full dimensions amongst all places and all peoples. I have understood that no instance of apostasy has as yet appeared among his followers, and this points to the bliss of faith that finds its abode in the human heart. Betrayal, as I see, is alien to him because real Prophets hold betrayal in abhorrence. Bidding worship of Allāh with no associates, observance of prayer, honesty and abstinence and prohibition of paganism are traits bound to subject to him all my possessions. I have already known that a Prophet must arise but it has never occurred to me that he will be an Arab from among you. If I was sure I would be faithful to him, I might hope to meet him, and if I were with him, I would wash his feet.’[5]

Being a people of Christian faith, endowed with knowledge of the Gospels they fully recognised the Prophethood of Muhammad (sall Allāhu ‘alayhi wa sallam). More importantly they understood that venerating the signs of this Prophet such as his letter, was a sure means of preserving their kingdom.

The second of these letters was sent to Chosroes, Emperor of the Persian Empire. It stated simply:

“In the Name of Allāh, the Most Beneficent, the Most Merciful. From Muhammad, the Messenger of Allāh to Chosroes, King of Persia. Peace be upon one who follows true guidance, believes in Allāh and His Messenger and testifies that there is no god but Allāh Alone with no associate, and that Muhammad is His slave and Messenger. I invite you to accept the religion of Allāh. I am the Messenger of Allāh sent to all people in order that I may infuse fear of Allāh in every living person, and that the charge may be proved against those who reject the Truth. Accept Islam as your religion so that you may live in security, otherwise, you will be responsible for all the sins of the Magians.”[6]

The reaction of the Persian emperor reveals ignorance of Prophethood, and a level of arrogance that would prove to be their own downfall. The proud monarch was enraged by the style of the letter as the name of the Prophet had been put above his own name. He tore the letter into shreds and forthwith dictated a command to his viceroy in Yemen to send troopers to arrest the Prophet and bring him to his presence. The Prophet Muhammad (sall Allāhu ‘alayhi wa sallam) upon hearing of how his divine call was received invoked God against him, “May Allāh tear up his kingdom.” As soon as the troopers reached the city of Madinah, the Prophet was informed by Divine Revelation that the emperor of Persia had been murdered by his own son. The Prophet disclosed to them “my Lord has killed your lord.” The news stunned the troopers, and the Prophet instructed them to tell their new monarch that Islam would prevail everywhere and outstrip the sovereignty of Chosroes himself.

Where is the Persian Empire today? Consigned to the annals of history, no trace remains of their kingdom and their proud rulers have left no legacy. Poignantly, the divine retribution for insulting the Prophet Muhammad (sall Allāhu ‘alayhi wa sallam) by tearing up his letter was to have their ancient and proud kingdom torn to shreds.

So what of those today who insult the Prophet Muhammad (sall Allāhu ‘alayhi wa sallam) through ridicule, smutty cartoons and low budget films? The divine precedent remains exactly the same. Muslims believe that God has sent His Prophets and given people the choice to believe or disbelieve, promising each their due recompense. He has however given no license to insult, ridicule or mock his Prophets. The message of the Prophets of belief in one God and that He alone deserves worship must remain in its pristine condition, accessible for all people at all times. It must not be permitted to be disfigured by venal individuals who seek to gain profit through peddling vile obscenities, courting controversy and offending the sensibilities of countless millions.

So where you find a culture or civilisation attacking the persona of the Prophet Muhammad (sall Allāhu ‘alayhi wa sallam), it is a sure sign of the beginning of their end. A sure sign that they have become so intoxicated with the perception of their own power that they no longer see truth from falsehood, morality from obscenity, or that which benefits them from that which destroys them. Where you find a civilisation that respects and honours the Prophet Muhammad (sall Allāhu ‘alayhi wa sallam), even if they do not profess faith in his religion, then that is a sure sign of a nation endowed with some wisdom and knowledge, and of a civilisation that has taken its precautions to preserve its very existence.

This article was originally posted in January 2014

Notes: Islam21c requests all the readers of this article, and others, to share it on your facebook, twitter, and other platforms to further spread our efforts.