He described water to be water 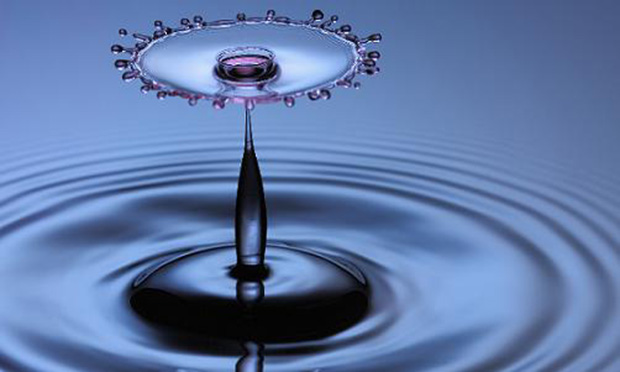 Back when I was in university, I sat in a lecture where we discussed Arabic literature and in particular the poetry of western migrants such as Iliyya Abu Ma’adi. One of the poems was entitled “Life and Love”. After reading the poem the lecturer asked us what we thought the main theme of the poem was about, to which a brother replied, ‘Love!’ Our lecturer was feeling in a light mood and quoted the famous Arab proverb, “And after much effort, he described water to be water” to which the students burst out in laughter. Funny although it was, the proverb triggered a series of thoughts in my mind.

Reading the book At-Ta’aalum (loosely translated as ‘pretending to have knowledge’) by the esteemed scholar Sheikh Bakr Abu Zayd, I came across a few remarkable comments that highlighted a stark reality of our time.

He quoted a narration of Ali (may Allah be pleased with him) where he said,

“Knowledge is a (sublime yet simple) matter which has been multiplied by the ignorant,”

meaning that knowledge is in fact simple yet unique and scrupulous. However, the ignorant try and comment and speak about knowledge using many words but bring about no benefit. This statement was so significant that it became the subject of many explanations such as Ziyaadatul Bast fee Bayaan al ‘ilm Nuqtah by An-Naabulisi (d.1142 hijri) and another commentary by Sheikh Ahmed al Jazaa’iri (d. 1320 hijri), as well as others.

“The words of the scholars of the past were few, yet they were blessed. As for the later scholars, their words were many but with little blessing.”

Attending lectures especially English lectures I have come to realise this dark reality. Many people speak (and write) but in reality the benefit behind their words are few. The habit of ‘waffling’ has become too apparent. I once remember hearing a brother who was confused about a particular scholar and why he was respected by so many people despite the fact that the particular scholar didn’t really write any books or articles. Then after gathering my thoughts, I realised the reality of the matter – The true ‘aalim ar-rabbaaniy is the one who is able to move the masses according to their level of understanding. Someone who sparks the light of eeman and himmah in one’s heart by setting a beautiful example in conduct and manners. Above all, his words are like hidden treasures. Whatever he says benefits all, and every word he will say is anticipated.

Unfortunately, many of us who preach and give sermons have turned into Qassasoon, mere story tellers who only light one’s aspirations for a moment and do not have the ability to provide deep insight into matters. I am not insinuating that narrating stories is a negative thing, since this is a unique Qur’anic method of propagation. However, one needs to have the ability to extract benefits and lessons from such stories that can be used as a blueprint in our day to day lives.

I recall when a brother introduced me to the book Kitaab al Qussaas by Ibn al Jawzi, which is a treatise that focuses on the art of oratory speech and in particular al Qussas. Chapter 5 of the book was summarised by the translator as follows:

“An alarming number of ignorant men and charlatans have penetrated the profession of qasas and wa’z in more recent times, and have been largely responsible for having discredited the profession in the opinion of scholars and religiously sensitive persons. These men are not to be considered genuine qussas and wu”az, but “imitators”. In their actions, their words, and their intentions they violate every qualification that a preacher should possess. In their actions they infringe even the common standards of propriety, to say nothing of the requirements of the law. In the area of speech they relate fabricated traditions, interpret the Quran in the most absurd fashion, and have a tendency to dwell on erotic themes which have an evil effect upon the audience. In the area of intention they fall equally far short of the qualifications of a genuine preacher. They preach, not to please God, but use their powers of eloquence to advance themselves socially and enrich themselves materially. Such men are to be condemned in absolutely uncompromising terms, and their meetings are to be strictly avoided.”

Having said of all of that, one has to be weary of the disease of hasad (envy) and how it can penetrate one’s heart when discussing this particular topic.

Notes:
Source; www.islam21c.com
Islam21c requests all the readers of this article, and others, to share it on your facebook, twitter, and other platforms to further spread our efforts.
Sheikh Alomgir Ali