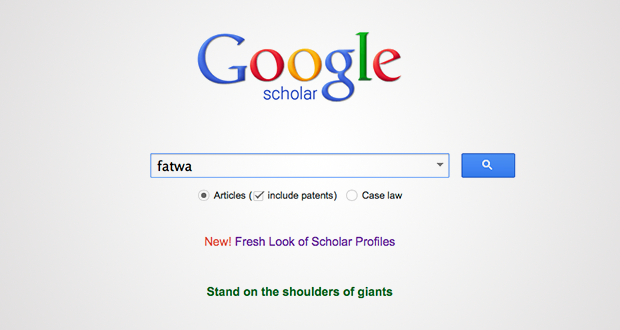 Before I started studying at The Islamic University of Madeenah, I worked as a social media officer for a well-known Muslim organisation. As time progressed, I noticed a worrying trend amongst Muslims, many of whom were speaking without knowledge by answering Islamic questions and in many cases, issuing their own fatāwa.

This phenomenon is very dangerous not only for the one speaking without knowledge, but also for the one acting upon that false knowledge. Imagine if you had a medical problem, you would never consider visiting an engineer for a diagnosis, as that would not make sense at all. A medical doctor is specialised in that field, and you would, therefore, only trust a medic with your health. So why is it that we trust unqualified people with respect to our hereafter and the wellbeing of our religion?

The advent of social media brings with it many benefits such as an increased connection with the wider world and easy access to knowledge and learning. This coupled with the recent surge in learning about the religion, through institutes, weekend courses and such, a lot of people are keen to showcase their newly acquired knowledge. However, as the saying goes, with great power comes great responsibility. Among the many problems of social media is that suddenly everyone becomes a self-proclaimed scholar. Many are often very casual and careless in passing judgments and giving religious rulings.

My warning to the Facebook Shaykh, the Twitter Mufti and the Google Aalim is: be careful when answering questions and speaking about Allāh without knowledge. Allāh warns every Muslim against speaking without knowledge, as He says:

“And follow not (i.e., say not, or do not, or witness not) that of which you have no knowledge. Verily, the hearing, and the sight, and the heart of each of those ones will be questioned (by Allāh)” [1]

The great Imam, Imam Malik  [d.791h] was once approached by a man who had travelled all the way from al-Andalus to specifically meet him and ask him questions. Out of the forty questions that he asked, Imam Malik said, “lā adrī” (I don’t know) to thirty-six to thirty-eight of them. The questioner was annoyed with the responses of Imam Malik and Imam Malik told the questioner to go and announce to his people that: “Imam Malik does not know!”

In this day and age, we find the complete opposite. Everyone wants to show how much knowledge they have and be the first to answer people’s questions, regardless of whether what they are saying is correct or not. It is better to remain silent than to speak to without certain knowledge. Imam Malik said:

“The Salaf, the Sahābah and Tābi’īn, used to regard it as makrūh (disliked) to rush to issue fatwas. Each of them would wish that someone else would take care of it, but if he realised that he had no alternative but to answer, he would do his utmost to find the ruling from the Qur’ān and Sunnah or the words of the Rightly-Guided khalīfahs, then he would give his fatwa.”

Ibn al Qayyim said that speaking about Allāh (‘azza wa jalla) without knowledge is the greatest sin that you could commit. [4] This is based on the following verse in the Qur’ān:

“Say: The things that my Lord has indeed forbidden are al-Fawāhishah (great evil sins, every kind of unlawful sexual intercourse, etc.), whether committed openly or secretly, sins (of all kinds), unrighteous oppression, joining partners (in worship) with Allāh for which He has given no authority and saying things about Allāh of which you have no knowledge.” [5]

In other words, when you are speaking without knowledge, in the religion, then in fact you are changing the religion of Allāh. Allāh says in Sūrah al-Nahl:

So what can we do to solve this problem? The solution is to return to the people of knowledge and to not speak without knowledge. There are plenty of scholars and students of knowledge on social media who are able to answer questions. As Allāh says:

“And We sent not before you, [O Muhammad], except men to whom We revealed [the message], so ask the people of knowledge if you do not know.” [7]

If you cannot refer back to a person of knowledge or do not know the answer, simply do not answer it. The scholars agree that half of knowledge is knowing when to say: “I don’t know.”