Four things to remember when reflecting on the Qur’an 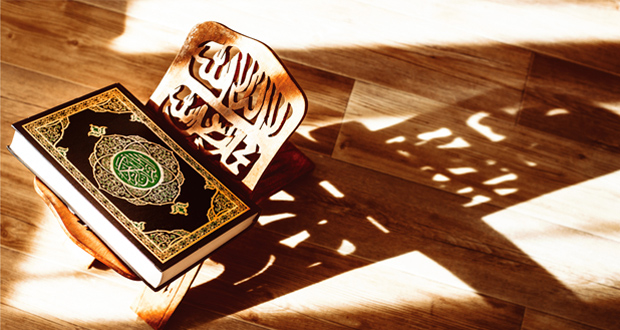 Reflecting on the Qur’ān is a sea with limitless treasures ready for the taking. In “How to Make Tadabbur in 10 Steps” and “Unlocking Quranic Reflections” we read about the importance of tadabbur, the preparation required and some practical steps in making tadabbur. The following four tips will help us maximise the effectiveness of our reflections upon the Qur’ān, by the permission and grace of Allāh.

I. When possible, consider the causes of revelation – Asbāb al-Nuzūl

Often versus were revealed in response to a question, or because of an incident or occurrence. An understanding of these incidences will provide a more valued appreciation to a verse or surah.

Whilst most of us cannot claim what Ibn Masʿūd (raḍiy Allāhu ʿanhu) did when he said: “I swear by Allāh, besides whom there is no other God, there is no Surah in the Qur’ān except that I know where it was revealed! And there is not a single verse in the Qur’ān except that I know the reason behind its revelation!”[1] And whilst not every verse has a particular Sabab an-nuzool (singular for Asbaab an Nuzool) for example: “Alif, Lām Ra. [This is] a Book which We have revealed to you, [O Muḥammad, that you might bring mankind out of darkness into the light…”[2] this should not deter us from this aspect of reflection entirely.

Begin by considering whether or not the verses were revealed before of after the migration. That is, consider: ‘Is this a Makki verse or a Madanī one?’ Whilst this requires some basic knowledge of the noble life of the Messenger (sall Allāhu ʿalayhi wa sallam), it allows readers to almost mentally place themselves amongst the environment in which the Qur’ān was revealed. For example, the subject matter of Sūrah Yūsuf indicates that it was revealed during the last stage of the Prophet’s (sall Allāhu ʿalayhi wa sallam) residence in Makkah, when the Quraish were considering whether to kill, exile or imprison him. This also meant that the persecution towards the Muslims was at its highest point. With this in mind, it intensifies the reader’s appreciation of some of the Sūrah’s key themes: patience, the triumph of righteousness over evil and the prevalent concept of trusting the decree of Allāh (subḥānahu wa taʿālā).

“Certainly has Allāh heard the speech of the one who argues with you, [O Muḥammad], concerning her husband and directs her complaint to Allāh. And Allah hears your dialogue; indeed, Allāh is Hearing and Seeing.”[3]

The sabab of this verse is simply outstanding. Imām Ahmad recorded that ʿĀ’isha (raḍiy Allāhu ʿanha) said concerning this verse:

“All praise be to Allāh, Who hears all voices”. ‘The Woman who disputed’ came to the Prophet (sall Allāhu ʿalayhi wa sallam) and argued with him while I was in another part of the room, unable to hear what she said”.

Let us reflect on this: within a house the size of a modern day box room, our beloved mother ʿĀ’isha (raḍiy Allāhu ʿanha) was unable to hear the complaints of this woman, whilst Allāh (subḥānahu wa taʿālā), from above the seven heavens and all that is between and from above His majestic Throne, was able to hear her complaints. Truly, Allāh (subḥānahu wa taʿālā) is As-Samī (all Hearing).

II. Reflect upon the names of Allāh as they appear in each verse

Let us take a second example. When Allāh addresses His Messenger for the first time He says: “Read in the name of your Lord who created.”[5] In this first experience of revelation our Messenger is introduced to Allāh by the name al-Rabb. Before our reflection can begin, a quick look at the connotations of its meaning is needed. In English, the word Rabb loses much in translation and is often interpreted as ‘Lord’; the word may even have negative connotations. However, in Arabic, al-Rabb depicts hope and related words often refer to an educator or nurturer (مربي) or a housewife (البيت ربة). With this in mind, we appreciate the verses’ message of reassurance from Allāh to his Prophet during this momentous occasion. Contemporary reciters are also reassured that this initial command to ‘Read’, is coming from a Rabb who cares and wants to nurture us and take care of our affairs.

III. Approach the verses in hope of guidance

Your approach should not be that of a critical skeptic. Leave that to the orientalists whose skepticism has neither increased nor decreased the magnitude of Allah (subḥānahu wa taʿālā).  Allāh says: “Verily, in this there is a sign; yet most of them are not believers.”[6] Those who seek to question in order to diminish the divinity of the Qur’ān are only wasting their time. They are like those who: “…if they were to see a fragment from the sky falling, they would say, “[It is merely] clouds heaped up.”[7]

The believer should approach the Qur’ān as a poor man who approaches a powerful king in his palace, hoping to walk away with absolutely any treasure, no matter how small, with the certainty that his life will be better off with it.  The believer should humble himself towards the prospect of immediate betterment giving himself entirely to the Qur’ān and, perhaps, it will return even a little to him. If a sincere person who strives to understand these verses only garners a small portion of understanding in recompense, then what minimalistic benefit does the skeptic return with?

IV. Appreciate that Revelation “got it right” in the very first instance

This thought should come towards the end of any steady period of meaningful reflection. The reader should ruminate that all the benefits, lessons, wisdoms and ways that he can now better his own life with, all taken from a single verse, had but one single chance to be presented in the beginning.

When the Messenger conveyed new revelation, it was to an audience ready to listen, memorise and preserve those words, in that order, precisely. Let us consider the last written work we drafted: a school assignment, a message on a card or letter to a prospective employer? An article for Islam21c? No matter how many times you read it back, you will always feel a sense of ill-satisfaction and wonder: ‘Should I have changed a word?’ Or, ‘Why is this sentence so poorly worded?’

The next time you reflect upon the words of your Lord, either in a Tafsīr class or listening to an online lecture on your favorite verses, remember that the Qur’ān only ever had one “version” and it transformed the world as we know it. This is a testament to the divinity of this Book. The Qur’ān is flawless and there was only ever one draft.

“Then do they not reflect upon the Qur’ān, or are there locks upon [their] hearts?[8]”

Asif is a Human Rights Solicitor working in London. He studied Law and completed his Legal Practice Course before venturing into his current filed. He has completed the Sabeel Development Programme and is involved in continued tarbiyah programmes.