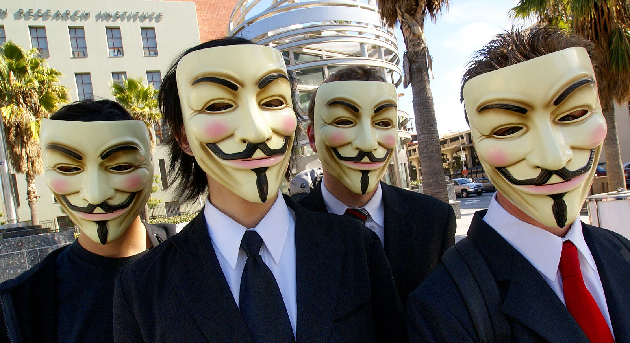 The Muslims of the U.K. clearly feel under attack and misrepresented in the main-stream media. It is an undisputed fact that Muslims are suffering from a huge campaign to “otherise” us and depict us as dangerous people who are not able to fit into Western Society.

Sadly most Muslims in the U.K. and the West have no perception of the massive well funded Islamophobia industry in the West nor what its objectives are and importantly who funds it.

This week a video entitled “Happy British Muslims” appeared on social media. Immediately many Muslims wrote comments condemning the video as unIslamic, others posted that they found that the video carried a positive message. These are issues of fiqh that scholars have already written much about and it is not my aim to go into this area.

The questions we really should be asking are the following:-

WHO are the funders behind the group Honesty Policy that made the video?

WHAT is the REAL motivation for releasing the video?

Most commentators on this video have jumped straight into the matters of Islamic fiqh (jurisprudence) either by saying that music is forbidden and so are other factors like women dancing in public, the views are polarised between haram or halal without considering that this discussion might have been one of the strategies of those who made the video.

Already the video has generated thousands of hits and thousands of comments, was division the aim of those who made it? Yet another incident where Muslims are doing what the main stream media wants in this case entering into a huge discussion which depicts Muslims as either reactionary or happy (moderate) but divided.

The picture becomes one of “integrated” and “moderate” or extreme and hardline. An article in the Independent [1] perfectly illustrates this by labeling those who have declared the actions in the video as unIslamic as “a vocal minority” with the leader of the Honesty Policy group saying the following:-

“Lots of people have an idea of Islam that you have to conform to prescribed rules to be a good Muslim, but to us, as young second and third generation British Muslims, that’s not the case”

(Do you get the irony of a group who wish to withhold their identities naming themselves “Honesty Policy”?)

Apparently Asian radio network had a huge discussion on the topic of if this video is halal or haram Islamically which just proves to me that the Muslim community are having their strings pulled again and again possibly with an aim of desensitisation against insult to those values we hold dear to us. The funders and backers of the video must be delighted as we Muslims jump up and down like performing monkeys.

There are many who wish to push the boundaries of free speech and expression where Muslims are concerned as they have perceived that Muslims have limits instilled in them by Quran and hadith and as such we are united on our Scripture and teachings. This unity has to be broken down and Muslims as a coherent voice silenced. Dividing Muslims from the Quran and its teaching is seen as a major tool in the battle. It is interesting to see some commentators on one Muslim website pushing the line of how happy they are to see Muslims enjoying themselves just like “normal” people – another way of underlining that to them we never will be “normal” no matter how much we sing and dance to their tune.

Whilst the discussion rages on over the permissibility of the actions in the video Muslims are completely oblivious to the agenda that is working hard to desensitise and divide us using cartoons that depict the Prophet (peace be upon him) or music videos.

Not only are those who participated in the video having their strings pulled by forces that they either are happy to cooperate with or are oblivious to but all of us who allow ourselves to react to this provocation are having our strings pulled too.

Why not ignore and isolate those who chose to behave in a certain way and let the scholars answer on fiqh issues? Every time we react so vociferously to these provocations we just reinforce the stereotypes about Muslims that the media want to peddle.