Reflecting on ‘Between the World and Me’ 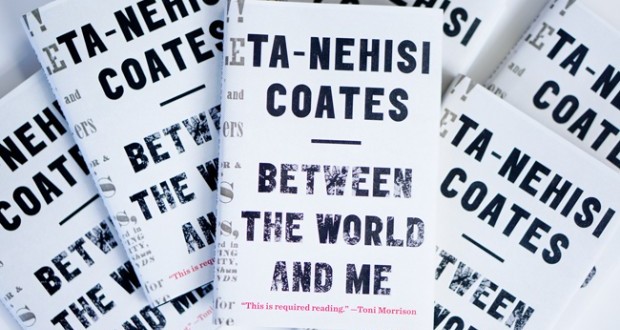 Reflecting on Between the World and Me by Ta-Nehisi Coates

“When I finished reading this book, I realised that I’m still actually quite racist.”

These were the words spoken to me by a white doctor of Anthropology who has spent her life defending black men facing the death penalty in the South of the US. Her own story is one full of racism, having grown up in a racist house that despised her for rejecting their ‘ways’, in having a sister who married a member of the KKK in order to have a pure blood child, and being generally surrounded in a miasma of bigotry and violence.

Despite all of this, she grew up to fight every inch of prejudice and structural racism that she sees. It is that effort that I have learnt from directly, as she has taught me to learn the stories of my clients and their families, as humans, and not as witnesses. Her never-ending devotion to understanding is precisely the reason why my children call her Dado (grandmother) when she comes to stay at our home, because that is the relationship we feel she has with them.

And yet, on the completion of reading this book, my friend and mentor confided that she had not escaped her racism. Having now completed Coatses’s beautiful epistle to his son, I now understand how she came to that conclusion. It is not that I think my friend has any racist or bigoted tendencies, it is that Ta-Nehisi Coates forces us to reflect on our life and the lives of those around us, as we listen to his voice.

The experience he recounts, albeit with a brief sojourn to Paris, is largely about his experiences as a black man in the US. For me, as someone whose entire working life has revolved around policy and practice in the War on Terror, his intersection of the black experience to that of Muslims is a welcome sign of someone who sees and understands the structural nature of the threat we face,

“Michael Brown did not die as so many of his defenders supposed. And still the questions behind the questions are never asked. Should assaulting an officer of the state be a capital offense, rendered without trial, with the officer as judge and executioner? Is that what we wish civilization to be? And all the time the Dreamers are pillaging Ferguson for municipal governance. And they are torturing Muslims, and their drones are bombing wedding parties (by accident!)”

However, it is not these limited references to Muslims where I connected to Coates…it was in his experience as a black man. Throughout the book, he references moments where the Wu-Tang Clan, Nas, and Biggie Smalls become a soundtrack to certain experiences. He speaks of Malcolm X, James Baldwin and Franz Fanon, the names that woke me from my slumber. It dawns on me, that while I have never experienced the specific systematic discrimination of young black Americans, my younger self had subconsciously adopted their resistance as a reference point for my own. Perhaps it is because Asian communities had provided little to no avenue for resistance or counter-culture that could help to define our specific experience in the UK, that I, and many like me, chose to identify so strongly with conceptions of being black – that is – until for some of us, Islam provided a holistic response.

Ultimately, the central concern Coates has, is how his son will respond to the world around him. A world where he is trying to provide Samori with every opportunity he can, while at the same time forcing him to realise that the system that surrounds him and props up his privileges is utterly broken,

“I do not believe that we can stop them, Samori, because they must ultimately stop themselves. And still I urge you to struggle. Struggle for the memory of your ancestors. Struggle for wisdom. Struggle for the warmth of The Mecca. Struggle for your grandmother and grandfather, for your name. But do not struggle for the Dreamers. Hope for them. Pray for them, if you are so moved. But do not pin your struggle on their conversion. The Dreamers will have to learn to struggle themselves, to understand that the field for their Dream, the stage where they have painted themselves white, is the deathbed of us all. The Dream is the same habit that endangers the planet, the same habit that sees our bodies stowed away in prisons and ghettos.”

How does a father teach his child this lesson in a way that makes sense and is understandable? I am a father of three boys, and I am someone who works with trauma survivors. To what extent do I expose them to the reality of this world, and to what extent do I ask them to reject the superficial veneer that hides the truth of the matter? How do we teach them to resist prevailing narratives, when we want them to lead comfortable, poverty free, peaceful lives? Coates does not provide clear answers to these questions, but his voice of frustration vibrates like a deafening bell for the parents who live the same struggle,

“All my life I’d heard people tell their black boys and black girls to “be twice as good,” which is to say “accept half as much” These words would be spoken with a veneer of religious nobility, as though they evidenced some unspoken quality, some undetected courage, when in fact all they evidenced was the gun to our head and the hand in our pocket. This is how we lose our softness. This is how they steal our right to smile. No one told those little white children, with their tricycles, to be twice as good. I imagined their parents telling them to take twice as much. It seemed to me that our own rules redoubled plunder.”

Resisting pre-conceived notions of what is acceptable is no easy task. As a British-born Pakistani, I have made it my ultimate aim to shield my children from the over-obsession with whiteness, and in this instance I mean the specific desire that many Asians have for lighter coloured skin. My wife and I are dark skinned, as are two out of our three children. My eldest boy, in particular, has a skin colour and melanin count that does not require much protection from the sun we have in the UK, except on exceptionally bright summer days. When I see my wife fuss unnecessarily about putting a hat on him because others will comment on further darkening, it is the only time that I become upset. Upset, not with her, but with the way in which we have been forced to construct our decisions. Largely, I have been successful in shielding my children from this, but then I receive a curve-ball that I never anticipated. My middle boy, Aadam, saying, “Why am I the only one who isn’t dark? I want to be dark like you all.” I never told them one way or another about what is and isn’t beautiful, it was his own anxiety about being different and wanting to fit in better with those of us around him.

So how do we move away from the superficial? How do my children, and the son of Coates, avoid the ever present elephant in the room, that colour, race and class are everything. Coates realises that the truth itself is where any emancipation can begin, by accepting the truth of who we are, and the world that surrounds us. The problem with this acceptance, is that it leaves us in a very bleak place. For the sake of our children, it is not enough to simply encourage them thrive in a hostile environment as singular case studies of success,

“Here is what I would like for you to know: In America, it is traditional to destroy the black body—it is heritage. Enslavement was not merely the antiseptic borrowing of labor—-it is not so easy to get a human being to commit their body against its own elemental interest. And so enslavement must be casual wrath and random manglings, the gashing of heads and brains blown out over the river as the body seeks to escape. It must be rape so regular as to be industrial. There is no uplifting way to say this. I have no praise anthems, nor old Negro spirituals. The spirit and soul are the body and brain, which are destructible—that is precisely why they are so precious. And the soul did not escape. The spirit did not steal away on gospel wings.”

‘Between the World and Me’ is a book I will return to again and again. In particular, I will return to it when I am in need of helping my children make sense of the world that surrounds them. My instinct is to shield them, but perhaps that is the most sure-fire way of disabling them, and it is precisely there that Ta-Nehisi Coates makes his most important contribution.