Are you ready for our first ever NATIONAL CAMPAIGN?
Home / Featured / Ibn al-Qayyim on Sabr 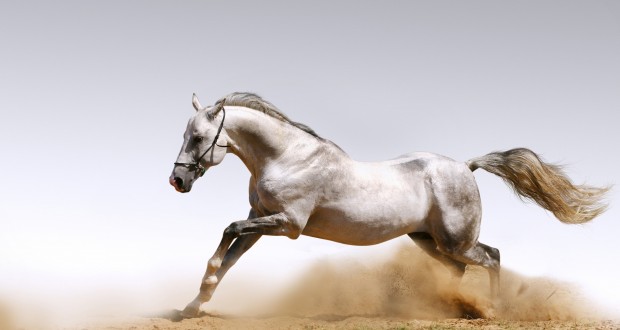 Allāh, Glorious and Most High, made patience a racehorse that never falters or stumbles; a sword that never loses its sharpness; a vanquishing army that is never defeated, and a fortress that does not dilapidate and is never taken by force. Patience and divine help are like two blood-brothers that never separate.

Divine help comes with patience, relief follows difficulty, and ease follows hardship. Patience aids and supports a person more than an entire army of people ever could, and in the attainment of victory, it is like the head to the body. In His Book, the Truthful Guarantor has promised that He will repay the patient with a reward that knows no bounds. He informed us that He is with the patient, guiding them, aiding them and granting them victory. He, Most High, says,

“And be steadfast, Allāh is with the steadfast.”[1]

It is because of this ‘withness’ that the patient are victorious both in this life and the next, and through it they attain His internal and external blessings.

Allāh made leadership in the religion contingent on patience and certainty,

“We appointed leaders from among them, guiding by Our command when they were patient and when they had certainty about Our signs.”[2]

He informed us that patience is best, emphasising this truth by taking an oath,

He informed us that the plots of the enemy are of no avail against a person who has patience and taqwā,

“But if you are steadfast and have taqwā, their scheming will not harm you in any way.”[4]

He informed us that it was the patience and taqwā of his truthful Prophet, Yūsuf (ʿalayhi al-Salām), that led him to a position of honour and authority,

“As for those who fear Allāh and are patient, Allāh does not allow the wage of a people who do good to go to waste.”[5]

Success is dependent on patience and taqwā,

“You who have faith! Be patient; be supreme in patience; be firm on the battlefield; and have taqwā of Allāh so that hopefully you will be successful.”[6]

He gave the greatest encouragement possible concerning patience to those who desire Him saying,

He gave glad-tidings to the patient of three things, each one superior to anything that could be envied in this world:

“But give good news to the patient: those who, when disaster strikes them, say, ‘We belong to Allāh and to Him we will return.’ Those are the people who will have blessings and mercy from their Lord; they are the ones who are guided.”[8]

He enjoined His servants to seek aid through patience and prayer in the face of the vicissitudes of the world and religion,

“Seek help in patience and prayer. But that is a very hard thing, except for the humble.”[9]

He declared that the gift of Paradise and deliverance from the Fire is only for the patient,

“Today I have rewarded them for being steadfast. They are the ones who are victorious.”[10]

He informed us that the desire for His reward and turning away from this world and its allures can only be attained by the patient believer,

“But those who had been given knowledge said, ‘Woe to you! Allāh’s reward is better for those who have faith and act rightly. But only the steadfast will obtain it.’”[11]

Returning an evil with that which is better transforms an enemy into a close friend. As Allāh says,

“Repel the bad with something better and, if there is enmity between you and someone else, he will be like a bosom friend.”[12]

But none will attain this quality except those who are truly patient, none will obtain it but those who have great good fortune.[13] Allāh informs us and makes an oath to further stress what is being said,

“There are certainly Signs in that for everyone who is patient and thankful.”[16]

He made forgiveness and reward dependent upon righteous deeds and patience – and that is truly easy for the one for whom He facilitates the way:

“Except for those who are patient and do right actions. They will receive forgiveness and a large reward.”[17]

Whoever trades with patience and forgiveness will definitely never face loss,

“But if someone is patient and forgives, that is the most resolute course to follow.”[18]

Allāh ordered His Messenger to be patient at His judgement and informed us that patience can only be for His sake, and through this all calamities become relatively minor and easy to bear,

“Be patient. But your patience is only with Allāh. Do not be grieved by them and do not be constricted by the plots they hatch. Allāh is with those who have taqwā of Him and with those who do good.”[20]

Patience is the rope of the believer, tying him down; he may wander for a bit but he always returns. It is the pillar of his faith to which he recourses. There is no faith, or hardly any faith, for a person who has no patience. A person who has no patience is like the one worshipping Allāh at the edge of a faltering precipice; if good comes his way he takes comfort, but if trial comes his way, the world turns upside down and he loses both it and the Hereafter.

The best livelihood that the felicitous attained was because of their patience. They rose to the most exalted stations because of their gratitude. They soared to the Gardens of eternal bliss on the wings of patience and gratitude. This is a grace from Allāh that He bestows on whoever He wants; He is the possessor of great grace.

Faith is of two halves: patience and gratitude. As such it behoves a person who is sincere to himself, who wants his soul to succeed, and who seeks its happiness not to ignore these two principles, nor swerve from these two paths. In this way, Allāh would place him in the better of the two parties on the Day of His meeting.

This article is a translation of Ibn al-Qayyim’s ʿUddatu’l-Ṣābirīn, pp. 6-10

Previous: Exclusive Interview on ‘PREVENT’s secret “Science” of Pre-Crime’
Next: Why I am against grammar schools