Insolent Children and the People of ʿĀd 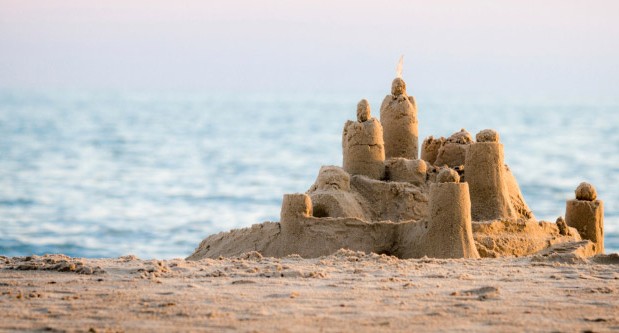 Sūrah al-Ahqāf literally translates to the ‘Chapter of the Sand Dunes’. The name of the chapter is derived from the verse in which Allāh describes the Prophet Hūd (ʿalayhi al-Salām) calling his people, ʿĀd, to faith by the sand dunes.[1] The people ʿĀd were an advanced ancient civilisation that lived in the southern Arabian Peninsula – in modern day Yemen. Their physical stature, and the power and advancement of their civilisation were unprecedented. Allāh describes them in the Qur’ān, ‘The likes of whom had never been created in the land’.[2] Despite the immense blessings and provision which Allāh bestowed upon them, they rejected their Prophet and displayed an astonishing arrogance, using the blessings which Allāh gave them to challenge the Creator Himself:

But one who says to his parents, “Uff to you; do you promise me that I will be brought forth [from the earth] when generations before me have already passed on [into oblivion]?” while they call to Allāh for help [and to their son], “Woe to you! Believe! Indeed, the promise of Allāh is truth.” But he says, “This is not but legends of the former people”.[4]

The child depicted in this verse is one who has reached maturity and full strength and now considers himself self-sufficient. He rebukes his parents with the exclamation ‘Uff’ which, in modern day terms, might be comparable to tutting or groaning in discontent. He considers the appeal to faith of his parents to be nothing but ancient tales to be dismissed. His perception of this life is so utterly materialistic that he can see no further than people who live and die in this world. He rejects the Hereafter with the shallow reasoning that people from generations before have passed away into oblivion and have not returned. The haughtiness of this child is compared to the desperation of the parent who appeals to their child and seeks good for him despite his contempt. This is a child who has adopted the ʿĀd complex. Rather than be grateful for the nurture and care of his parents, he turns on them, ridicules them and uses the strength and maturity which they have developed within him, to attack them. He becomes so intoxicated with delusions of grandeur that he feels himself completely self-sufficient from both his Lord and his parents.

It is a modern day tragedy that obedience and excellent manners towards parents barely registers on what we consider in society to be good, moral character. The Qur’ān expressively prohibits the slightest word of discontent, ‘Uff’, in more than one verse, and orders kind and gentle treatment of parents regardless of their faith or background. Even a disbelieving parent who attempts to compel their child to apostasy is entitled to kind and respectful treatment without being followed:

But if they endeavour to make you associate with Me that of which you have no knowledge, do not obey them but accompany them in [this] world with appropriate kindness and follow the way of those who turn back to Me [in repentance]. Then to Me will be your return, and I will inform you about what you used to do.[5]

As a society we have exclusively focussed on the child in the complex parent-child relationship, and utterly neglected the parent. The child’s rights are well established through laws, social norms, government agencies and charities, but the child’s considerable responsibilities towards their parents are barely touched upon. This has resulted in children growing up with the ʿĀd complex: an inflated sense of sense of self-worth and a complete absence of gratitude to their parents. A suspicious mind would conclude that this is a very deliberate form of social engineering. By removing parental authority as a social norm, the child is left completely suggestive and open to exploitation in every form. Consumerism engulfs the child and they are led to believe that their happiness and acceptance in society is utterly dependent on owning the latest brands that change with the seasons. Morality becomes entirely subjective with the parent removed as a reference point. In short, the responsibility of shaping the identity of the child is taken from the individuals who love them the most, know them the most intimately and have their best interests at heart, and given to the highest bidder in the market place of hearts and minds.