As humans, how can we return to God in the most befitting manner, one in which we are free of reliance upon others, fear, anxiety, and helplessness? Dr. Najmuddin Hasan dives into the topic in this third part of three.
Islamic Thought 16/11/2022No Comments8 Mins ReadBy Dr Najmuddin Hasan 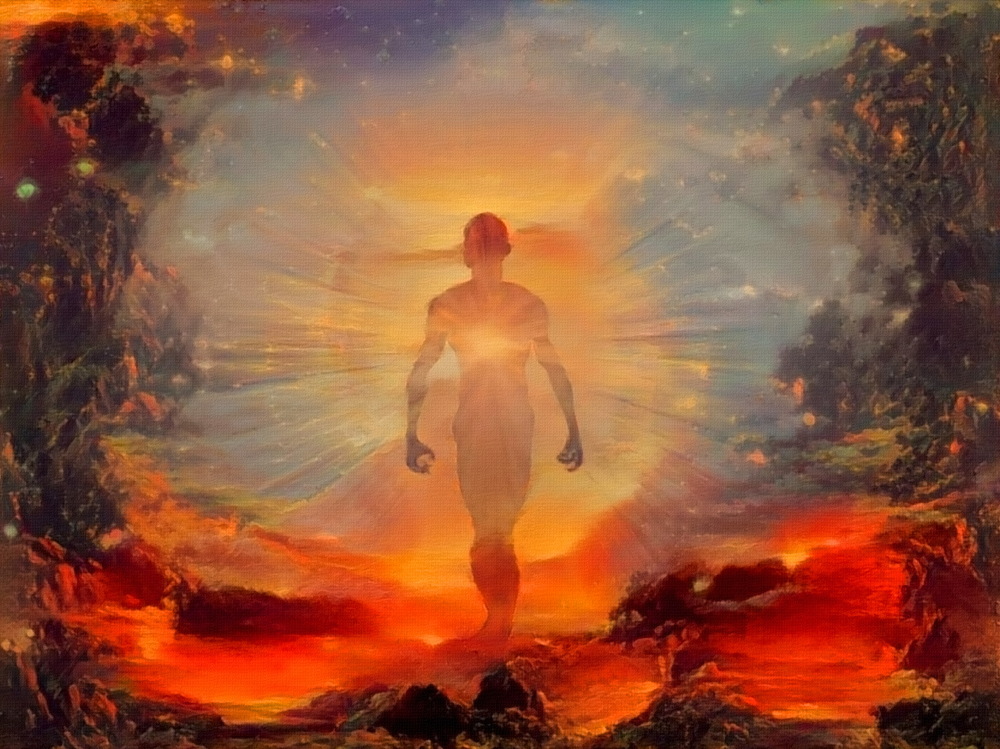 In today’s modern world, many of the physical hardships and ailments of old have diminished or been eradicated. Famine and disease have been replaced by different challenges associated with our mental deposition: depression, despair, distraction, dissipation, dissolution, leading to more suicides and senseless killings. These mental ailments are invariably due to man’s loss of true purpose and meaning. Today’s remedy is modern psychology, which at best pacifies the patient, but, moreover, exacerbates the ‘dis-ease’ of his soul.

It is said: ‘The Devil speaks in half-truths’. Indeed, all these poisonous fruits are laced with true facts (like a sweet fragrance which attracts the victim to taste), however local adaptation of species (within the ‘Theory of Evolution’) does not prove the wholesale transformation of species; material progress does not prove the progression of mankind and the identification of animalistic instincts within humans does not mean man is an animal. In fact, modern psychology is a negation of humanity, reducing man to an animal and killing his soul.

The Traditional Paradigm in the Modern World

Experiences and implicitly human interactions are all ordained by God and are also vessels of Truth, Guidance, and Wisdom for those who understand. Fate is one of the articles of faith and this means every experience of our lives is by God’s Decree and with its meaning and purpose. The reading of this article here and now, the acquaintance of a stranger, the words and speech of someone towards you, your glimpse of a news headline, or even the leaking of the kitchen tap are all part of God’s Decree, His plan. The external stimuli that either excites or depresses our souls are all part of God’s Design to draw us towards Him and our salvation, it is how we respond that reflects our choice to submit or defy.

“Read, and your Lord is most Generous, who taught with the pen.” [1]

As fate is written, it provides a vessel of learning to mankind for those that read, and with that in mind, we understand, there are no arbitrary coincidences and no power other than God who determines all our affairs. Knowing God has ordained everything and that He is with us during the easy times and hard times teaches us our dependency on Him and to not fear any but Him.

In this context, many of the mental traumas of our times are understood as natural hurdles to be overcome to discover the truth within – ‘There is no god, but God’. Just as pain is a natural warning to protect the body, shame is a natural precursor to repentance, anxiety reveals dependency on our mind instead of God, (selfish) anger reveals attachment to the world instead of acceptance of Divine Ordinance.

This does not, of course, deny that some mental traumas are caused by physical bodily ailments for which prophetic medicine provides the support and cure. Moreover, some common causes of stress and their remedies through prayers and recognition of God’s Names (Qualities) are illustrated below.

Tthis is often due to the mental need to control your environment and reveals the absence of trust and reliance on God. The cure to this ‘dis-ease’ is the acceptance of the formula:

“God is sufficient for me, none has the right to be worshipped but Him. In Him, I put my trust. And He is the Lord of the Mighty Throne.” [2]

This is usually associated with the loss of hope and is a blindness to the infinite Mercy and Bounty of God. The cure is to recognise God’s attributes as the Merciful (ٱلْرَّحِيْمُ), the Giver (ٱلْوَهَّابُ), and the Sustainer (ٱلْرَّزَّاقُ) of us all. Hope (in God’s Mercy) is the antithesis of despair (بَلَسَ), which is the state of Iblīs – the Devil.

This reveals attachment to the world and attributing permanence and inherent value to creation rather than its Creator; it is a form of minor polytheism (shirk) and its cure is the contemplation of acceptance of the formulae:

“He is the Originator of the heavens and earth. How could He have children when He has no consort? He created all things and has perfect knowledge of everything.” [3]

“That is Allah—your Lord! There is no god worthy of worship except Him. He is the Creator of all things, so worship Him alone. And He is the Maintainer of everything.” [4]

“To Him belongs the kingdom of the heavens and the earth. He gives life and causes death. And He is Most Capable of everything.” [5]

“Everything is bound to perish except He Himself.” [6]

Fear of the creations of God, is to attribute permanence and inherent value to creation rather than its Creator; it is a form of minor polytheism (shirk) and its cure is the contemplation of acceptance of the formula:

“There is no power nor strength except by God.”

This states that there is nothing to fear except God, as nothing has power (over you) except God.

This reveals our powerlessness and is actually an opening to see our dependency and reliance on God as expressed by formulae such as:

“Allah alone is sufficient as an aid for us and He is the best Protector.” [7]

Although these verses are specifically for the Prophet (ﷺ), it is also applicable to mankind and focuses on God’s Qualities as the Guide (ٱلْهَادِي), the Infallible Teacher (ٱلْرَّشِيدُ), the Protector (ٱلْوَلِيُ), and the Sustainer (ٱلْرَّزَّاق).

This is due to forgetfulness that God is the Controller (ٱلْجَبَّار), Dominator (ٱلْقَهَّار), and Mover (ٱلْقَادِر) of all events and that everything is in His plan.

God constantly reminds us in His book, the Qur’ān, that man worships or relies on entities or beings that can neither benefit nor harm him. Amongst the names of God are the Benefiter (النَّافِعُ) and the One who ordains Harm (ٱلْضَّارُ). The significance of the latter Name is that none has the power to harm you except God. Harm and hardship are ordained by God alone for your advancement or your punishment.

Within the traditional paradigm, hardships and adversities are therefore understood as stepping-stones to become closer to our Creator. As the donkey needs the carrot and stick, man needs the rewards of Paradise and threats of Hell to invigorate him.

Ease and hardship in this life similarly provide motivations to move closer to God. Indeed, none of us like hardship and adversity, but we must recognise that they are a calling from God to do better and to progress toward Him and realise our Heavenly state. As a child dislikes homework and chores, he accepts it is for his greater good.

Hence the journey of life is the lesson to ourselves as to who we really want to be. Fate is what is Written, and is an important teacher in life.