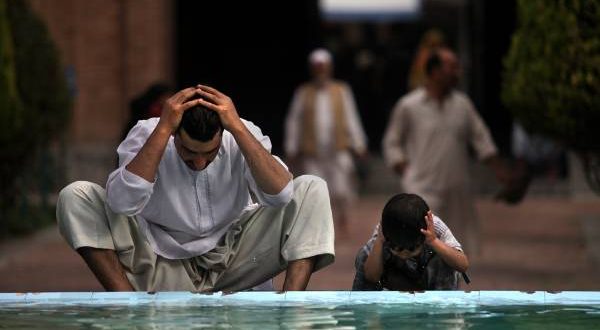 That our children are unable to find and name a role model from amongst the individuals after whom they are, in most cases named, betrays the fact that in the nurturing (tarbiyah) of our children, we have lost our sense of direction and our understanding of our priorities.

Your choice of role model undoubtedly says a lot about who you are. Be your role model a footballer, a musician, a teacher or a parent, who you choose betrays the importance of the characteristics and traits you deem to be instrumental in the development of your own personality.

“Who is your role model?” is a question that is posed to our children from a very young age. We use it as a yard stick by which to measure their emotional growth and to gain a reading of their psyche, mapping out their future occupations as a direct result of their juvenile admissions.

As adults, however, we feel that our choices are private property; often even the objects of our attention and respect are unaware entirely that they play such a key role in the shaping of our lives. There is almost an element of taboo attached to the question in adulthood, with it being side-lined alongside questions about political party affiliations and a woman’s age.

Our unwillingness to provide an answer to this question seems to me to stem from an insecurity we possess about whether we have ‘grown up’ enough to have made a more mature selection in adulthood, or ‘grown up’ enough to no longer require a role model. If we do provide an answer at all, then our admissions are often preceded by a request that the listener doesn’t judge us based on our individual of choice.

In Islam, however, our choice of role model is not only indicative of our career path and our passions and interests, it also reveals where our priorities lie. The Prophet (Sallallahu ‘alayhi wa salam) has said: “You will be (raised) with those whom you love (on the Day of Qiyāmah)”. [1]Often, this hadīth is used as a forewarning against the adoption of non-Muslim or non-worthy individuals as role models and as a reminder of the Prophet’s status as the best of mankind.

Undoubtedly, the Prophet (Sallallahu ‘alayhi wa salam) suffices for any man or woman as a role model. Muslims and non-Muslims alike accede to his superiority and pre-eminence in every field of life, pointing to the fact that he succeeded as a son, a grandson, a nephew, a husband and a father before he succeeded as a Prophet, a counsellor, a leader and an army general, as proof that his characteristics were and are still the epitome of excellence.

To be raised with him, therefore, requires that we make him our point of reference and his Sunnah our port of call in every facet of our daily life. But the Prophet (Sallallahu ‘alayhi wa salam) passed away fourteen hundred years ago, leaving us an orphan Ummah: a loss which we feel even today. In his absence, he pointed us towards his guiding stars, “The best of my followers are those living in my century (generation), then those coming after them and then those coming after the latter.”[2]/div>

But the Caliphs passed and the Caliphate ended and Muslims had to search again for individuals who would provide guidance and lead us to Sunnah’s ark. Al-Thawri, Mālik, Ahmad Ibn Hanbal, Abū Hanīfah, Al-Shāfi’ī, Ibn Taymiyyah, Rābiya al-Basriyyah and Ghazāli, may God be pleased with them all, came and passed, and we searched again.

For every generation, more stars were added to the constellation and believers found illumination in their dark times. Men and women of substance and individuals of knowledge and action, led by example and demonstrated the practicality of following in the Prophet’s footsteps.

So when I ask myself today, “Who is your role model?” and I fail to provide myself with an answer, I despair. It saddens me that a nation with so glorious a past, now has so bleak a future and that a people who once paved the way for others, now chase the coat tails of our inferiors.

When a Muslim child is asked, “Who is your role model?” and a Muslim child is unable to look back to the past or look inward in the present and provide an answer that demonstrates the importance of his or her Islamic identity, alarm bells should be ringing about a crisis of faith.

That our children are unable to find and name a role model from amongst the individuals after whom they are, in most cases named, betrays the fact that in the nurturing (tarbiyah) of our children, we have lost our sense of direction and our understanding of our priorities.

That our children are unable to find Muslim role models in and amongst their strong Muslim communities informs me that as parents, teachers, sisters and brothers, we have collectively forsaken the example of the Prophet (Sallallahu ‘alayhi wa salam) and allowed external factors to determine the shaping of our personalities and traits, to a detrimental effect.

In particular, the onus of setting an example for our children falls on the shoulders of the two main cornerstones and gatekeepers of our societies: our parents and our teachers. It must fall to those who nurture and preach to educate our children and provide for them an embodiment of the Prophetic way. Failure to do so will result in a lost generation of Muslims, who, in standing for nothing, will stand for everything but their Islamic identity.

To stave off this crisis of faith, parents and teachers must make education and rectification their priorities. Children learn from what they see and what they are taught. Therefore, by allowing the Sunnah of the Prophet (Sallallahu ‘alayhi wa salam) and the examples of those who came and passed and acted upon his Sunnah, shape the way we nurture our children, we will exist for them as the role models they require to hold on, tightly and with pride, to the rope of Islam.