The Dark Reality Behind the Exams Debacle 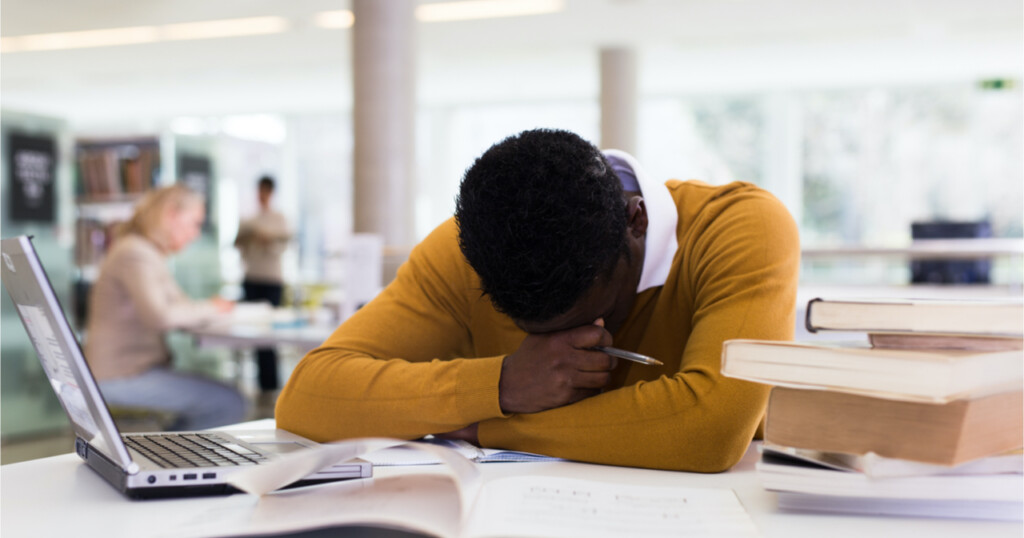 Feeling bewildered by the exams debacle surrounding the awarding of GCE A Level and GCSE grades this summer? You can now join the countless number of students, parents, teachers, college and university admissions officers, and exams officers who have been left feeling confused, angry, and betrayed.

Unfortunately, Prime Minister Boris Johnson is reportedly on a camping holiday in Scotland so is unable to take responsibility for this catastrophic mess, but hopefully he will be back next week to offer some clarity. Of course, this will be too late for a generation of young people who need to secure the next stage of their education, employment, or training, but at least Boris can offer an explanation as to why the government has failed so comprehensively after having had five months to prepare for this day.

At the beginning of the nationwide lockdown in March 2020, Boris announced that the summer series of exams would not take place in the face of a national pandemic. Education Secretary Gavin Williamson announced that Ofqual (the government’s qualifications and examinations regulatory body) would be working with exam boards and teachers to provide a calculated grade for each subject for every student. Teachers were then requested to rank students within each of their subjects and provide a centre assessed grade (CAG) to exam boards. Exam boards were then tasked with providing a calculated grade based on an algorithm devised by Ofqual. This algorithm devised by Ofqual would moderate teacher judgement, and would award grades based on the past performance of schools, the prior attainment of students at Key Stage 2 in primary school, and the relative ranking of students within their own schools.

Clear so far? No? Well it gets a lot worse. The A Level results day unleashed a national uproar as the algorithm was found to have downgraded almost 40% of CAGs awarded by teachers. Scotland was the first to crack and announce a U-turn, ditching the results calculated by the algorithm and reverting back to awarding CAGs. England soon followed with an announcement made days before the GCSE results day. Many of these last-minute U-turns, especially those regarding A Levels, were too late for thousands of students who had already been rejected by colleges and further education providers. Astonishingly, there is still no closure on this issue, with certain subjects and exam boards not releasing grades until a week later. The appeals process is now largely obsolete, with students only able to appeal on the grounds of bias or discrimination.

‘Debacle’ really is a fitting word for this entire process and for the lack of clarity and leadership. Were it not for the fact that the futures of young people are at stake, we might even call it comical. So has this entire sorry episode been just another example of the incompetence of an administration in free fall? Or has the exams debacle been symptomatic of structural inequality inherent in the UK education system?

Back in January 2019, I wrote about the issue of institutional privilege embedded into the examination system and how students from fee-paying independent schools were exempt from some of the demands placed on state school students.[1]It seems nothing has changed since then. If anything, structural inequality has become more pronounced. Even though the algorithm devised by Ofqual has now been ditched, its inception reveals much about the structural inequality inherent in the UK education system, which is symptomatic of a national problem of inequality and institutionalised privilege for the elite.

The algorithm took two sets of data points that automatically advantaged fee-paying independent schools: prior attainment of students, and past performance of schools. Selective institutions already ‘cream off’ the most able students and generally have the best track records in terms of exam results. To top it off, the algorithm was not applied to small cohorts due to the absence of a large statistical data set. This invariably favoured small classes, which are mostly found in fee-paying independent schools. Little wonder that these schools saw a rise in their proportion of A and A* grades in A Levels, with an increase of more than double compared to state schools. In summary, if you were a hard-working able student who started off with low results in primary school SATs, but then you worked hard to improve yourself in a large inner-city state school with a poor track record, your calculated grade would have been automatically downgraded.

Although the calculated results were scrapped in a humiliating U-turn by the government, the question remains: when it had five months to prepare, why did the government fail to deliver a system that was fit for purpose? The single most important duty of the Department for Education is to maintain the integrity of the examinations and qualifications system. Is the problem here that education is constantly being used as a tool for special interest groups to the extent that its core purpose is no longer being fulfilled? The nation watched in horror as the lifestyle choices of the LGBTQ+ community were made centre stage in primary schools in Birmingham just over a year ago with the ‘No Outsiders’ programme, which plunged parents and teachers into a collision course that had nothing to do with the education or welfare of students.[2][3]Consider the key speeches and media briefings given by Amanda Spielman, Chief Inspector of Ofsted. How much airtime has she designated to meaningful policies of achieving the goal of education as a vehicle for social mobility? How much airtime has she dedicated to headline-grabbing attacks on the hijab?[4]

Amanda Spielman’s Obsession With Muslims Has Proven Her Critics Right

What is needed now is a recognition of the structural inequality at all levels of our society – education, health, politics – and a realisation that as a country we have regressed. There needs to be a realisation that the anti-Muslim rhetoric that is never far from the political and media discourse has been a distraction that has not only harmed the Muslim community, but has also harmed the most vulnerable in our society. There needs to be a rebuilding of confidence in our civic and governmental institutions, and it starts with accountability at the top. I hope Boris returns reinvigorated from his camping trip, because the nation’s youth and their families are waiting for an explanation.