Egypt: Is it the Uḥud of Today? 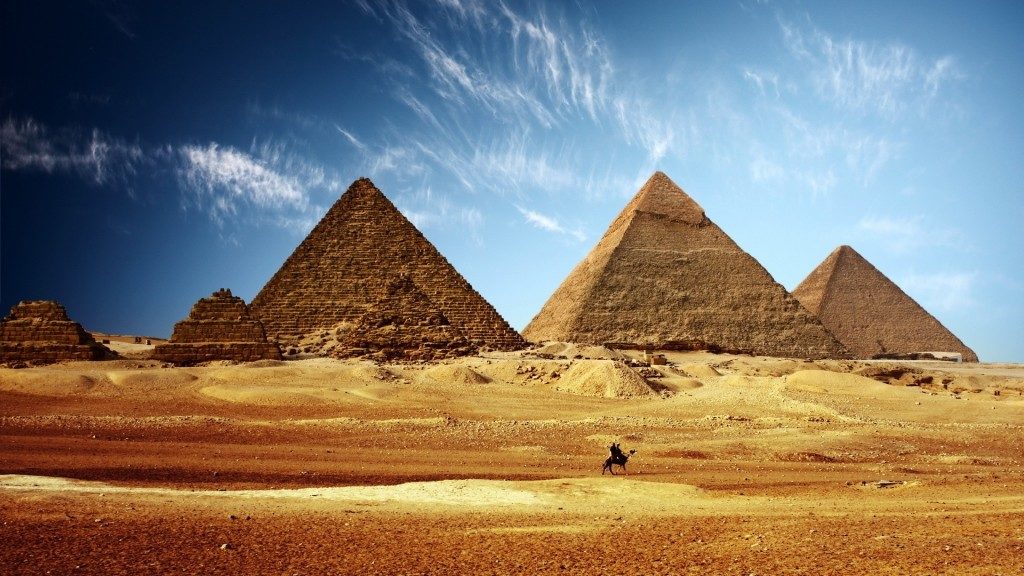 The loss of Egypt can be considered a depressing point in history for many Muslims. Indeed, as Muslims we have been agonisingly hurt by this defeat. Many of us had thought that we had made a big step towards establishing a state, based on an Islamic foundation. Our brothers and sisters in Egypt had suffered tremendously in bringing the reign of the Tāghiya, the tyrant to an end, and then voted in a man who despite the lies that were fabricated and said about him, actually embodied many attributes that we as Muslims were extremely pleased with. His appearance, for a start was that of a man who was bearded, exemplifying an adherence to the prophetic example, whose wife wore the Hijab (the head and body veil) and who started his talks by giving thanks to Allāh and by sending salutations upon the final Messenger (Ṣallāhu ‘alayhi wa salam). His past achievements were well known and his single year in office saw notable improvements in the judicial system, the significant targeting of corruption and revealed signs of a recovering economy.[1] Let us not forget that this was amidst perpetual protests and rioting that would have inhibited the progress of any economy.

At the very least, he had made the life of the Muslims in the blockaded Gaza strip more bearable. Since the military coup, the border with Gaza has been under strict restrictions and has caused the gas crisis in Gaza to worsen.[2] But the work of the new Egyptian dictator, Abdul Fatah Al-Sisi goes beyond the closing of the Rafah border. Sisi has joined Israel in targeting the tunnels that provide essential aid and trade routes between Gaza and Egypt. Something that even Mubarak was shy to openly do.[3] [4] Sisi has taken on the mantle as the tyrant in Egypt, and despite his ridiculous media campaign to justify his actions,[5] has conjured a following that succumbs to his every instruction and that sees him as a God-send without the capacity to do evil.

But dear reader, this is merely another battle between Haq and Bātil (Truth and Evil). This is only another battle from an endless saga until the day of Judgement. The deaths of our brothers and sisters in Egypt have pained us. But those brothers and sisters care not for the tears we shed or the pain we feel, for they are rejoicing as martyrs just like the Martyrs of Uḥud. We recall from the biography of our Prophet (Ṣallāhu ‘alayhi wa salam) how the Muslims at Uḥud were winning, victory was within their grasp. Allāh documents this in the Qur’ān in the most illustrative and meaningful way:

“God fulfilled His promise to you: you were routing them, with His permission, but then you faltered, disputed the order, and disobeyed, once He had brought you within sight of your goal – some of you desire the gains of this world and others desire the world to come– and then He prevented you from [defeating] them as a punishment. He has now forgiven you: God is most gracious to the believers.”[6]

If we recall the battle of Uḥud, the Prophet (Ṣallāhu ‘alayhi wa salam) had issued clear instructions to the archers not to join the rest of the Muslim army, even if they saw that they were winning.

The majority of these archers, upon seeing the Muslims close in on victory and begin to collect the spoils of war, neglected the instructions of the Prophet (Ṣallāhu ‘alayhi wa salam) and thus what occurred was that Allāh caused the battle to change. Allāh mentions in the Qur’ān that there are some who desire this world and some that desire the hereafter, and it seemed, in that particular instance, those particular Muslims had favoured the world over the next and the outcome of Uḥud was ultimately determined by this instant.

The battle of Uḥud is comparable to the military coup that has taken place in Egypt. We as Muslims tasted that of which we love, we were temporarily victorious in turning over the previous tyrannical government. To our detriment, we were not able to be patient and wished to rush for the worldly spoils that the better leader had on offer before the initial battle had fully ceased. Within a year, droves of people were out protesting against the government of Dr Muḥammed Morsi claiming that his government were the source of the economic depression in Egypt. This impatient opposing force, however, remained a minority unsubstantiated by legitimacy (or permission), as in Uḥud, but were enough to overturn a victory to defeat. Indeed it hardly ever takes a majority to achieve defeat if an evil reaped by the minority is enormous. Nor does it take a majority to achieve victory if the deeds of the minority are enormous. We recall the story of the noble Prophet Sālih:

“There were nine men in the city who spread corruption in the land without making amends. They said, ‘Swear by God: we shall attack this man and his household in the night, then say to his next of kin, “We did not witness the destruction of his household. We are telling the truth.”’ So they devised their evil plan, but We too made a plan of which they were unaware. See how their scheming ended: We destroyed them utterly, along with all their people.” [7]

The Egyptian media, whose continuing existence depends on a non-Islamic government, had shamelessly launched a constant offensive against the President from the moment he took office. There were consistent images being spread on social networking websites depicting those who followed the brotherhood as sheep being led with no idea what they were following. One of the main criticisms of Morsi’s government was the lie that they generated intolerance.[8] [9] An example is the arrest of one particular political satirist, Bassem Youssef which was an opportunity for the media around the world to point the finger, disregarding the very serious accusation that he was insulting Islām.

However, once the illegal coup took place, it quickly became clear where the real intolerance lay, as Sisi moved quickly to shut down any media outlet that might work against him.[10] However, those same media outlets that were previously making claims about the intolerance of the Muslim brotherhood remained calmly silent.

This media’s barrage eventually led to the protests taking place. Sadly, the demands of the protestors were far from being centered on matters of the hereafter and people’s religious affairs. Many were in fact in response to the media’s concern regarding the future of television drama, tourism and beach-wear, Egypt’s international image and foreign investment. The people gullibly took the Dunya at the expense of the hereafter just as in Uḥud. Regrettably, its deception and lure muffled the view of the impending enemy, and Sisi attacked the Egyptian nation from behind—as did the Makkans in Uḥud—turning a nation on its heels. In fact the sentiment of the leaders of the coup and their preceding media campaign was directly comparable to that of the Makkans, who justified their offensive against Madinah despite their close ties of kinship. Indeed people forget that the advantages brought by a Pro-Islamic government go beyond materialism and when they seek only the latter, they gain neither.

The rebellion of the hypocrite ‘Abdullāh ibn Ubay and his followers leading up to the battle of Uḥud is reminiscent of the events leading up to the battle. ‘Abdullāh ibn Ubay chose an opportune moment to desert the Muslim army. It was when the Prophet’s army was in a position where they could see the enemy and the enemy could see them that he chose to leave and take one third of the Army with him.

The aim was to break the high morale of the believers and to bolster the confidence of the opposing force. This hypocrite’s rehearsed move has parallels with the actions of some of the ministers in the government of Morsi, precisely at those moments when Morsi needed his full force. Leading up to the army issuing its 48-hour ultimatum, there was clear evidence that the Army was preparing to take some form of action. It was at this crucial moment that the Environmental, Legal Affairs, Communication and even Foreign Affairs Ministers chose to abandon the government. Instead of showing solidarity as one Islamic entity, they chose the most opportune and destructive moment to desert them.[11]

And just as in Uḥud, as soon as the Army of the enemy detected a crack they could exploit, they immediately made their move. At Uḥud it was led by Khālid Ibn Al-Walīd, and his cavalry used the absence of the archers to turn the battle around. In Egypt, it was the Egyptian army who turned on its people from behind, using a complicit cabinet and a bunch of unfaithful associates (Noor Party) to conjure an anti-Brotherhood campaign and to exploit an engineered position of mass support.

“Were it not that Allāh treats His slaves with the remedy of trials and calamities, they would transgress and overstep the mark. When Allāh wills good for His slave, He gives him the medicine of calamities and trials according to his situation, so as to cure him from all fatal illnesses and diseases, until He purifies and cleanses him, and then makes him qualified for the most honourable position in this world, which is that of being a true slave of Allāh (‘ubūdiyyah), and for the greatest reward in the Hereafter , which is that of seeing Him and being close to Him.”[12]

Let us take note of the advice of Ibn al-Qayyim and put this defeat in the context of history. Going back 50 years, who could have imagined that a man who was publicly declaring Islam in voice and action would be in a position of power? Indeed the histories of countries that are predominantly Muslim in the last century have been somewhat embarrassing. In previous centuries, such as the Andalusian period, Muslims were at the forefront of development and technology because Islam was held in the highest of esteem. In the last century, we had favoured the Dunya over our Hereafter and reaped the inevitable result. That we have had a Muslim leader in itself, is a source of hope. Now that he has gone, we have no choice but to use this realisation in refocusing our aspiration to the hereafter. Maybe then, he or a man of his vision can return to lead the sunken Egyptian ship back to the shore of safety. Finally, hope can always be gleaned from the words of Allāh. He says:

“And your Lord would not have destroyed the cities unjustly while their people were reformers.”[13]

Indeed there are reformers who remain in Egypt. Protests take place with regularity every Friday and even despite the continuing lies of the media[14] to paint them as terrorists, our Egyptian reformers are standing strong and their voice gathers momentum once again.