The Muslim minority you never hear about 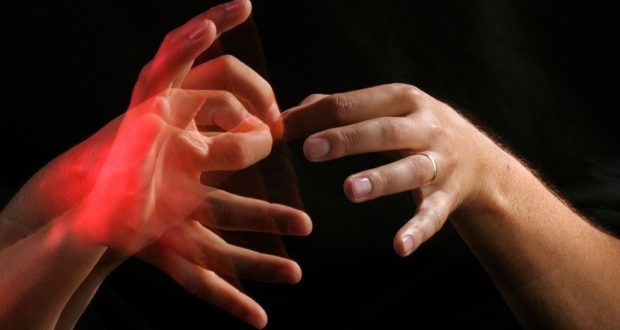 With deafness being the second largest disability in the UK,[1] it is surprising that the overwhelming majority of the British public do not understand the concept of a Deaf culture. Honestly speaking, the concept seemed quite alien to me when I was first introduced to the Deaf community.

The very thought that there could be people that live alongside you, share the same environment, often same ethnic background, same food, same society, similar upbringing  and yet have a different culture because of a sensory loss (or sensory absence in the case of a person born deaf)  is somewhat bemusing at an initial glance.

Whilst most of the hearing community will view deafness as a disability, most Deaf people view it as a natural part of culture. They do not usually see it as a problem that needs to be fixed but rather a part of identity with a strong sense of attachment to the Deaf community. As a significant portion of the Deaf community view themselves as a linguistic /cultural minority, culturally Deaf will be referred to with a capital D and audiological deafness with a lower case d – in line with what is acceptable and politically correct.

The disconnect in the Muslim community

In the UK, one in 6 people are deaf or have some form of hearing loss.[2] These statistics are even higher in the Muslim community due to factors such as (but not limited to) consanguineous marriage patterns within significant segments of the Muslim community.[3] With the Muslim population seeing steep growth in recent years, there is also expected to be a disproportionate growth of Deaf Muslims.[i][4]

The statistics in the Muslim community speak volumes when analysed. Firstly 92.2% of Muslims are from a non-white, minority ethnic background in the UK.[5] With many migrant parents struggling with the English language, when they have a Deaf child (with 9 out of 10 Deaf children born to hearing parents), learning BSL is a very far-fetched notion. In fact only 10% of those parents will be able to fully communicate with their children.[6]

Communication between parents and children are sometimes as rudimentary as basic gestures and broken BSL and communication limited to only daily essential matters. Such communication barriers have meant Deaf children are raised in a void where they are only able to communicate with people in realms in which the parents do not have much influence.

In many cases, Deaf children are unable to communicate at home but, upon starting school (often specialist Deaf schools), they realise that there is a community of people like them that they can communicate with fluently.  At institutes such as schools and colleges etc. where they have a greater level of support, communication and understanding, Deaf people are able to find a ‘voice’ and inclusion that is not otherwise available to them and, as such, many Deaf people go through life with a greater sense of affinity with the people who are able to have this communication as opposed to the Muslim communities which they have come from. As great as this facility is, an essential matter is missing: the presence of an Islamic influence and the Muslim identity. To put this in perspective, you grow up in a household which is Muslim, your community may be Muslim as are your cultural practices and yet you cannot relate to this integral part of your identity.

If parents cannot communicate with their own Deaf child as they would with their hearing child, one can only predict how that Deaf child is likely to fall outside the influence of a parent, henceforth missing out on essential tarbiyah (nurturing). Not only that, if a  Deaf child witnesses the greater scope of communication that their hearing sibling enjoys with their parents without them having that same opportunity, the prejudices and internal complexes that are likely to develop against hearing people, including their very own family, can only be imagined.

The above is compounded by the fact that society is inherently more open to the hearing world, leaving Deaf people to feel excluded in every realm of life. Imagine only witnessing conversation between people in everything  you do but not being a part of it whether at the local shops, at the gym, in your mosque and even in your own homes.

At the mosque, where Muslims are supposed to find daily solace and receive weekly reminders, the Deaf community (up until recent years) were and for the most part are still excluded.  For many Deaf people, attending the Mosque is a tokenistic fulfilment of a ritual where they only mimic the action of others with little or no understanding of what is being said especially in the absence of Sign Language Interpreters. This is probably true for all mosques except for three or four mosques in the entire UK that we are aware of.  Such exclusion has seen higher rates of mental health issues amongst the Deaf community and some reports state higher incidences of emotional, behavioural and adjustment disorders among people who are deaf than those who are hearing. Deaf people are also more likely to suffer from a personality disorder or behaviour or adjustment problems than the general population. [7]

For many Deaf Muslims, their Islamic identity is something they do not have the opportunity to learn about. In fact, up until 2008 there was literally nowhere a Deaf child could have a structured education of Islām and its core principles in London.

The stigma in the Muslim community

For many Deaf Muslims, Islām can even be perceived as an inconvenience especially when it becomes an obstacle in what they want to achieve.  One such instance is in marriage.

In the Muslim community there is a strong stigma attached to disability. Such attitudes are especially prevalent when it comes to matters of marriage and matchmaking.  For parents of Deaf people or the Deaf person themselves, it is usually an arduous task finding a husband or wife. For many migrant communities, often the answer has been to travel to their native countries of origin and find spouses for their Deaf children there, usually to hearing partners who are oblivious to Sign language, Deaf culture or the sensitive requirements of a Deaf person. These marriages of convenience can and have caused further issues including exploitation, further seclusion, mental health issues, break up of families and even apostasy of Islām.

In fact, we have found Deaf Muslims who have not been afforded much by way of an Islamic education find it unbearable to adhere to Islamic guidelines when going through such momentous times such as marriage and divorce. At such times it becomes easier to reject their identity as a Muslim. Al Isharah has begun work on specific and targeted Deaf marriage services to help remedy the above issue, but there are still many challenges.

Renouncing Islām is something relatively common in the Deaf community. We have and are continuing to work extensively with those who renounce Islām or, in adult life, declare their doubts about a faith which they were never truly educated about.

Only a few weeks after Ramaḍān, I received a call from a family whose son had declared that he no longer wanted to be a Muslim. The concerned family asked if there were pockets of Muslims whom their son could get in contact with. This person had, in fact, changed his faith because he found belonging in another faith group through sign language.

To ensure this is not the growing trend it is imperative that we provide a number of services to ensure that the Deaf Muslim identity is just as strong and relatable as any other sub-group within the Muslim community.  It is our job to increase ‘Deaf awareness’ and educate institutes, schools and organisations about  Deaf culture.

Gearing up for the future

“When a Muslim parent has a deaf child and thinks that their world is shattered [we must be] there to ensure that every Muslim deaf child will have the very same opportunity to learn about Islam and have the same facilities as any hearing child, including everything from birth to childhood education to marriage and adult life.” – Ziaur Rahman (CEO of Al Isharah)

The Muslim community needs to be well equipped to deal with disability and deafness moving forward by ensuring we have adequate people with the right skills set. Specialist classes teaching severely deaf children Islām through BSL and ‘oral’ classes in which speech therapy techniques are used for children who are mildly to severely deaf are just some such initiatives that need to grow in our Muslim community in response to the acute need that exists and the outcry from the Deaf community for it.

The vision should not just stop at teaching in a classroom, however, the idea is to ensure that every Deaf person within the Muslim community (as well as the non-Muslim community) have every opportunity to interact with the broader society, communicate, integrate, participate, be valued and contribute. The provisions from the Muslim community have been next to nothing. But now, alḥamdulillāh, we have seen the introduction of projects such as Deaf Run, Deaf Ḥajj, BSL Qur’ān project and Khutbah Interpretation services.

In order to ensure the above happens, the language that is used by the Deaf community cannot be something insular that is only used by people who are Deaf or have a Deaf relative. BSL was recognised as a minority language by the UK government in 2003.  There is a big push now to have it recognised as an official language of the UK. In May 2017 Dawn Butler, the MP for Brent Central, became the first MP to ask for BSL to be given a legal status like other UK languages in Parliament using BSL. The aspiration is to have generations of people from within the Muslim community able to teach Islām through BSL so as to ensure that Muslims are ahead of the curve.

And with Allāh is  all success

For more information on services for the Deaf Muslim Community visit: http://www.alisharah.com/

Azad Hussain studied Accounting & Finance at the University of Greenwich. During his time as a student he engaged with several charity projects and continues to do so. As well as being the director of services for a youth and community project, he is currently working as the Head of Operations for Al Isharah.