Womanhood is being sacrificed on the altar of ‘gender inclusivity’ 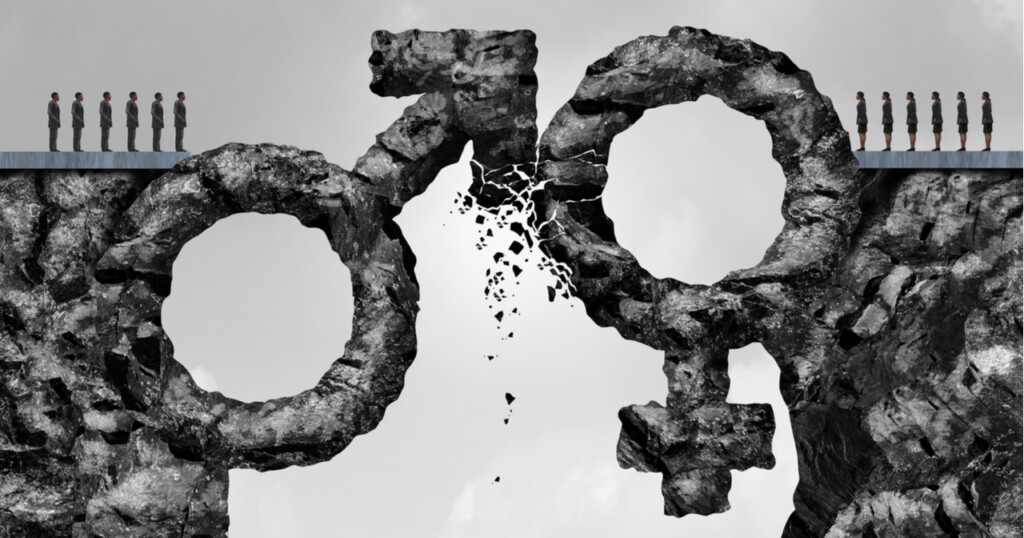 “Only girls can get pregnant!” My daughter cries as she snatches the pillow stuffed up her three-year-old brother’s top. “And ONLY mummies breastfeed their babies!” She shrieks as she pulls his nursing cover off him and drapes it on herself.

While trying to avert World War III, it struck me how these statements of biological reality—warbled by a bossy big sister—could be potentially controversial in today’s world.

Is there anything that can be said about ‘men’ and ‘women’ that still qualifies as universally true? It seems we are stuck on the very definitions themselves as we are marched forward (or are frog-marched) to the tune of ‘gender inclusivity’.

If we no longer share the same language to describe the realities that we mutually observe, then we have no common criteria for understanding. It is no coincidence, therefore, that ‘gender inclusivity activism’ has aggressively targeted language as a priority. The outcome of this has led to a dystopic relabelling of biological truths that now qualify as contentious. Trans men not only birth babies in maternity wards, but in an attempt not to offend, all women are denied the right to be called a ‘mother’. Instead, everybody is a ‘birthing parent’, and collectively part of the ‘those who birth’ club. We ‘chest-feed’ and our babies consume ‘human milk’ to appease the sensibilities of a miniscule number of women who have birthed babies while identifying as men.

In the UK, the pressure is on for NHS hospitals, medical organisations, and bureaucracies to ‘neutralise’ standard language around womanhood in order to be ‘gender inclusive’. To say that motherhood is a universal and uniquely female experience has slipped awkwardly into the realm of potential hate speech.

When the old boys in the House of Lords got around to debating a maternity leave bill in Westminster, a debate erupted over the use of “pregnant persons” instead of pregnant women.[1] Here, women themselves stood up to point out that such terminology was an active erasure of women’s experiences and of biological reality itself.

Bowing to the changing winds of society, sex education material for youth has taken further leaps in shaking up official terminology. The LGBTQIA Safer Sex Guide published on the US website Healthline refers to “front holes” and women are described as “vulva owners”.[2]

Try as you may, it is hard to think of something more dehumanising than being labelled as a function of your reproductive anatomy. Cervix carrier? Womb holder? How’s mammary gland nourisher for a linguistic abomination?

These are not niche occurrences cited as sensationalist clickbait. Such contortions of the English language have reached even the most reputable and long-standing institutions, such as the US Centers for Disease Control and Prevention, which favour “pregnant persons” over women in all their writing, and with organisations like WHO and global healthcare companies all falling in line.

Resistance is futile (or at least, cancel-worthy)

We have written before about how even national treasures such as J.K. Rowling are being cancelled,[3] dethroned, and harangued by the remarkably vocal trans lobby. It is perhaps the threat of such a vicious backlash that silences mainstream personalities from stating truths that are so self-evident, as they are savagely unpopular. Women asserting and defending the truth of their biological reality and speaking of how this has not only shaped but informed their entire life experience risk being labelled as ‘transphobic’, or TERF (trans-exclusionary radical feminist) if you like your acronyms.

Without resistance, womanhood will be erased from the language of motherhood and maternity care. We are now living in a different age where womanhood is no longer considered an exclusively female experience, as it has been from the advent of human history. Gender being a social construct is so passé that today we proffer biological sex as a man-made construct. Biological sex, according to The New England Journal of Medicine, should not even be recorded at birth as “it may be offensive to intersex people and those who may later grow up to be transgender”.[4]

What exactly has happened for biologists to readily betray their scientific mission to conform to popular cultural trends?

This is only made possible because our language has distorted to the point where ‘rights’ do not mean the same thing to us all. Do transgender women (biological men) have the right to be treated as women in every aspect? Do biological women have the right to be exclusively associated with motherhood and the right to guard their spaces from men identifying as women? Who even knows, because nobody is speaking the same language anymore. The preservation of language is the preservation of reality.

Who suffers in the name of gender inclusivity? Women, women, and women again.

Reforms to the Government’s Gender Recognition Act propose that anybody can identify as any gender they like,[5] without going through any kind of procedure. What does this mean for biological women? Our spaces are now open to biological men who identify as women. There is a difference between trans-women and women, though the narrative is trying to overwrite this glaring reality. Who loses when this distinction is not enforced? Women, of course.

In sports, trans inclusion means trans women (natal males, such as Laurel Hubbard, a weightlifter from New Zealand) competing against and beating female athletes, while trans men (natal females) present little threat to male competitors.[6] It means that when women campaign against gender pay gaps, their biological male colleagues who began identifying as a woman now count in the statistics as ‘female employees’, confusing the damning statistics that once showed the disparity between the salaries of men and women.

When it comes to women in leadership positions, a male CEO can begin to identify and be counted as a woman when his entire career (and domestic life) as a man favoured their ascent to their position. In essence, transgender women can use their male privilege to obliterate the fragile gains of women in public and professional life, because… they’re women too now.

‘Gender inclusivity’ means that resources for women are redistributed to male users, while resources for men are left in male hands.

Pips Bunce, a director at Credit Suisse and a natal male, has been celebrated for championing gender fluidity in the workplace. Pips presents as Pippa on “female” days, outfitted in heels, a dress, and a long blonde wig. On “male” days, Pips presents as Philip, wearing flat masculine shoes and a suit.[7] Is his salary considered that of a male or female employee depending on whether he is in heels? Is the lived experience of womanhood so cheap it can be bought by donning a pair of Jimmy Choos? What is more misogynistic than presenting as female by doing nothing more than applying a coat of lip gloss and getting into sheer tights? All women who have lived womanhood know this is nothing but an insult and denigration of the female experience.

What could be the height of male (and overwhelmingly White) privilege than to effortlessly bulldoze your way into female-only environments, then cry foul when women resist their safe spaces being violated? The reality is that men enjoy some of the most secure privileges in our society – privilege that allows them to shut down biological women asserting their unique womanhood as tantamount to speech crime. This is a staggering ‘punching down’ while simultaneously positioning oneself as a victim. It would qualify as a Derren Brown ‘trick of the mind’ if it were not so alarming and dangerous in consequence for women today.

Revisit and defend manhood and womanhood for yourself

Today we watch a surreal collapse of the most basic biological categories of speech and understanding. Avoiding perceived ‘offence’ to a fraction of a fraction of the population is now prized higher than physical reality and truth.

As Muslims living in such a climate of gender dystopia, we need to lean back and look in. We know that—as believers—we have a dizzying array of men and women who embody the very best of human character, aspiration, and excellence. We sanctify the complimentary roles that men and women play as allies to one another, and our yardstick for success is never ‘if he/she can do it, I will do it too’ over the goal of achieving Divine pleasure.

This is all great in theory, anyway.

The reality is that even for us as Muslims, our ideas of both manhood and womanhood have become shallow, competitive, and spiritually impoverished. In an age that calls biological realities into question, it is imperative that we are a community that models security within gender constructs laid down by a Divine Lawmaker, and we showcase the heights it can take us. We need to reinforce the truths, protect the language, and do justice to true manhood and womanhood. Only from that vantage point can we credibly resist the absurdities that engulf the narratives of today.