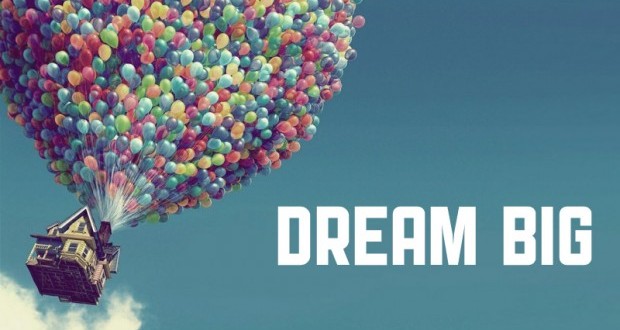 Last week, the world woke up to hear of the death of the well-known inspiration, role model and ‘astronaut’ of an athlete, Muhammad Ali, who passed away just days before the blessed month of Ramadan.

The news sirens screamed this breaking news and the internet erupted with chants of ‘Muhammad’ and ‘Ali’ as if his ‘Thrilla in manilla’ had just concluded. Alas, the champ who once ‘flew like a butterfly and stung like a bee’ returned to his Lord, and indeed we belong to Allah and to Him we shall surely return.

There are many lessons we can learn from his life, and I would like to discuss just one, especially since much has been written, read and already said. Before Muhammad Ali and after him there have been thousands of boxers, but none of them received the acclaim, nor touched as many lives as he did, because he was more than a boxer. His dreams exceeded a career or a profession. He dreamt big, stood fast by his ideals, and was willing to give up everything for his values and dreams. He was extraordinary because he did not limit himself to his profession, rather he dreamt to accomplish far greater things. Boxing never defined his life, rather life was defined by him. He was a man who exemplified these words:

What is the lesson we take from Muhammad Ali’s death? That we have forgotten our ability to define our own potential, and the fact that we have the right to dream. Every one of us is extraordinary. Every one of us can change the world we live in, in our own way, because we are Muslims. Our article of faith presents us an unprecedented potential and our very own podium of excellence, because our paradigms are not blurred by this world and its temporary glittery distractions but, rather, vibrantly clear with the understanding and internalisation of devotion and servitude to the King of Kings, Lord and Creator of everything to ever exist, Allah Almighty.

A Muslim can be the world’s greatest pilot who flies the world’s best carrier, taking people to places they could only dream of as children, exuding effortless charm and hospitality such that every person desires to meet him, train with him, and learn from him.

A Muslim can be the surgeon who walks the corridors of the best hospitals in the world, followed eagerly by dozens of wide-eyed interns paying attention to every word that passes his lips. He completes the most intricate of operations and has the rarest of knowledge and skills; he strives and perseveres in saving thousands of lives in the most internationally acknowledged of ways.

A Muslim can be the scientist who has reached the pinnacle of success and is the pillar of every science conference and symposium the world has ever hosted because he has a faculty of thinking and reasoning that inspires others to aspire. He ponders and reflects, fearlessly dreams and stretches the boundaries further than ever done before.

A Muslim can be the school principal fatigued from receiving endless job offers from all the best and most recognised institutes the world has ever known. One who is sought after by the world’s most elite governments, and who, with fierce determination and focus builds several schools aiming at redefining excellence whilst utilising his utmost passions and skills into building the next century or even two.

A Muslim can be the sportsman who holds every record in their field of play and serves as an inspiration to every aspiring athlete; one who is followed by millions spanning all across the globe, not only for his talent but for his unmatched generosity and wisdom. He inspires the youth to dream big, be relentless in their pursuit of their dreams, and to aim high even when all the odds are piled up against them.

Muslims can be a thousand selfless, visionary billionaires running multinational business empires with scores of people that love them. Businessmen and women who have earned every penny’s worth of their fortune in a praiseworthy manner whilst keeping their money in their hands and not their hearts. They work tirelessly day in and day out to support the scholars and propagators, the poor and the needy, the old and the young, developing a world that can truly be called ‘a better place’.

I hope  for ambitious leaders with the passion and drive to spark never-ending change in this world; that there will rise from amongst us heroes and heroines who aspire to reach nothing short of excellence and whose lofty ambitions will be a guiding light in this dark world. Muslims, before Muhammad Ali (raḥimahu Allahu), enjoy a past of giants that walked the face of this earth. In fact Muhammad Ali himself adopted the name of the greatest man to walk the face of this earth, Muhammad (sall Allahu ʿalayhi wa sallam), and his mighty cousin ʿAli (raḍiy Allahu ʿanhu), and attempted life with his ‘larger than life’ attitude accordingly. I hope that we take from our past to rekindle the light we have lost.

Islam is a powerful stimulant and catalyst for mighty progress on earth and I believe all of greatness only becomes possible with the shahada; simple words that ignite us by making excellence the minimum requirement in our lives. These simple words that demand the three I’s of success become part and parcel of our very own DNA: Ikhlaas (sincerity), Ihsaan (excellence) and Istiqaamah (steadfastness).

Muslims were placed on earth to teach, to be inspirational, to invent, to relate and formulate. Muslims were sent as givers and not takers. For Muslims; dreams were never that which you saw in your sleep, but rather that which keeps you awake and stops you from sleeping. For Muslims, “Service to others is the rent you pay for your room here on earth.” – Muhammad Ali

So dream big, work hard and together let us assume our podiums of excellence, make our dreams a reality and represent the world as the Ummah of Muhammad (sall Allāhu ʿalayhi wa sallam).

May we BE and REMAIN blessed. Amin.