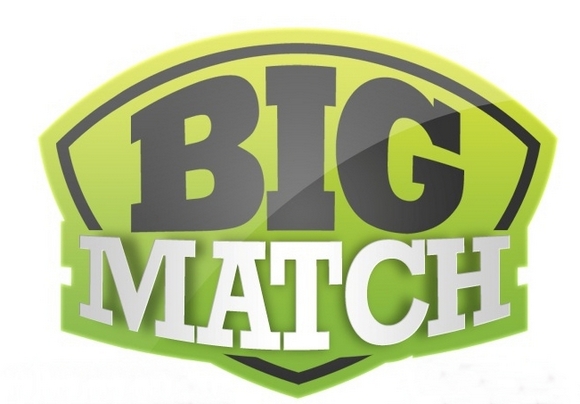 In the closing seconds of the 1966 World Cup Final Geoff Hurst hurtled down the Wembley turf with English fans prematurely encroaching onto the pitch eager to share in victory celebrations. It was at this moment that BBC Commentator Kenneth Wolstenholme famously exclaimed as Hurst fired England’s fourth goal into the roof of the net, ‘They think it’s all over – it is now!’ It was of course the English national team’s only ever championship victory. The best they have managed since then is a semi-final appearance in 1990 and a UEFA European Championship semi-final appearance in 1996. Almost 50 years after that famous triumph the English national team returns home from the FIFA World Championships in Brazil with a solitary point. A familiar disappointment that English fans have become all too accustomed to!

Bill Shankly the iconic Liverpool manager of the 60s and 70s famously stated, ‘Some people believe football is a matter of life and death, I am very disappointed with that attitude. I can assure you it is much, much more important than that’. While this quote achieved almost cult status amongst English fans and commentators, the reality of how meaningless it is was brought into sharp focus when the Columbian defender Andrés Escobar was murdered in the aftermath of the 1994 FIFA World Championship after scoring an own goal.

The sad reality is that football has become an obsession for many men, including Muslims. An obsession that transcends a fleeting interest in your favourite team, to becoming an all-consuming passion. During the World Championships in Brazil it is not uncommon to see Muslim men devoting four hours a day transfixed on their wide-screen TVs watching obscure clashes between teams they have no interest in. Having assumed a vegetative state in front of their TVs on a daily basis these same men will now engage their minds with pointless football trivia with other men during the day. Having nothing more important to talk about, they will argue with others in the work-place, over lunch or even in the mosque about the performance of the right back for Ecuador or the unfair off-side decision awarded to Costa Rica. For God’s sake – who cares?!

It is part of a man’s nature to need recreation. Exercise helps keep the mind and body active, and football is a simple team sport that needs nothing more than a ball and an open space to enjoy a decent workout and bond with friends. However, it is difficult to argue the recreational value of spending countless hours on your armchair following the exploits of eleven millionaires that when tackled jump, dive and then roll around in agony with the theatrical exaggeration of a Hollywood stuntman. In Shankly’s era football used to be a contact sport!

The purpose of this article is not to discuss the Islamic rulings or issues surrounding watching football. The issues related to men uncovering their ‘awrah (private parts), the mob culture which can sometimes instigate violent rivalries between fans, and the rock star status given to the most expensive players is not in my opinion the main issue we need to focus on. These are symptoms of a wider problem. Namely, Muslims have not come to terms with the weight of responsibility on their shoulders in this life.

Indeed, we offered the Trust to the heavens and the earth and the mountains, and they declined to bear it and feared it; but man [undertook to] bear it. Indeed, he was unjust and ignorant.[1]

There is a tremendous responsibility upon Muslims of custodianship of the earth and spreading the message of Islām. The Prophet Muhammad (Peace and Salutations be upon him) said:

There simply comes a point where a man is expected to assume his responsibilities and to realise that he will be held to account for them. Consider the shortness of our live span upon this earth. Consider further that of that life span much is spent in rudimentary acts of maintaining your life such as sleep and relieving oneself. The actual productive time of your life where you are making active decisions that will make or break your salvation in the Hereafter are incredibly short.

The shortness of our life span would be lesson enough to realise the value of time. But the matter is far more terrifying than this. For those few moments we spend in this life we are to be reckoned by an All-Powerful Judge who knows our most intimate secrets. A Judge who will be so angered by the transgressions of His servants on the Day of Judgement that He will resurrect them naked and uncircumcised and they will stand in their place for 50,000 years reliving every moment of regret from their life over and over again. They will not only regret the moments of sin and disobedience but the countless hours squandered as an affront to the Mighty and Majestic. As these servants agonise over their salvation they will beg for the accounting to begin only to see in front of their very eyes the Hell-Fire brought forward by 70,000 angels holding bridles. Do these angles hold bridles to bring the Hell-Fire forward or to hold it back? This is no ordinary fire – it is a living beast which has been kindled before the dawn of time to reach an intensity 70 times hotter than the fire of this world. It has been created for the sole purpose of consuming men and jinn and inflicting the punishment of Allāh upon the disobedient. As people see their destination drawing near, sparks and embers will emanate from it the size of camels. They will involuntarily drop to their knees, their sight not returning to them as they stare in abject fear.

The only refuge from Allāh is with Allāh. The only shelter from His punishment and anger is His Mercyand forgiveness. The Prophet Muhammad (Peace and Salutations be upon him) would invoke:

With the advent of Ramadān we have an opening to the Mercy and Forgiveness of Allāh like no other:

This month is the month of the Qur’ān. The nights are illuminated with the recitation of the tarawih prayer and the days come to life with Muslims busily reciting page after page having neglected the words of their Lord for the previous eleven months. The Prophet Muhammad (Peace and Salutations be upon him) said:

In fact the opportunities for salvation are so numerous in Ramadān that the angel Jibrīl invoked Allāh for damnation for the person who leaves the blessed month of Ramadān having not been forgiven. The Prophet (Peace and Salutations be upon him) said:

‘Jibrīl (peace be upon him) came to me and said: ‘If Ramadān comes and a person is not forgiven, he will enter Hell and Allāh will cast him far away. Say Āmīn.’ So I said Āmīn’.

In the knock-out stages of the world cup and of Ramadān et us be weary of turning our back on a door to Mercy that may never be opened for us again. Imām Ibn al-Jawzī is reported to have said, ‘The twelve months of the year are like the twelve sons of Prophet Yaʿqūb. And just as Prophet Yūsuf was the most beloved to Yaʿqūb, the month of Ramaḍān is the most beloved to Allāh. And just as Allāh forgave the eleven brothers by the duʿāʾ of one, Yūsuf, He can forgive your eleven months of sins by your duʿāʾ in Ramaḍān.”

So the stakes could hardly be higher – and I’m not talking about the golden trophy. During one Friday prayer, in the early stages of Islām in Medīna, the Prophet (Peace and salutations be upon him) was delivering a sermon when a trade caravan arrived accompanied by drums. A number of the companions rushed out to the distraction leaving only a few in the presence of the Prophet (Peace and salutations be upon him). Allāh revealed a verse legislating the correct etiquettes of listening attentively to the Friday sermon and establishing the core principle of not being distracted by frivolous entertainment from the remembrance of Allāh:

“But when they saw a transaction or a diversion, [O Muhammad], they rushed to it and left you standing. Say, “What is with Allāh is better than diversion and than a transaction, and Allāh is the best of providers.”[6]

What is with Allāh is indeed better than diversions and all-consuming entertainment. So on the eve of Ramadān it really is time for the believers to step up to their responsibilities and for men to assume the qualities that their Creator considered to be qualities of men:

“In mosques which Allāh has ordered to be raised and that His name be mentioned therein; exalting Him within them in the morning and the evenings, [are] men whom neither commerce nor sale distracts from the remembrance of Allāh and performance of prayer and giving of zakāh. They fear a Day in which the hearts and eyes will [fearfully] turn about.”[7]