A forgotten gold mine: du’ā of a fasting person 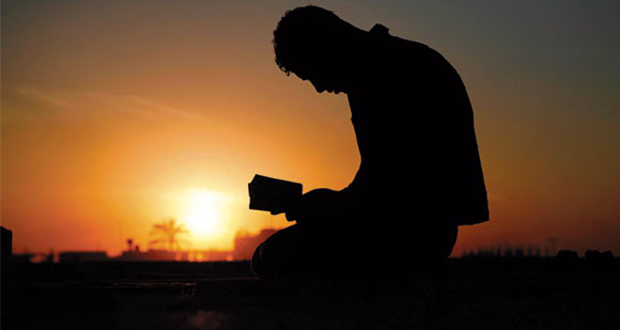 The fasting person has a golden moment when their every request will be accepted. A moment which is so precious that the invocation of any one of us can be elevated to the invocation of the just ruler. The same just rulers who will recline on pulpits of light in the Hereafter, and be shaded by the throne of Allāh on the day when there is no shade, except His shade.

‘When Ramaḍān comes, the Doors of Mercy are opened, and the doors of Hell are closed, and the devils are locked up[1].’

This hadīth would be sufficient encouragement for us to invoke Allāh night and day during Ramadān. When the Beneficent, the Most Generous promises to fling open the doors to His expansive and all-encompassing Mercy, we should eagerly flock to take advantage of His promise. But the Prophet Muhammad (Peace and Salutation be upon him) went further and specified:

It is not only the status and honour of the month of Ramaḍān which attracts Allāh’s all-encompassing Mercy, but specifically the state of fasting. Little wonder that the fasting person has a divine promise which is sure to be fulfilled when Allāh has already stated in the hadīth Qudsi, ‘Fasting is for me and I will reward it’[3]. Fasting is that unique of act of worship which riyā (showing off) cannot penetrate. Indeed, Ibn al-Jawzi said, ‘All acts of worship are noticeable (by others) when performed and it is rare for it to be free of some tarnishing, except fasting’[4]. Nobody sees a person fast in the same manner that a person sees other acts of worship so the sole intention of a person maintaining their fast in public or private must be the sincere devotion to Allāh alone.

It is this sincerity which is a sure means for the invocation to be accepted. In the famous hadīth of the three men who were trapped by a boulder in the cave[5], each one of them secured their freedom and the miraculous moving of the boulder by invoking Allāh with their most sincerest of deeds. Indeed when Abū Umāmah asked the Prophet Muhammad (sall Allāhu ʿalayhi wa sallam) to command him with an action which would cause him to enter Paradise, the Prophet Muhammad (sall Allāhu ʿalayhi wa sallam) said, ‘Take to fasting for it has no equivalent’[6].

Allāh described the Prophet Muhammad (sall Allāhu ʿalayhi wa sallam) in the Qur’ān with his quality of being anxious for good for this nation, ‘He is concerned over you and to the believers is kind and merciful’[7]. He not only has directed us to all that is good and warned us against all that is evil, but has taken us by the hand and walked us through the path. After describing to us the status of the month of Ramadān and that the fasting person’s invocation is not rejected, he as the mercy to mankind that he truly is, directed us to the exact moments when Allāh will certainly accept our invocations:

‘Three men whose invocation is never rejected are: when a fasting person breaks their fast, the just ruler and the one who is oppressed[8].’

Indeed these golden moments are the minutes immediately before the breaking of the fast. A time when the fasting person is reaching the climax of a great act of worship endeared to Allāh. Indeed we may reflect that it is often as we approach the completion of great acts of worship that Allāh accepts our invocation. The Prophet Muhammad (sall Allāhu ʿalayhi wa sallam) said, ‘The best invocation is that of the Day of Arafat’[9] which is the culmination of Hajj. The Prophet Muhammad (sall Allāhu ʿalayhi wa sallam) was also asked: which supplication is heard by Allāh? And he said: ‘The end of the night and at the end of the obligatory prayer’[10]. This is of course a reference to the invocations which are made in the final sitting of the prayer, prior to making the taslīm. Note how these accepted invocations are not after the worship has completely ended, but just before, in much the same manner as the pilgrim is commanded to invoke Allāh after stoning of the first and second pillar, but not the third pillar[11], which represent the end of the act of worship.

Also it is a great wisdom that by invoking Allāh at this crucial moment before ending the fast a person will protect himself from any misgivings of self-deceit and being impressed by one’s own actions. In the long, hot summer days a person may fast up to twenty hours while maintaining their commitments to work, family and of course their other acts of worship such as prayer and charity. So by invoking Allāh at this moment the fasting people remind themselves of their complete need and reliance on Allāh and humble themselves before the King of kings who accepts no arrogance or pride in His court, as Allāh said in the Qur’ān:

‘O mankind, you are those in need of Allāh, while Allāh is the Free of need, the Praiseworthy[12].’

As the clock ticks down to the eagerly awaited time of Iftār, when the fasting person is promised two delights[13], the heart of the believer should soften in recognition of the great favour conferred by Allāh on him. How many countless millions walk around on the streets heedless, never tasting the sweetness of faith, and never tasting the sweetness of food after a day of fasting? They will live their entire lives and die not knowing the feeling of conquering your carnal desires for the sake of Allāh. In this state of humility of the heart and gratitude to the One who guides, the believer raises their hands and invokes, and their invocation is accepted.

Allāh said in the Qur’ān:

‘And when My servants ask you, concerning Me – indeed I am near. I respond to the invocation of the supplicant when he calls upon Me. So let them respond to Me and believe in Me, that they may be guided.’[14]

But if we zoom out from the verse in Sūrah al-Baqarah and study the context of the surrounding verses we will notice that indeed they are the verses ordering the fasting in Ramaḍān. There are three verses before this verse and one verse after. Sheikh al-‘Uthaymīn explains in his tafsīr that some of the scholars consider the position of this verse as indicative of the invocation being accepted at the end of the fast. He further explains that Allāh has promised in this verse to respond but not necessarily grant the actual request, because it may be that Allāh in His infinite wisdom delays granting the request to increase the believer in humility and reliance upon Allāh, which thereby increases their faith and their reward in the Hereafter. Or it may be that Allāh does not grant the request in this world but accumulates the reward for the Hereafter for a time when every soul will be in desperate need for a single good deed, or Allāh grants the believer something better than what they invoke for, or removes some calamity greater than their request.

How tragic it is to see that in these most precious of moments before the iftār you will see people idly wasting their time glancing at clocks and double and triple checking timetables that have barely changed since the day before. You will see women racing around the kitchen preparing lavish dishes for gluttonous family members whose eyes want more than their stomachs can bear. You will see men in the mosques reclining against the wall or waiting at a dish engaged in meaningless small talk. For the sake of Allāh, raise your hands and invoke Him. Ask and continue asking until your heart is content. Ask for yourself, ask for your parents, ask for your family and ask for the ummah. Ask for the good of this life and ask for the Hereafter and know that you will tire of asking while Allāh will never tire of giving.