Fasting & GCSEs: A School’s Guide to Preparing for Ramadan 2018 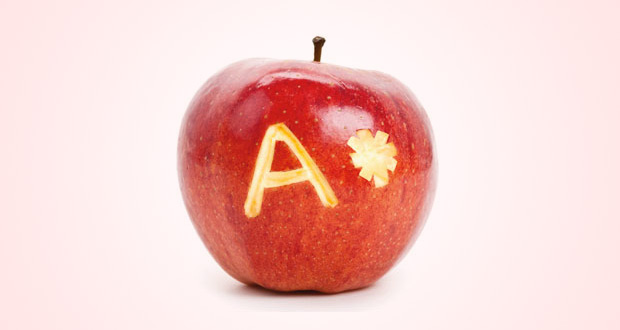 Why do Muslims Fast?

Fasting the month of Ramadān is one of the five Pillars of Islām and is held in high esteem across all Muslim cultures and societies. It is seen as a unique act of worship which combines God consciousness, self-control, character development and empathy for the poor.

The Prophet Muhammad (Peace and Salutations be upon him) stated that:

“Islām has been built on five pillars: testifying that there is no God worthy of worship except Allāh and that Muhammad is the Messenger of Allāh, establishing the prayer, paying the obligatory charity, making the Hajj (pilgrimage) to the House, and fasting in Ramadān.”[1]

Fasting is an intensely personal act of worship and is at the heart of the relationship a Muslim has with God. It is not an act of worship which can outwardly be detected by others hence there is no element of ostentation that can tarnish the purity of the intention. If for example, if a person claimed to be fasting ate and drank in private none would be the wiser, hence fasting is considered an act of worship which strengthens God consciousness. It is for this reason that the Prophet Muhammad (Peace and Salutations be upon him) stated that God declares:

The Importance of character development

The prohibitions of fasting not only includes food and drink but also include all forms of rude and offensive behaviour including lying, foul language, fighting, backbiting and slander. The Prophet Muhammad (Peace and Salutations be upon him) stated that:

“Whoever does not give up false statements, and evil deeds, and speaking bad words to others, Allāh is not in need of his leaving his food and drink.”[3]

Hence Ramadān is seen as the prime time to shed offensive behaviours and use fasting as a vehicle for character development. If a person can strengthen their will-power and give up essential food and drink for a period, they really should be able to give up offensive speech and behaviour for good.

The Importance of charity

Ramadān is also the time when the fasting person experiences a fraction of the pain of the poor and needy and experiences hunger for a limited time. It is no coincidence that as a result charitable donations reach a peak in the Muslim community during Ramadān with estimates of the total donation amounts from personal donations during Ramadān from Muslims reaching £100million in the UK alone.[4]

Do children have to fast?

Children are not obliged to fast but have always fasted in Muslim communities from a young age as a training for the obligation in adulthood. Many from a primary age will start fasting some days, either because parents may want to gradually introduce the practise for them or the children may themselves want to feel part of what they sense is a very special part of the year for families. The whole experience of families coming together, preparing their meals together and breaking fasts together can be a great encouragement for children to fast.

Ultimately the role of the school is to offer advice and guidance for those students who do choose to fast on how they can maximise their performance in GCSE examinations.

What are the exemptions from fasting?

There are two main exemptions from fasting mentioned explicitly in the Quran:

“So whoever among you is ill or on a journey – then an equal number of days [are to be made up]. And upon those who are able [to fast, but with hardship] – a ransom [as substitute] of feeding a poor person [each day]. And whoever volunteers excess – it is better for him. But to fast is best for you, if you only knew.”[5]

Hence, the person who is ill or on a journey is exempt from fasting. They can make the fasts up later when they have recovered or return from the journey. They still do however have the choice to fast while ill or on a journey if they choose to do so. The concession for the ill not to fast and make up the days after Ramadān covers the spectrum of situations where a child may not be able to fast through ill health or dehydration. Fasting long, hot summer days may in individual cases exceed the physical ability of a person – young or old. Where there is a prospect of genuine harm to health on a particular day, the fast should be broken and made up later. That is why it is important that Muslim parents talk through this concession with their children, and children know their own limits. A tummy ache brought about by the pangs of hunger is expected, but a young person who is genuinely feeling ill to the extent of feeling faint or physically unwell needs to break their fast. Parents should send their children to school with a bottle of water and some fruit as a precaution. And children should not feel guilty or anxious if they have to legitimately use the concession.

Public examinations or work commitments do not constitute an exemption.

This year GCSE examinations will fall directly in the month of Ramadān so the question arises for those children who want to fast, how best can they prepare?

Last minute cramming is not an option

Last minute cramming is not helpful. It overloads the short-term memory with information which is quickly forgotten during the exam because it has not transferred to the long-term memory. Exams actually test skills and application as well as memory retention and these need to be embedded over time. That’s why it is important for students to work throughout the course and not leave it all to the last minute. Students need to a set a realistic revision timetable which focuses on regular revision with short breaks. Ramadān is a very busy family time and often short naps are needed in the afternoon. There just won’t be the capacity for last minute cramming the night before an exam.

In exam season sleep will be just as important, if not more important than nutrition. Staying up all night revising will do more damage to students than good. It is important to get into a regular cycle of sleeping early before Ramadān even starts. With the nights being so short the temptation will be to break the fast and stay up until dawn. This should be avoided particularly for younger children. Sleep early and wake up for the pre-dawn meal. Short naps in the afternoon can be a good way of alleviating tiredness but hours and hours of deep sleep all afternoon defeats the purpose of fasting and is not good preparation for exams the next day.

The suhūr (pre-dawn meal) is an essential aspect of fasting. The Prophet Muḥammad (Peace and Salutations be upon him) said:

“Eat the pre-dawn meal for in it there is blessing.”

This meal gives vital nutrition to the fasting person and the priority should be to drink plenty of water, remain hydrated, eat fresh fruit and vegetables, and avoid salty and fried foods. Slow energy-release foods such as whole-wheat pasta and porridge can be a useful source of energy for the day, and dates are the tried and tested food to ward off hunger. Small and regular meals are always better than one-off binges. From the time of breaking the fast, the meals should be staggered. After initially breaking the fast with dates, water and fruit along with the favourite starters, the person should take a break before eating their main protein-based meal.

If a person is not used to fasting it can take several days for the body to adjust to both the new eating patterns and the new sleeping patterns. To ensure students hit the ground running when Ramadān starts and there is no dip in performance during the exams which coincide with the start of Ramadān, students should fast some of the voluntary fasts in the month before Ramadān. This is called the month of Shaʿbān. The Prophet Muhammad (Peace and Salutations be upon him) would fast virtually the entire month of Shaʿbān in preparation for Ramadān and would also fast Mondays and Thursdays throughout the year.

The school should give due consideration to ensuring conditions in the exam hall are as good as possible for students. This year in particular the exam schedule is more condensed than ever with clashes between several popular exams. New guidelines brought in now mean that these exams are sat back-to-back with a very short break. All in all, students could find themselves in the exam hall for several hours sitting multiple exams in a day. The school should strive to ensure ventilation, shade from sunlight, temperature and humidity have all been considered.

Students should make sure they are not working in complete isolation and that they have a supportive team around them consisting of friends who also want to work hard and do well, teachers who know their subjects inside out, and family members who are there to provide the emotional support when the pressure mounts. A student sits an exam alone but they should certainly feel reassured by the support of their teachers, friends and family.

Fasting during the exam season may be one of many challenges that young people will face. Exams are more difficult and more condensed than in previous years, and the distractions are certainly more prolific with smartphones and apps demanding live updates. Whatever decision a young person decides to make in terms of fasting or not fasting, they will certainly need to be supported through this period and the adults around them who they trust and rely on have a key role in providing advice and guidance.