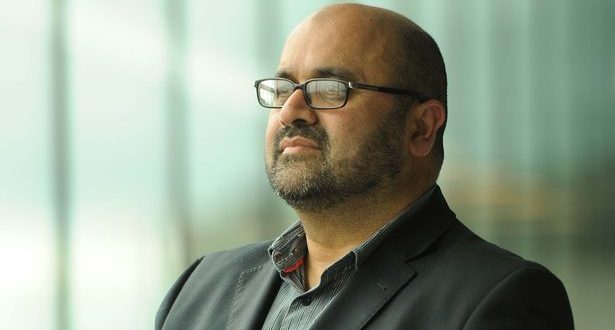 Your chance to help Trojan Hoax victim fight back

A landmark legal challenge is currently being fought by the first person to be affected by the Education (Independent School Standards) Regulations 2014.[1] Tahir Alam is the first person to have been “banned from having any involvement with schools” by the Department for Education, following the infamous “Trojan Hoax” scandal. Perhaps the most worrying aspect of his treatment – showing the importance of this test case – is that he was banned under the extremely ambiguous and contested pretext of “extremism” and undermining “Fundamental British Values”.

Whilst it is ostensibly Muslims that are bearing the brunt of these arbitrary restrictions and exercises of power under the banner of “extremism”, it is only a matter of time before more and more people are being labelled by these ambiguous and amorphous terms. As we have already seen in some parts of the country, even anti-fracking demonstrators have been affected by legislation and policies giving power to authorities to restrict the rights of so-called “extremists”.[2] Muslims are therefore somewhat of a vanguard for pushing back against arbitrary restrictions of citizens, and as such we have a great responsibility as a community.

Ideally the judiciary should be able to act as a safeguard to prevent citizens being unlawfully harmed by government institutions, and cases like Mr Alam’s would act as an important check and balance for all citizens. However, he is unable to match the power and legal resources at the government’s disposal, which is why he has been unable to mount a successful challenge so far against his banning. As a result, he has been given the opportunity to crowdfund for raising legal costs from the wider community for this important test case. He wrote the following for Islam21c to raise awareness about this case and its background.

For the past twenty years I have been committed to education both nationally and particularly for local children in Birmingham. When I was chair and school governor of the Park View Educational Trust, I was caught up in the “Trojan Horse” allegations and was accused of “Islamic extremism” and “undermining Fundamental British Values”, which I categorically reject entirely. As a result of these allegations I have been banned from having any involvement with schools.

I am fighting the ban against me in the courts, and I am appealing to everyone’s natural sense of justice for help. If this ban is left unchallenged, it will allow the government to arbitrarily accuse people of “extremism” and undermining “British values” with impunity, banning more and more people from public life.

What I stand for in education

I am a family man with two children. I have strong community links and have served as a volunteer governor in deprived inner-city schools for nearly twenty years. I believe that every child has the right to a high standard of education and the right to fulfil their potential. I believe in a pluralistic society that reject “extremism” in all its forms. I believe that schools should thus be inclusive and grounded in the communities they serve, providing an outstanding service to their constituency. I believe strongly that local people should serve as governors to help give direction to schools and hold leadership to account by being their “critical friends”. I am proud of what we achieved for children in our schools in deprived areas which had been failing historically for decades.

In 2014 allegations surfaced in the media that several schools had been taken over by extremists and that their curricula had been manipulated. This became known as the “Trojan Horse” plot because an anonymous letter accused me and others of being so-called “extremists” who had secretly forced Islam into the curriculum and taken control of state schools. I and others have strongly refuted these allegations and will continue to do until justice is served.

The allegations arose amidst a media feeding-frenzy – they took hold in an atmosphere where there were frequent unsubstantiated accusations of Muslims intent on taking over this country. After ‘investigations’ into these allegations, I became the first person to be banned by the Department for Education from having any involvement within education and schools.

I feel that I have been condemned and the decision to do so has been unfair, unjust and politically motivated.

Yet, in 2015, the Parliamentary select committee on Education said in its report, ‘Extremism in Schools: The Trojan Horse Affair’, that there was “no evidence of extremism or radicalisation…no evidence of sustained a plot…”[3]

The Trojan Horse “plot” that never was, was a widely disseminated false accusation covered in mainstream screen and print media nationally. It continues to be the subject of discussions and recently was also the subject of a BBC1 documentary programme, The hunt for classroom extremists.[4]

Despite running highly successful schools in deprived communities; having committed no crime and being a law-abiding citizen, I find myself vilified, suffering massive reputational, professional and financial damage.

Why my case matters to us ALL, regardless of creed or colour

The decision to bar me is essentially a politically administered (ministerial) one made by the Secretary of State for Education, not a judicial one. In this manner, a person can be barred, with serious consequences of pariah status, without any rigor of an open judicial process.

The Department for Education has chosen to continue to seek banning orders against governors and teachers.  It is based on arbitrary notions of British Values, and affects anyone who does not ‘fit in’ or fall into line. This is a massive distraction from the day-to-day problems of many failing schools in our communities.

This issue is not just about justice – in word and deed- but an issue about human rights; the right to a fair hearing and equality. The case is of wide public importance and affects governors, teachers, parents and students. My case will set the standard for other cases to follow.  This is your – our -opportunity to overturn this blatant injustice.

My only avenue to contest the ban is by appealing to the Education Tribunal. I do not have sufficient the funds to fight this on my own and I am not eligible for legal aid. I am therefore crowd-fundraising for an initial minimum of £10,000 (stretch target £18,000) to enable me to gather, document, prepare evidences, and to have legal representation at hearings so I can defend myself against these spurious allegations.

My appeal to the Tribunal is scheduled to be heard in March.  There will be a lot of evidence presented that my lawyers will need to comb through.  They will have to track down witnesses, take statements and agree a timetable.  Witnesses will be called and cross examined.  Legal submissions will be made.  This is likely to involve a two week – or may be longer – hearing which I will need barristers to represent me at.

I want to present evidence in the case to be able to defend my role as a governor and disprove allegations against me.  As I am the first person to be banned by the Department for Education from having any involvement with schools and stand accused of undermining fundamental British Values, my case is a test case.   It is vital that I have the chance of putting my side of the story. Only with appropriate legal representation do I have chance of a fair hearing.  I can only do that with your help.

M-R Solicitors who are have been dealing with my case said the following,

“There is no way that Mr. Alam can have a fair hearing under the present circumstances. A case of this importance and magnitude will require considerable person power and resources to come anywhere close to matching those of the Department of Education. It is vital that all the issues are aired and a just and unbiased decision is made. Without equality of arms this will simply not be possible.”

You can donate towards this case by visiting my CrowdJustice page. [5]

Tahir Alam is former school governor and chair of Park View Educational Trust. He has been working to help improve schools in underprivileged areas for twenty years. He was at the core of the infamous Trojan Hoax scandal and has been vilified and banned by the Department for Education from working in education as a result.