A Year Since the End of US Occupation in Afghanistan

After drastic social, economic and human costs of the war, what does the future hold for the people of Afghanistan?
News Afghanistan 30/08/2022No Comments5 Mins ReadBy Maira Khan 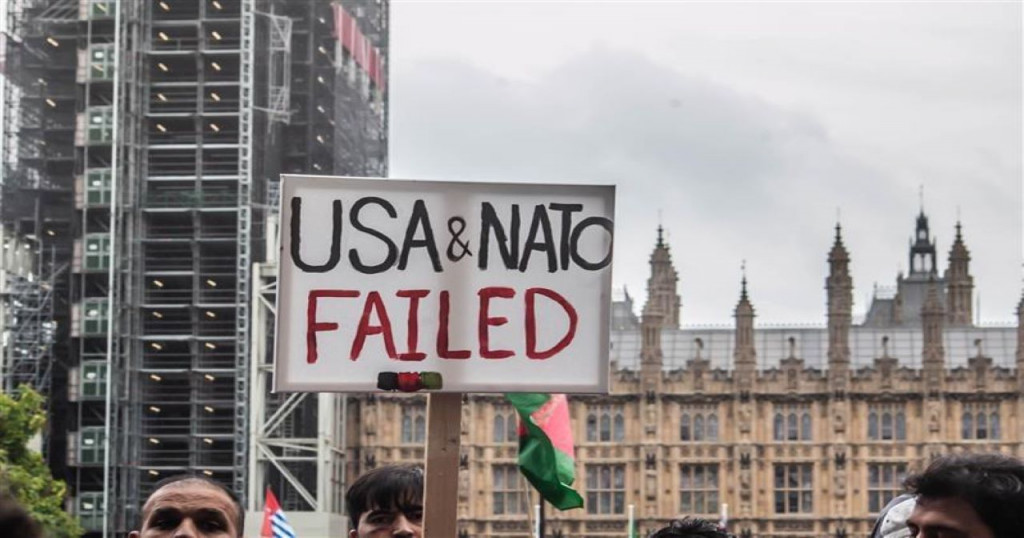 It has been one year since the United States and its allies’ humiliating defeat and forced withdrawal from Afghanistan after inciting 20 years of war. The drastic social, economic and human costs of the war are reflected in a report from Brown University which found the post 9/11 wars have cost the US an estimated $8 trillion and killed more than 900,000. The death toll does not include deaths caused indirectly through displacement, disease, and loss of livelihood [1].

The Taiban began making their way into power after taking Kabul on the 15th August, becoming the official government of Afghanistan. The final US troops withdrew from Afghanistan by the 30th August.

The past year has been filled with challenges for the people of Afghanistan as they witnessed a deadly earthquake of 6.1 magnitude damaging approximately 10,000 homes [2]. More recently, a devastating flood hit eastern provinces killing more than 182 people and destroying livestock [3]. Alongside this they are facing what researchers are describing as the ‘world’s worst humanitarian crisis’ with millions at risk of acute hunger [4].

The socio-economic conditions are further exacerbated by the country’s central bank assets remaining frozen under US jurisdiction. Approximately $10bn is being held by the US and other countries (also read: Biden steals from famine struck Afghanistan). While the Taliban call on the international community to lift sanctions and lift the freeze on assets so they can attend to the needs of the nation, much of them refuse to recognise or legitimise the government.

What does the future hold for Afghans?

While a sense of uncertainty may prevail, given Afghanistan has been left to recover from two decades of social and economic damage, leaving millions in a state of instability, there is also a new sense of serenity with streets calmer. There are no longer fighter jets and bombs flying over the skies or army tanks polluting the streets, civilians no longer have to fear being caught in a cross-fire of invading and defending forces. For those generations who had to endure the psycho-social detriments of war, they can now have some hope that their children will grow up in a prosperous and peaceful environment.

This new-found peace has given Afghans the opportunity to begin their own initiatives, travel across the country freely, and contribute to society without the fear of military attacks.

Schools and public sector jobs have resumed for most of the community; however, schools are still closed for secondary school girls. The Taliban affirmed that schools will remain closed indefinitely until there are policies put in place which are compliant with principles of Islamic law and Afghan culture. While many will have felt disheartened by this decision, members of the community have been proactive to instil hope in the hearts of these young girls while they are temporarily out of education.

Ayesha Farhat Safi is a graduate from the Islamic Law faculty at Alberoni University and lives in Kabul city, Afghanistan. She states

Ayesha Farhat is supporting young girls by providing them with the space and opportunity to study and gain skills at a time when schools are temporarily closed for older female pupils. At a time when Afghanistan is facing an economic crisis due to frozen assets and recovering from 20 years of war, grassroots initiatives like Ayesha’s are just what is needed to bring hope and strength to the Afghan community [6].

Other positive developments include the transformation of poppy farms into strawberry farms which provide farmers with a viable alternative to make a living. Poppy cultivation was often the cause of cases of addiction which had untold detrimental social impacts.

It is a dark mark on the conscience to have neglected the needs of Afghans in the past, we cannot continue to neglect them. It is important we engage with and support grassroots initiatives, interact with the lived experiences of women, men and children and humanise the community after they have been severely dehumanised for decades by Western media. It is of benefit to try to understand their needs in a way they feel best, and not the way we feel is best for them. For decades, Afghans have had imperialist invaders try to dictate how they should live their lives, all alongside inciting a bloody war which has cost the lives of thousands. Many can never recover from the psychological trauma of war; many have relatives who were meaninglessly killed who they can never forget. We will no longer forget them.