We share in the news that an incredibly gifted Muslim boy from Leeds has hit the top <18s Mensa IQ score of 162, beating the likes of theoretical physicists Albert Einstein and Stephen Hawking; indeed, success is from Allah
News Views 15/11/20222 Comments4 Mins ReadBy Shaheer Choudhury 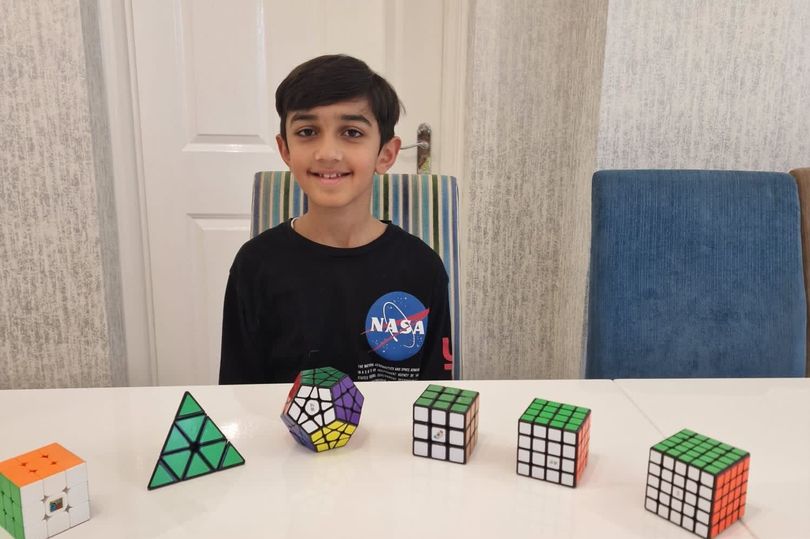 Albert Einstein is generally referred to as a scientific and mathematical genius whose intellectual level is pretty hard to beat. However, a Muslim family in Leeds have been quietly celebrating in recent weeks after one of their young children scored 162 on the Mensa IQ test. [1]

After completing the test at a centre that saw adults also sitting amongst the youngster, Yusuf Shah, of Wigton Moor, Leeds, scored the highest possible result that under-18s can register. His parents, Sanaa and Irfan Shah, are particularly proud of their son’s achievement.

“I was so proud. He is the first person to take the MENSA test in the family. I was actually a little concerned too – he has always gone into a hall full of kids to take tests. We thought he might be intimidated by the adults [at the test centre]. But he did brilliantly.” [1]

In addition, Mr. Shah said that Yusuf’s unique achievement has come after years of schoolteachers saying that the young boy is receiving near perfect results. Remarkably, Yusuf has been observed from the age of nursery to be a faster-paced learner than others.

“Even in nursery we just noticed that he was doing the alphabet and things quicker than other children, but you just thought some kids may pick up the ABCs a bit quicker.

“So, he just has this natural flair for maths and I guess that’s when we sort of realised. Even his school teachers, every time we get school reports – they’re amazing, they say there’s nothing for us to teach.” [1]

In his free time, Yusuf is understood to enjoy puzzles including Sudoku and various types of Rubik’s Cube, as well as having an insatiable passion for mathematics that stretches beyond school and well into the future.

Mr. Shah added in comments to the Yorkshire Post,

The star himself told reporters that he was curious to find out what he would get in an IQ test, after his school friends and other classmates noticed that he was much smarter than everyone else.

“Everyone at school thinks I am very smart and I have always wanted to know if I was in the top two per cent of the people who take the test.

“It feels special to have a certificate for me and about me. I also never thought I would be on the news.” [1]

As if the news that a British Muslim primary school-aged boy has gone and done an IQ test and smashed it was not sufficient, it has been reported that Yusuf misunderstood how much time he actually had available to complete one of the test’s sections – he had been told he had fifteen questions to answer in three minutes, but he misheard and thought he had thirteen minutes. Despite this time delay, he still came out with a maximum score of 162.

“My success comes only through Allah. In Him I trust and to Him I turn.” [2]

We should remember that success comes from Allah alone. This example of a young boy achieving leaps and bounds beyond not only his classmates, but also perhaps the entire country, is testament to his and his parents’ sincere efforts.

“I still tell him that ‘Your dad is still smarter than you’. We take it all light-heartedly. Even if you are talented, you have to be the hardest worker.” [1]

May Allah grant Yusuf and all of our young children success in their school lives and beyond. This example can serve as an inspiration to millions in the UK and elsewhere, that if you apply yourself and have faith in Allah, you can achieve great things.