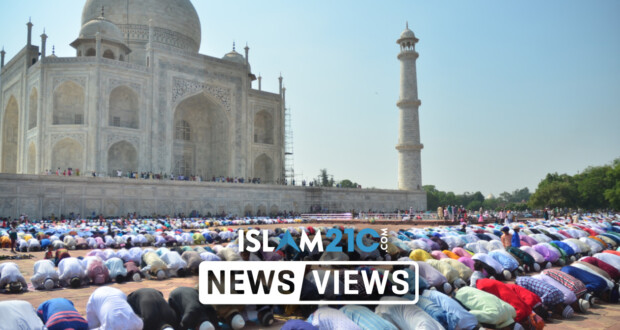 After nearly two decades of having their reputations irreversibly tainted by false allegations of ‘terror’ offences, 127 Indian Muslims from West Bengal, Gujarat, Maharashtra, Tamil Nadu, Madhya Pradesh, Karnataka, Rajasthan, Uttar Pradesh, and Bihar were finally acquitted of any wrongdoing. In a judgement handed down on Sunday, the court—headed by Chief Judicial Magistrate A.N. Dave in the city of Surat, Gujarat state—ruled that the prosecution had failed to provide a “cogent, reliable and satisfactory” level of evidence to maintain the charges against the 127 individuals. [1]

After 20 years, Surat court gives clean chit to 122 Muslim activists who were charged under UAPA in Surat SIMI convention case.

The court said that the prosecution failed to produce "cogent, reliable and satisfactory" evidence against the accused. pic.twitter.com/iYwHFdqjTT

“The fact is there is no compensation for people held for so long. The fact that there is no prosecution of policemen who plant, forge or manufacture evidence to keep these people under trials for so long in itself indicates the judicial system is not working…” [1]

In late 2001, a large Islamic seminar was scheduled to take place between the 27th and 30th of December, organised by the All-India Minority Education Board. Hundreds of scholars and local community leaders had been pencilled in to partake in the lectures.

However, without warning on the 28th of December, the police raided Rajeshree Hall, where 121 Muslims were staying whilst attending the three days of Islamic classes. At the disused movie theatre, police arrested all 121 occupants under the Unlawful Activities (Prevention) Act (UAPA) – a piece of anti-terror legislation dating back to 1967. [2]

Along with the above 121 people, a further six were also arrested under the UAPA. All were falsely accused of being members of a banned group – the Students Islamic Movement of India (SIMI), proscribed by the Indian government in 2001 shortly after the events of 9/11.

The Government has for a long time alleged that SIMI has ties with Pakistani armed groups. Reportedly, SIMI aims for the “liberation of India” by transforming the country into a Muslim nation. However, the organisation itself states that it merely aims to propagate an “Islamic way of life”. [3]

Accused for the last 19 years of trying to “promote and expand” on SIMI’s alleged goals of making India an Islamic nation, many endured great hardships during the prolonged trial, which saw five of the accused pass away while fighting for their innocence. Many others suffered financial losses as well as serious harm to their integrity and to others’ perceptions of them.

One of the men, Mohammad Abdul Hai, was in a senior teaching position when he travelled to Surat to attend the talks. Abdul Hai, an associate professor at Jodhpur’s Jai Narain Vyas University, never expected he would be thrown into jail for the next 14 months after attending the Islamic event. Abdul Hai was accused of being “anti-national” and a “terrorist”.

“This case caused so many problems for us and our families. Some of the victims lost their government jobs, some couldn’t get work for years…” [1]

Even after the appalling ordeal of spending more than a year behind bars for a crime he had not committed, Abdul Hai’s torment was far from over. Abdul Hai was made to travel for a staggering 860-mile round trip, twice a month, from his Jodhpur home to a police station in Surat, Gujarat state, in order to see a magistrate.

Even after his employer gave him back his position as associate professor, Abdul Hai was barred from seeking any further promotion at his university. In a reflection of the frustration at being held back and losing out financially, Abdul Hai said:

“I was working as an associate professor on December 27, 2001, and I retired at the same position in June 2015. I couldn’t get a single promotion all these years and lost so many monetary benefits a government employee gets, including gratuity at the time of retirement…” [1]

53-year-old Asif Iqbal, a public healthcare worker in Surat, spent four months in jail on top of being suspended from his job for over 10 years, even though the case against him had yet to be determined. As Iqbal said to Al Jazeera, “This case ruined my life. For a decade and a half, I wasn’t paid the full salary…” [1]

In addition to losing out on his income, Iqbal expressed his guilt and the shame of seeing his elderly father of 75 years driving an auto-rickshaw – also referred to as a ‘baby taxi’ – in order to help prop up their family.

“I kept telling the officials the case is still pending in the court and I have not been declared guilty, so let me keep my job but they didn’t listen and terminated me…” [1]

Another of the men, 51-year-old Asif Sheikh, was studying towards a qualification in journalism at the University of Gujarat. After his arrest in 2001, Sheikh was unable to continue with his studies, eventually becoming a spice vendor – a far cry from his aspirations to enter the world of communications and journalism.

“I was labelled a SIMI member. Because of this label, no organisation would give me a job… Our houses were raided as if we were dreaded terrorists… I wanted to be a journalist but now I am selling spices.” [1]

Sheikh also raised a very important point in arguing that the only reason he and the other 126 Muslims were arrested in December 2001 was to make an example of them and to instil fear into the general Muslim population of India.

“If a group of people who want to talk about education of Muslims or their constitutional rights are booked in a bogus case which drags for 20 years, what does that mean? It creates fear… Why isn’t anybody talking for the Muslim community today? Because there is fear. This fear has been created by such cases.” [1]

A social activist rightly argued shortly after the court’s decision that the surviving 122 individuals should be provided with compensation:

“Many of them spent years in jail while facing trial. Five accused even died during this lengthy legal proceedings. They should be compensated…” [3]

The decades-long case sheds light on India’s “significant bias against Muslims”. Whilst the mass arrest happened in 2001, two non-profit organisations called Common Cause and Lokniti concluded in a 2018 study that 47% of Indian Muslims worry that police will falsely accuse them of being terrorists and discriminate against them due to their religious beliefs.

Alhamdulillāh, these men are now absolved. However, it should not be taken lightly that they have suffered a great deal of torment from their nearly two decades of being wrongfully accused of being ‘terrorists’. May Allāh grant them and their families peace.