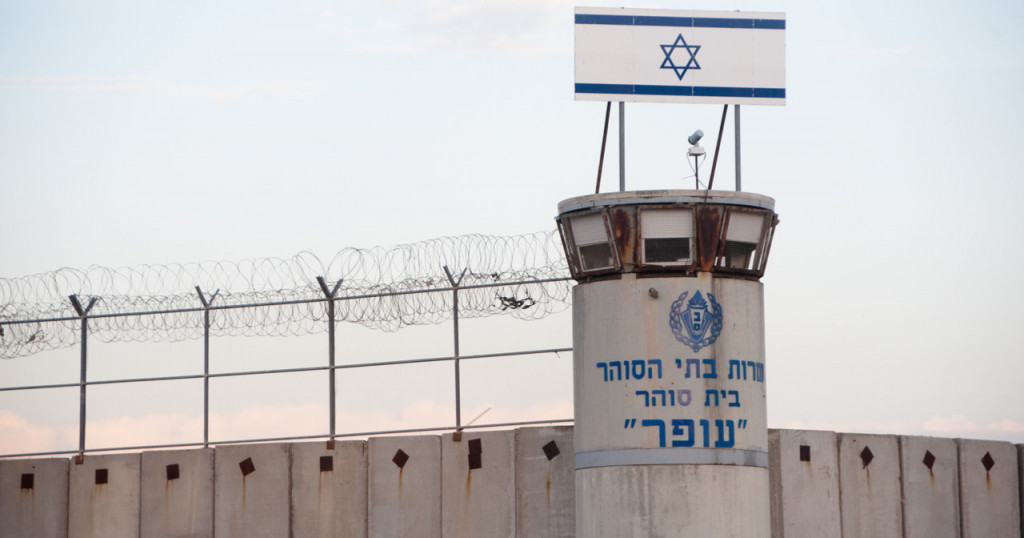 Israeli citizen Shahar Perets had never dreamt that she would mark her 19th birthday in a jail cell. However, this is precisely what occurred after the teenager recently served her third prison sentence for refusing to join the Israeli military. The story of Perets is one that is shared in spirit by 120 other youngsters, all of whom expressed their objection to the continued Israeli oppression of Palestinians by signing the “Shministim Letter” in January 2020. [1] [2]

Perets’ latest jail term was 28 days long. She was given limited privileges, including just ten minutes per day with a pen and paper. The conscientious objector, whose parents notably both back their daughter’s decision to refuse conscription in the Israeli army, said in detailed remarks:

“In prison, writing is in itself a form of activism. We can use it to share our message about our choice to refuse as a form of resistance to the occupation. By depriving me of the option to write in prison, the prison authorities hindered my ability to document what goes on behind bars, write articles and develop ideas and plan on how to share my experiences once I am released for a few days. The military does not want me to write, speak or share my thoughts. They are trying to silence me.” [3]

Moreover, in an update given to Refuser Solidarity Network, which is the primary organisation providing vital support to activists such as Perets [4], the recently released objector further added:

“The silencing of political refusers is a small part of a more violent pattern of behavior – the silencing of the Palestinian struggle for human rights in the West Bank and Gaza. The arrests of Palestinians that speak and act against the Israeli violent military actions and the violent oppressions by the military of Palestinian peaceful protests are just two emblematic examples of a broad policy aimed at suppressing any speaking, acting, criticizing or objecting on the part of Palestinians.” [3]

The Refuser Solidarity Network is based in New York. For the past twelve years, it has given moral support and financial donations in excess of 300,000 dollars in order to support legal campaigns and bolster media support for Israeli military refusers. The Network has a clear and passionate desire to end the occupation of the Palestinian territories. In a declaration, it states that refusers hail from “all segments of Israeli society. They are Mizrahi, Sephardi and Ashkenazi; they are religious and secular; they are Druze, Bedouin, and Russian, they are people of all gender identities, from the large cities and from the small towns. As refusers are standing up against endless war in the most difficult time and climate to do so, we work to support their activities”. [4]

Around 75 countries around the world enforce mandatory military conscription. Such policies are enacted in order to train parts of the population so that should there be the need, a wartime draft is readily available. However, the case of ‘Israel’ is rather different. The state has been responsible for the oppression of the Palestinians for over half a century, and its military is committed to ensuring that Palestinians do not retake their rightful lands. The Israeli military is not simply preparing for war; it has already been on the offensive against defenceless Palestinians for years. [5]

Under international law, the right to “conscience” is enshrined in Article 18 of the International Covenant on Civil and Political Rights. The clause in question states the following:

“Everyone shall have the right to freedom of thought, conscience and religion. This right shall include freedom to have or to adopt a religion or belief of his choice, and freedom, either individually or in community with others and in public or private, to manifest his religion or belief in worship, observance, practice and teaching.” [6]

Alongside Shahar Perets, another 19-year-old by the name of Eran Aviv has also experienced a number of spells behind bars. Aviv has endured a staggering total of 114 days in jail, after having six prison sentences handed down over the past year. He shared an insightful account of the techniques used by the Israeli government to keep the Palestinians subdued.

“After 54 years of illegal occupation, Israel imposes a harsh reality on both Palestinians and Israelis. In the military service Israeli soldiers learn that the strong survive and that there is no way to protect Jewish people except through force. This has a harsh effect on the soldiers themselves as they have no choice but to practice violence in the OPT (occupied Palestinian territories) and also experience violence by Palestinians who object to the military rule over them. This reality, in which youth are conscripted to become part of a violent system, is taking its toll on the soldiers and on the Israeli society as a whole.” [7]

“The educational system, the media, and mostly the government tell you that you have no choice but to act violently and endure violence, or you will be betraying your country and your loved ones will be hurt. This message puts young soldiers in an impossible position. In order to cope with this dissonance, soldiers adopt the narrative that there will never be peace and that all this violence is justified to protect the Israeli citizens.” [7]

There is a growing generation of young Israelis who oppose the Palestinian occupation and continued military action in the region. In fact, there are also members within the army that have openly expressed their opposition to being “tools to deepen the military regime in the occupied territories”. [8]

“Unit 8200”, which is a special Israeli military division tasked with the mass surveillance, systematic discrimination, and blackmail of innocent Palestinian citizens, has had its own share of objectors. In 2014, a number of its members wrote a critical letter to the Israeli Prime Minister Benjamin Netanyahu. In it, an astonishing 43 signatories expressed their reluctance to serve their country in a way that needlessly affected innocent Palestinians in a negative manner.

“There is a perception that service in military intelligence is free of moral dilemmas and only contributes to the reduction of violence and harm to innocent people…But during military service we learned that intelligence is an inseparable part of military control in the territories.

“The Palestinian population is subject to military rule, completely exposed to espionage and to being tracked by Israeli intelligence… Contrary to Israeli citizens or citizens of other countries, there’s no oversight on methods of intelligence or tracking and the use of intelligence information against the Palestinians, regardless if they are connected to violence or not.” [8]