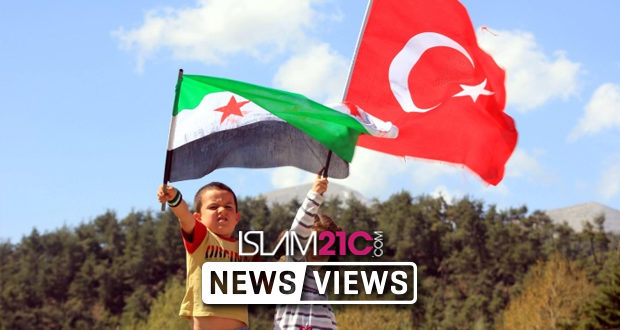 Turkish Foreign Minister Mevlüt Çavuşoğlu revealed on Thursday that more than 224,000 Syrian babies have been born in Turkey since armed conflict erupted in neighboring Syria. [1]

War-torn Syria has now suffered for more than 6 years and is undergoing chronic instability and conflict by a regime which is waging an armed war against its own people with the help of other tyrannical regimes and allies.

The war has now resulted in the deaths of approximately half a million through torture, oppression and persecution. The death toll from the crises as of February 2016 was 470,000 but ever since it has increased substantially. [2]

Addressing the parliament’s planning and budget committee, Foreign Minister Çavuşoğlu also stated that there were 976,000 school-aged children in Turkey and around 620,000 of these children have started their education in Turkey. [3]

According to figures by the Higher Education Council in 2016, there are nearly 15,000 Syrian students that have enrolled in Turkish universities receiving an education for 2016 -17. [4] This is a substantial increase by 10,000 more students as estimates showed around 4,000 students enrolled in the early years of the Syrian conflict.

Moreover, according to UNHCR data, there are 3,285,533 registered Syrian refugees in Turkey as of 2nd November 2017. [5] This number represents more than the total number of Syrian refugees in all of Europe, that has been used to spike far-right activism all over the western world, as well as alleged unbearable pressure on public institutions in many countries.

Turkey on the other hand, has not complained of such and they have been able to deal with the influx, apparently welcoming these refugees with open arms and providing them with various facilities. In addition, Turkey has made use of the skill force which the refugees can bring and has also helped benefit the Turkish economy.