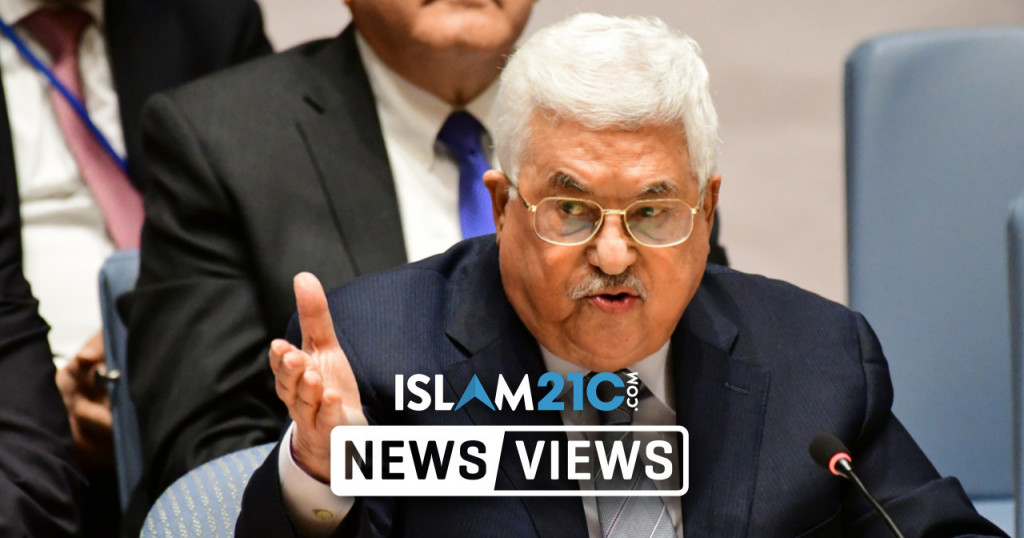 Mahmoud Abbas, the embattled leader of the Palestinian Authority (PA), currently finds himself in perilous waters. A damning new poll has revealed that 78 per cent of Palestinians desire the resignation of the long-time President, while only 19 per cent consider him fit to lead the country. In a sign of his desperation, Abbas recently delivered an unusually sharp yet toothless speech which gave the Israeli government a year to vacate the occupied territories. [1] [2]

In his remotely delivered speech to the UN General Assembly on Friday, Abbas stated:

“If the Israeli occupation authorities continue to entrench the reality of one apartheid state as is happening today, our Palestinian people and the entire world will not tolerate such a situation…Circumstances on the ground will inevitably impose equal and full political rights for all on the land of historical Palestine, within one state.” [2]

It was highly unexpected and rare for the PA leader to publicly criticise the Israeli government to such a degree. During his speech Abbas also levelled accusations of “ethnic cleansing” and “apartheid” against the occupying power, which under Article 4 of the Fourth Geneva Convention must protect all those who find themselves mired in a “case of conflict or occupation”.

As Article 4 of the Fourth Geneva Convention makes clear:

“Persons protected by the Convention are those who, at a given moment and in any manner whatsoever, find themselves, in case of a conflict or occupation, in the hands of a Party to the conflict or Occupying Power of which they are not nationals.” [3]

Abbas has been Palestinian President for the past 16 years. This is well in excess of his legal mandate, which actually ceased in 2009. In recent months, the momentum and desire for his departure has been growing. Hundreds of Palestinians continue to take to the streets in protest against the vastly unpopular PA rule in the West Bank, alongside Abbas’ arguably illegitimate tenure as President for the past 12 years.

Khalil Shikaki, a veteran pollster who has been surveying Palestinian public opinion for the last two decades and currently heads the Palestinian Center for Policy and Survey Research, said of the poll on Abbas’ leadership:

“This is the worst polling we’ve ever seen for the president…He has never been in as bad a position as today.” [1]

Despite long anticipated parliamentary and presidential elections pencilled in for early 2021, Abbas cancelled both rounds of voting. He justified the delay by invoking issues related to voter rights in Israeli-occupied East Jerusalem. [4] And in June, demonstrators expressed their fury at the arrest and death of prominent PA critic Nizar Banat. His death whilst in PA security forces’ custody was met with outrage. On July 1st, the justice minister and official in charge of the investigation committee into Banat’s death accepted that the campaigner’s death had been “unnatural”. [5]