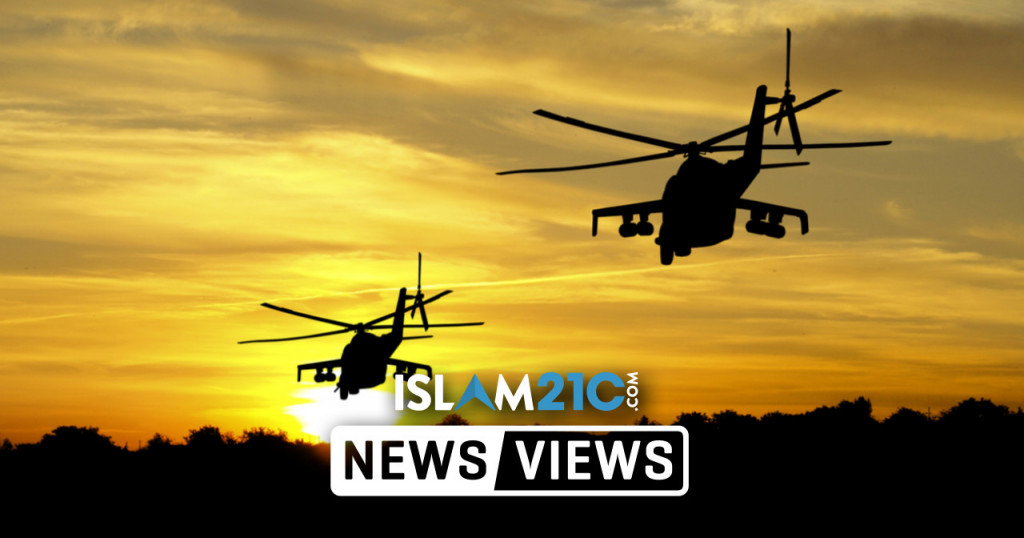 A number of Afghan families have been fleeing their homes as chaos engulfs the country. The armed resistance group known as the Taliban continues to take control of large swathes of the war-torn country. In the city of Lashkar Gah, the Afghan National Army has been engaged in counteroffensives against the Taliban, causing many citizens to abandon their houses in search of refuge from the intra-Afghan conflict. [1]

The Taliban has now reportedly taken control of 50 per cent of the country. Afghan President Ashraf Ghani directly blamed this predicament on the “abrupt” exit of the occupying power, the US. The Afghan leader went on to say that the currently fluid and rapidly deteriorating situation was due to “the decision [that] was taken abruptly”. Ghani, however, ambitiously told legislators in parliament on Monday that the security situation of Afghanistan would be “under control within six months”. [2]

US troops deserted the Bagram airbase in early July in a humiliating display. The base had been America and NATO’s most highly prized and strategic site. Over the course of two decades of conflict it became the headquarters for Western forces in launching attacks against the Taliban. US soldiers ultimately left in the dead of night, shutting off the electricity and leaving behind weapons, vehicles, and other supplies. [3]

“We (heard) some rumor that the Americans had left Bagram…and finally by seven o’clock in the morning, we understood that it was confirmed that they had already left Bagram.” [3]

Around the world, countries are continuing to observe the latest developments in Afghanistan with utmost alarm, which in its recent history has been at the sharp end of two decades of US-led conflict. Before this latest conflict, the country had also experienced a number of civil wars and the Soviet-Afghan War of 1979-1987.

Such is the scale of devastation caused by an endless cycle of internal fighting and external interference on the part of numerous foreign forces, which include the British, Italians, Germans, Americans, French, and Australians. While these forces have attempted to stamp down their own vision of change in the rugged mountainous land, many have attempted to flee the country altogether.

In this complex intra-Afghan conflict – that has arguably been worsened by foreign militaries – there are countless civilians who have been caught up in the chaos.

Take the example of one ethnically Tajik man, who is anonymised in court filings as “FGS20”. The 37-year-old was previously employed by the Afghan National Directorate of Security, in addition to being a driver and lookout for a regional head of intelligence. He worked closely with US forces, but was driven out of Afghanistan after the Taliban attacked his house and made threats against his life, as a result of his involvement with foreign forces. [4]

FGS20 arrived in Australia by boat in 2013, where he was held on the notorious Manus Island. He has been in detention for the past eight years without charge. Ever since a 2013 change in legislation, Manus Island – which is part of Papua New Guinea (PNG) – has been used by the Australian government to house an offshore detention facility for asylum seekers who arrive by sea. The Afghan national has for years requested his return to PNG, hoping to eventually be reunited with his family, which consists of his wife and four children. However, the Australian government has until now been disturbingly stalling the process to get the man to PNG, where he could begin the process of bringing his family to safety. [5]

Currently detained in a Melbourne detention centre, FGS20 stated the following in an email to his case manager at the Department of Home Affairs:

“Every day Afghanistan is getting worse…My family is in a dangerous place and I need help now please. If you wait I will lose my family. Why do you wait? The Taliban want to kill my family.

“You need to find some way to move them please because I don’t want them to die. It is enough that you have kept me in detention for eight years for no reason.” [4]

On Tuesday, a federal judge ruled that FGS20 “is a refugee and requires resettlement”, in a welcome step towards reuniting him with his family. However, the case of one man and his separation from his family is reflective of a much broader humanitarian crisis that many Western countries are attempting to address. Yet, these efforts to stem the refugee crisis are rather weak and belated. In fact, many commentators argue that the structural conditions behind the crisis may actually be a result of the policies of these Western countries. [6]

For instance, the US on Monday announced a resettlement programme, under which many thousands of Afghans will be eligible to resettle as refugees in America. However, Turkey responded angrily at the US’ suggestion that Afghans who worked alongside US troops will travel through Turkey in order to safely reach the US. Turkey criticised the US by saying it would not “undertake a new migration crisis on behalf of a third country”. [7]

“As Turkey, we do not accept the irresponsible decision taken by the United States without consulting our country. If the United States wants to take these people to its country, it is possible to transfer them directly to their country by planes.

“No one should expect the Turkish nation to bear the burden of the migration crises experienced as a result of the decisions of third countries in our region.” [7]