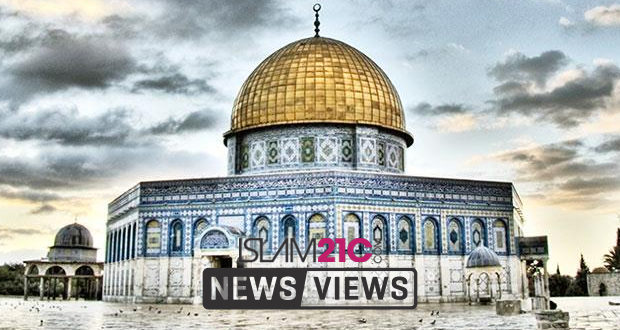 Al-Aqsa under threat of collapse

According to an annual report issued by the International Jerusalem Foundation, the number of excavations under the Al-Aqsa Mosque has reached 64 with tunnels spread across the Mosque’s four sides, half of which (32) are on the Mosque’s western side putting it at serious risk of collapse.

The report entitled “Eye on the Aqsa” noted that the convention held by the Occupying Government in one of the tunnels a few meters west of Al-Aqsa on May 28th 2017, marking the 50th anniversary of the occupation of Jerusalem, sent a clear message that these excavations are endorsed at the highest political level in order to promote a fabricated Jewish history.

The report reveals the Occupation’s intent to Judaise part of the Mount of Olives, as well as some of the doors of the Old City, including those leading to Al-Aqsa Mosque. Even cemeteries in close proximity to the Mosque were not spared, such as al Rahmah and al Yusufiyah; some of its parts were confiscated for conversion to Talmudic gardens in which counterfeit Jewish graves were planted.

The report dealt with political, security, religious and legal developments surrounding the idea of increased Zionist dominance over Al-Aqsa. During the reporting period, the Occupation sought to impose its full control over Al-Aqsa more than ever before in an attempt to become the sole authority controlling the fate of Al-Aqsa.

The report, moreover, noted the reactions and attitudes in the face of the developments in Al-Aqsa, showing that the post July 14th 2017 sit-in by Palestinian demonstrators was extremely effective in hampering policies on the part of the occupation in spite of the continually declining reactions from leaders in the Arab world who have even tried to flog Al-Aqsa like a saleable commodity on behalf of all Muslims.

It recommended that the recent victory achieved by Palestinians at al-Aqsa be utilised and its learning points repeated, urging the people of Jerusalem and those living in other occupied territories to persist in rebelling against the Occupation and to continue resolutely guarding the Masjid.