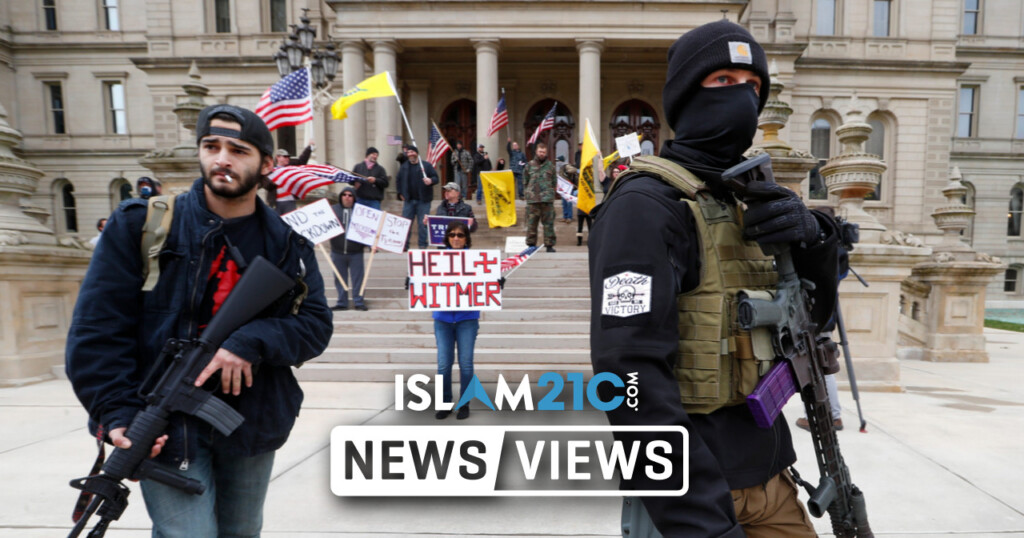 The largest American Muslim civil rights organisation, the Council on American-Islamic Relations (CAIR), has warned Muslims across the country to be more careful after the recent storming of the Capitol Building in Washington, D.C.[1]

Last week’s violent break-in of the Capitol Building was largely blamed on President Donald Trump’s inflammatory language he used in a prior rally, which fired up loyalists and most likely pushed them to ransack “the center and sacred symbol of democracy”, as verbalised by Representative Mario Diaz-Balart of Florida.[2]

“Due to credible threats of violence in the coming week, we urge all members of the Muslim community to stay extra vigilant and avoid their state capitol buildings and surrounding areas until after the Inauguration of President Biden…” [3]

The statement cites the FBI’s report of credible potential threats of violence by extremists called the Boogaloos, seen during 17th January pro-Trump rallies, particularly around the Minnesota State Capitol as well as across the rest of the country.[4]

The Boogaloos, with a name that at first glance may seem bizarre, is much more sinister than it sounds in its true aims and objectives. They are a loosely-organised, extreme right-wing movement that desires the incitation of a second civil war in the US (what the group terms boogaloo).[5] The movement is staunchly anti-government, and its members have been reported to attend rallies and protests whilst being heavily armed, openly carrying semi-automatic rifles and side-arms, and donning an assortment of tactical equipment and clothing.

The recent anarchy at the home of the US Congress last Wednesday was caused in part by the Boogaloos, according to some news organisations such as Chicago’s WBEZ radio station and the international Reuters news group.[6] [7]

The initial FBI internal memo, as reported by AP, reads:

This was followed by a second bulletin, as seen by CNN:

“While our standard practice is to not comment on specific intelligence products, the FBI is supporting our state, local, and federal law enforcement partners with maintaining public safety in the communities we serve. Our efforts are focused on identifying, investigating, and disrupting individuals that are inciting violence and engaging in criminal activity.”

“As we do in the normal course of business, we are gathering information to identify any potential threats and are sharing that information with our partners. The FBI respects the rights of individuals to peacefully exercise their First Amendment rights. Our focus is not on peaceful protesters, but on those threatening their safety and the safety of other citizens with violence and destruction of property.”[9]

CAIR’s advice must be heeded – there may be worse yet to come as the countdown begins to Biden’s inauguration ceremony on 20th January.