Anger over offensive slogans made by Plymouth University’s Conservative Society 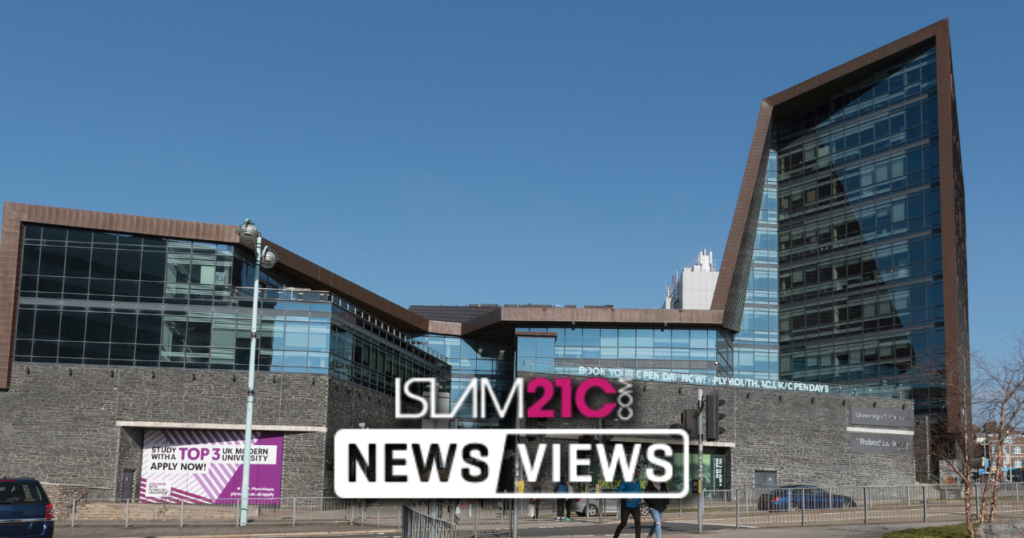 A photograph purporting to show members of Plymouth University’s Conservative Society dressed in t-shirts with racist and offensive slogans scrawled across them has come to light. Most controversially, some of the students have indulged in anti-Semitic behaviour by daubing the word “Jude” and the Star of David on their person whilst another has seen fit to don a Hitler style moustache. Jude is German for Jew.

Other students had references to Enoch Powell who rose to notoriety in his famous “rivers of blood” speech and Donald Trump who has come to symbolise white supremacy and bigotry across the world. Alleged war criminal Tony Blair was also given a nod. [1]

Whilst the NHS bashing on display on the t-shirts may be explained, by some, as behaviour befitting ‘rich-kid Tories’, the evidence of anti-Semitic behaviour is more troubling. In particular, the silence of the Tories and those who have so vociferously opposed so-called “anti-Semitic” elements within the Labour party.

The Conservative party has stated that it will open an investigation into the perpetrators but given that Theresa May has explicitly and forcefully condemned Labour and its handling of the anti-Semitism issue, most recently in her speech to the Conservative party conference, it is interesting to note the silence this particular incident has provoked.

The picture included one Tory supporter using an ambiguous gesture which some have described as “white power”. [2] Lest anyone be tempted to write off the behaviour of these individuals as mere student hi-jinks it is worth noting that several of the group members have been photographed with well-known political figures such as Jacob Rees-Mogg and Nigel Farage.

This is the next generation of Conservative politicians and activists. Couple this with the revelation that prospective London Mayor, the Conservative candidate Shaun Bailey, wrote an article back in 2005 in which he claimed that accommodating Muslims and Hindus in London would result eventually in a “crime riddled cesspit” and decried the virtues of multiculturalism. It is doubly concerning to think that those in the photograph may potentially be the next generation of Conservatives to govern.[3]

Set against the backdrop of entrenched Islamophobia within the Conservative party, which also continues to deny Sayeeda Warsi and Muslims across the UK a mere inquiry into the concerns she has raised, this incident serves to highlight the wilful ignorance being employed by the party, even as it continues to point the finger at Corbyn’s Labour.

Theresa May chose to attack Corbyn’s Labour party for anti-Semitism, whilst making no mention of her Party’s support for Hungarian Prime Minister who has been accused of anti-Semitism and Islamophobia by the Board of Jewish Deputies.[4] It seems the stench of Islamophobia and anti-Semitism is rife within the Conservative Party but the PM is too busy dancing her blues away to care.

It is worth remembering that Theresa May has herself participated in anti-Muslim hate. In the 2016 Mayoral elections, Zac Goldsmith, Tory nominee implied Sadiq Khan had links to “Islamic extremists”, whilst May commented Khan was unfit to be Mayor “at a time when we face a significant threat from terrorism”. [5]