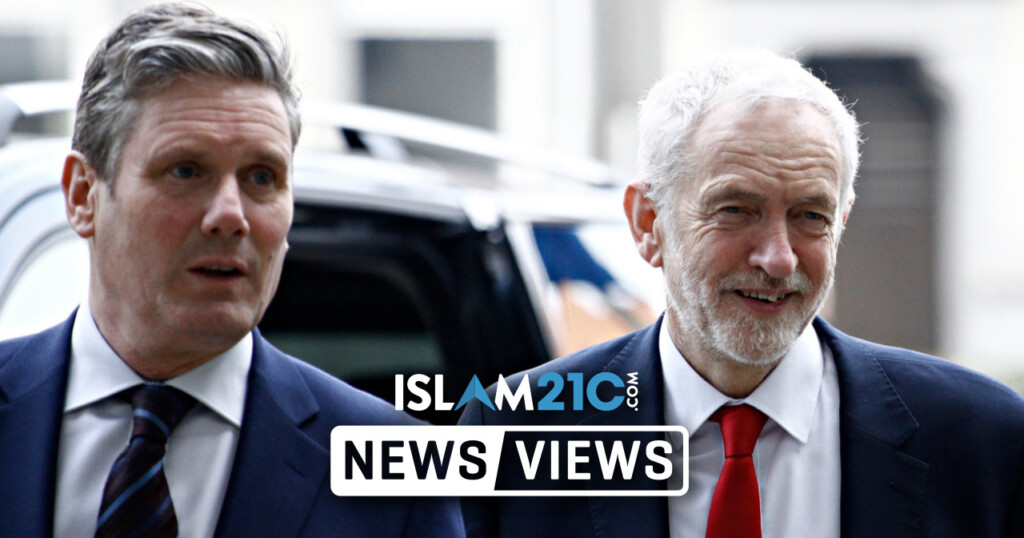 A prominent Jewish left-wing activist has been suspended from the Labour Party after comments supporting Jeremy Corbyn. Naomi Wimborne-Idrissi, co-founder of Jewish Voice for Labour, was suspended by Keir Starmer after the senior Jewish figure said she felt “uncomfortable” seeing fellow members suspended from the party over false accusations of anti-Semitism.

“I feel bloody uncomfortable seeing damned good comrades and friends of mine being suspended from this party for doing nothing more than trying to discuss the questions which led to Jeremy Corbyn’s unjust suspension. We know it was unjust because he was readmitted. Then the question of the whip being taken from him, which is almost certainly unconstitutional in the party,” said Wimborne-Idrissi.

In a short video with Double Down News, now viewed more than 1 million times, Wimborne-Idrissi described her experience of being called “not a proper Jew”, a “self-hating Jew”, and a “Kapo”. A Kapo was a Jewish inmate of a concentration camp who collaborated with Nazis and was thereby instrumental in the annihilation of fellow Jews.

“Naomi lives local to me and was kind enough to offer her car to us during the election. During lockdown 1 when I was organising deliveries for those shielding I gave her one of our most needy callers because I knew she’d be kind and patient. She doesn’t deserve this.”[1]

“Whatever your views on Labour or Corbyn, you should listen to this eloquent women [sic] speak and hear what she’s had to put up with.”[2]

The former Shadow Chancellor of the Exchequer, John McDonnell said:

“I know Naomi Wimborne-Idrissi. She’s a decent, sincere socialist. Not everybody may agree with everything Naomi says. We all have the right to speak & the right to disagree but disagreement shouldn’t result in suspension. I’d be a witness for her at any party disciplinary hearing.”[3]

Since Keir Starmer has taken the helm as leader of the Labour Party, he has quite rightly made it his top priority to root out anti-Semitism. However, Jewish members of the Labour Party like Diana Nelson have described their own experience with the new leadership.

Nelson, an octogenarian and disabled Jewish widow, said she had been issued with a warning after her comments about the Israeli Prime Minister Benjamin Netanyahu, calling him out for “making shameless political capital out of the Holocaust” and that “At the end of the day, it’s a bunch of non-Jews piling on to a Jew.”

“These people know nothing about antisemitism and Jewishness. They have no sense that Jewish people have different views.”[4]

Despite the numerous vile personal attacks and accusations on Corbyn being anti-Semitic (even by his own MPs), Corbyn did not once in his half decade as Labour leader de-select an MP or expel a member for a personal attack against him. Yet, in his short tenure, Starmer has suspended a former leader of the party, sacked Rebecca Long-Bailey as shadow education secretary (after she shared an article that suggested the police officer who killed George Floyd had received training by Israeli forces),[5] and has now suspended prominent left-wing Jewish members.