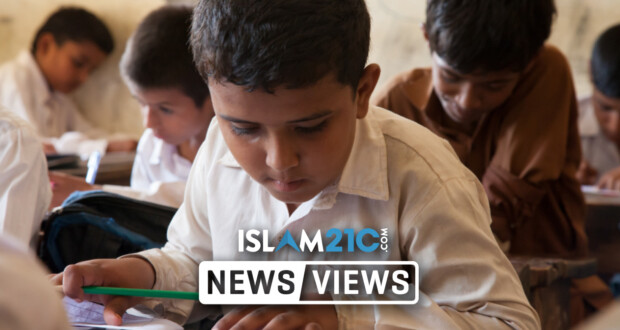 “We would not go through the problems we are currently facing if we understood the Holy Qur’ān.” – Opposition senator Muhammad Javed Abbasi.[1]

On Monday, the Senate of Pakistan voted to approve the Compulsory Teaching of the Arabic Language Bill 2020, which is aimed at introducing the study of the Arabic language into the schools of Pakistan’s capital, from grade 1 all the way through grade 12.

Senator Abbasi, sitting with the opposition party Pakistan Muslim League, originally introduced the bill in 2020, and on 1st February of this year it received near-unanimous endorsement from members of the Upper House.

His reasoning behind the bill’s proposal was that students from a very young age would be able to grasp the language of the Qur’ān and develop into well-versed Muslims in a way that previous generations have not been able to.

The bill is argued to enhance their future prospects, as possessing knowledge of the Arabic language would act as a pathway to employment and studies in countries in the Middle East, such as Saudi Arabia, the UAE, Oman, and Qatar.

The only senator to disapprove of the bill was senator Raza Rabbani, who argued that “the Arab culture is not mine, [the] Indus Valley [Civilisation] is my culture.” Senator Rabbani said he believes that the legislation was merely a ploy by the government to exploit “Islam for achieving a political agenda”. Senator Rabbani also suggested that the government was attempting to import “Arab culture”, thus eradicating Pakistan’s multicultural and multi-lingual multiplicity.[2]

Ali Muhammad Khan, Member of the National Assembly and Minister of State for Parliamentary Affairs, remarked that the bill was “categorically supported” by the government, and that Article 31 of the Constitution commands that “measures should be taken to spend our lives according to the Holy Quran and Sunnah.” According to the minister, learning the Arabic language was vital to “become a good Muslim…and understand God’s message”.[3]

2021-02-05
Shaheer Choudhury
Previous: UK, US, and Australia aghast at reports of systematic rape of Uyghurs
Next: If your family are hostile to Islam, could the problem be you?