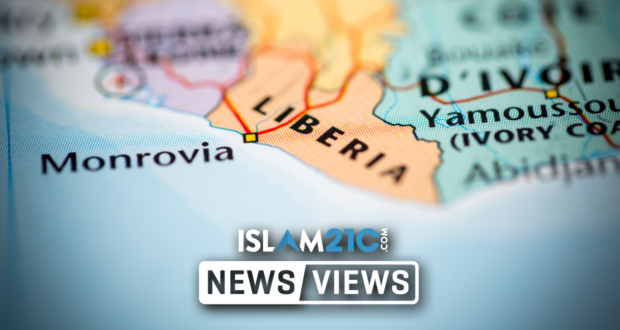 At least 28 die in fire outbreak in Liberia religious school

A fire in a Qur’ānic school in Monrovia, the capital city of Liberia, has killed at least 28 children. [1] The unfortunate incident started around midnight and decimated a dormitory and school building where students slept at night in Paynesville, an eastern suburb of the capital.

“The children were sleeping in a building attached to a mosque at a religious school in Paynesville City when it caught fire at around 11 pm Liberia time.” [2]

He added that a number of the children, some as young as 10 years old, were not able to escape the building due to the absence of a fire exit and windows having steel bars over them.

No one knows the exact cause of the fire, but it is believed to have started from an electrical problem. [3] Though it is not uncommon for buildings to collapse as a result of fires in the West African country, they are rarely ever deadly and “not on this scale.”

According to police spokesman, Moses Carter, the death toll was initially stated to be 30 children. It is now believed to be around 27 students between the ages of 10 and 20, and two teachers were not able to escape the blaze. Carter added, “Only the Imam, a teacher and two students managed to escape.” [4]

Emmanuel Herbert, an eyewitness and pastor of a local church, said it was the sounds of the fire that caused him to wake up and raise the alarm:

“When I turned around to look, the entire place was red. When I looked through the window, I saw the whole place blazing with fire.” 1

Hundreds were in attendance outside the school as ambulances from the Red Cross swept the building and removed bodies. Rescuers were seen wearing white masks and surgical gloves and carried the children’s bodies from the now-derelict building in preparation for their burial.

They were buried the next day in accordance with Islamic funeral processions, where a person must be buried as soon as possible following their passing.

After hearing the news, Liberia’s President George Weah visited the scene the next morning and said:

“I was touched by the terrible news and decided to rush here to see for myself the families of the children and the community leadership to extend my sympathy.”

“It is saddening even when a single citizen dies; what much more about 28 children, potential leaders, who were aspiring for a better and prosperous future.” 2

He later tweeted his support for the Muslim community and plans to start an investigation into how the fire started.

Families and the entire Islamic Community. May God strengthen them and give them the courage to persevere. Let’s continue to keep the families in our prayers.