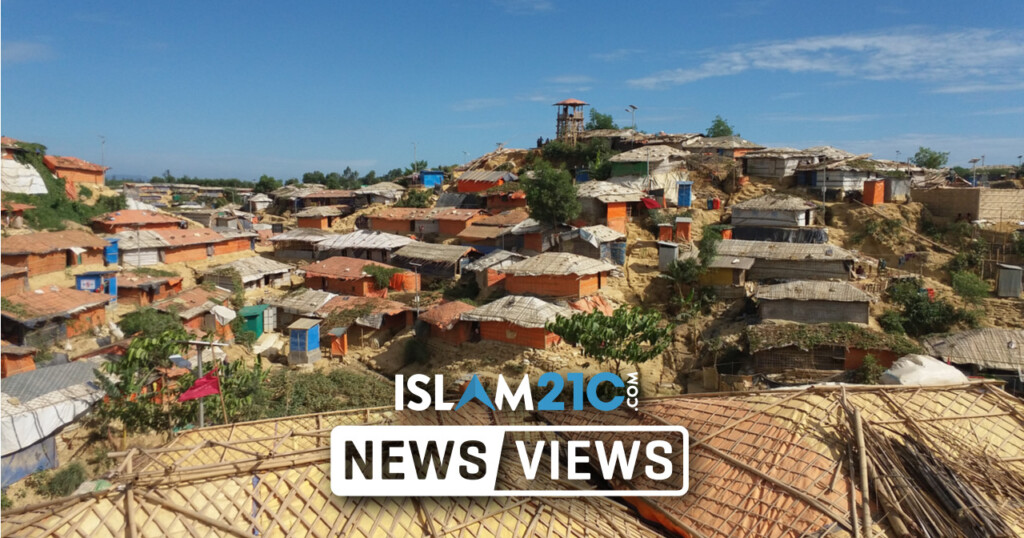 Turkey has continued to provide vital assistance to its fellow Muslim brethren after a second deadly fire broke out at the Kutupalong refugee camp in the Cox’s Bazar district of Bangladesh on Friday morning. [1]

Three deaths were tragically reported and seven shops had been completely gutted due to the fire early on Friday. Muhammad Abdullah, a deputy assistant director of Cox’s Bazar Fire Service and Civil Defence, told Anadolu Agency:

“We have recovered three bodies from inside the gutted shops… We have already handed over the bodies to the police to proceed with the autopsies.” [1]

The initial inferno on March 22nd brought tragic scenes, with over 45,000 displaced Rohingya men, women, and children again displaced from their temporary homes within the refugee camps, with approximately 10,000 homes destroyed, hundreds injured, further tens of hundreds missing, and at least fifteen deaths. In response, Turkish president Recep Tayyip Erdoğan swiftly ordered the Turkish Environment and Urbanisation Ministry, the Health Ministry, as well as the Disaster and Emergency Management Authority to commence work to convey substantive relief to the region.

The Turkish plane carrying AFAD, @saglikbakanligi & @Toki_Kurumsal teams took off for Bangladesh to renew the Turkish Field Hospital and houses that was burned in the camp fire in Cox's Bazaar. pic.twitter.com/vDBtWNMog0

A military cargo plane carrying a brand-new field hospital as well as 22 personnel from the various ministries was dispatched, arriving on 27th March. The Bangladesh coordinator at the Turkish Cooperation and Coordination Agency, Ismail Gündoğdu, said:

“Despite so many challenges due to the pandemic and prevailing situation, the cargo plane safely reached Cox’s Bazar and we expect that the construction work of the hospital will be started immediately.” [2]

The field hospital, which was originally established in the refugee camp in 2018, has consistently been instrumental in the first-line care of over 1,000 people each day. According to hospital records, 512,101 patients had been treated by the Turkish field hospital until it was destroyed by the March 22nd fire. The Turkish ambassador to Bangladesh, Mustafa Osman Turan, said:

5 days after the massive fire which wrecked havoc in #Rohingya #refugee camps & totally destroyed the Turkish field hospital, Turkey resent a new field hospital by a military cargo plane. A second plane will arrive in a week & the field hospital will resume its health services. pic.twitter.com/M3rDEWoh7H

In its most recent show of solidarity and support, another Turkish military plane departed from Etimesgut Air Base, Ankara, on Thursday to provide much-needed construction supplies and medical equipment to rebuild the devastated areas of the world’s largest refugee camp. Another 13 personnel from the Turkish Ministry of Health, as well as further medical supplies, equipment, and materials for a 50-bed hospital, arrived in Chittagong earlier today.

The Turkish ambassador to Bangladesh added:

“As we promised, today the second Turkish Air Force cargo plane landed in Chittagong airport and brought medical equipment & 13 health professionals for the new Turkish field hospital that is being re-established in the Rohingya refugee camp.” [2]

Astonishingly, Ambassador Turan said he hopes that the field hospital will be fully restored and functional by as early as next week, further stating:

“Our hospital will be fully functional very soon, resuming its essential health services to a thousand patients daily from Rohingya and host communities.” [2]

Turkey is no stranger to providing humanitarian assistance to its fellow Muslim brethren. In 2014, Israeli forces killed hundreds of innocent Palestinians and launched aerial attacks on 10 Palestinian power stations, rendering the port city of Gaza facing the prospect of being without a crucial 120 megawatts of electricity. Turkey rapidly responded by sending a massive floating power generator to Gaza capable of producing up to 100 megawatts of electricity. [3] [4]

Unfortunately, at the time, whilst ‘Israel’ initially approved of the plans to dock the giant floating power generator in Gaza, the repressive state ultimately rejected it, with the then Palestinian National Economy Minister, Mohamed Mustafa, saying Gazans had no choice but to be at the mercy of the Zionist regime.

Whilst critics may make many legitimate arguments over Ankara’s political decisions, what is clear is that assisting fellow people in need—let alone fellow Muslims who are like one body—is something that more and more Muslim countries should do to the best of their abilities.