Are you ready for our first ever NATIONAL CAMPAIGN?
Home / News / BBC condemned over reportage of massacre of protesters 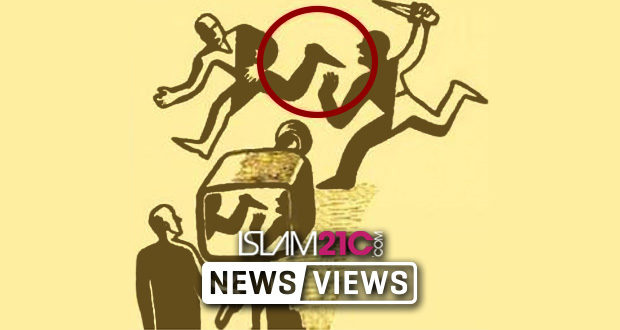 BBC condemned over reportage of massacre of protesters

At least 17 civilian protesters were killed and more than 1,400 others were wounded as Zionist forces opened fire at mass protests near Gaza Strip’s eastern border.[1] [2] The 30th of March protests were launched to mark the 42nd anniversary of Land Day, when six unarmed Palestinian citizens were killed inside 1948-occupied Palestine on March 30, 1976 in response to the Zionist government’s decision to appropriate swathes of Palestinian land.

The March of Return protests, attended by some 30,000 Palestinians including women and children were aimed at reaffirming the right of return for Palestinian refugees. Camps just a few hundred metres from the fence surrounding the open-air prison of Gaza were set up and are intended to remain for six-weeks, leading up to the 70th anniversary of the Nakba on the 15th of May.

Gaza is home to some two-million people, around 70% of whom are 1948 refugees,[3] families forcibly displaced from their ancestral territories in 1948 during the Nakba that would create the Zionist entity of ‘Israel’. 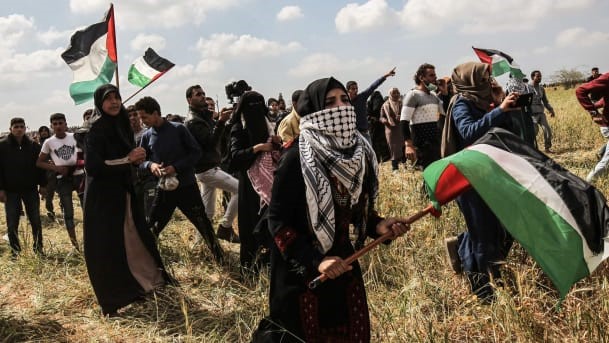 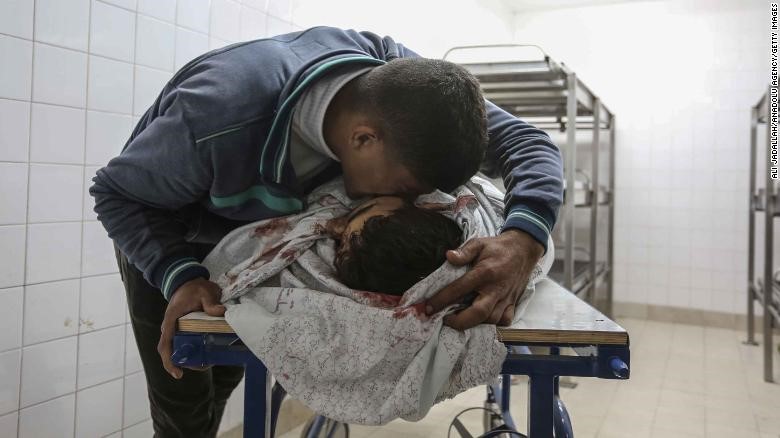 “Netanyahu! You are an occupier. And it is as an occupier that are you are on those lands. At the same time, you are a terrorist… What you do to the oppressed Palestinians will be part of history and we will never forget it…”[8]

Hundreds of people also protested in Tel Aviv on Sunday in solidarity with Gaza, denouncing the massacring of protesters, calling for an end to their humanitarian crisis done in their name.[9]

In what has become consistent and unsurprising, the tax-payer funded BBC chose to depict the largest single-day massacre of Gazan civilians in four years as a border ‘clash’ that left ’16 Palestinians dead’. Out of the 1,400 casualties, including children, it chose to depict masked young men with clinched fists and burning tyres. Analysing the BBC’s unabated use of euphemisms and imaginative demonisation from the article’s outset, Professor of Iranian Studies and Comparative Literature at Columbia University in the City of New York, Hamid Dabashi issued a stern condemnation: 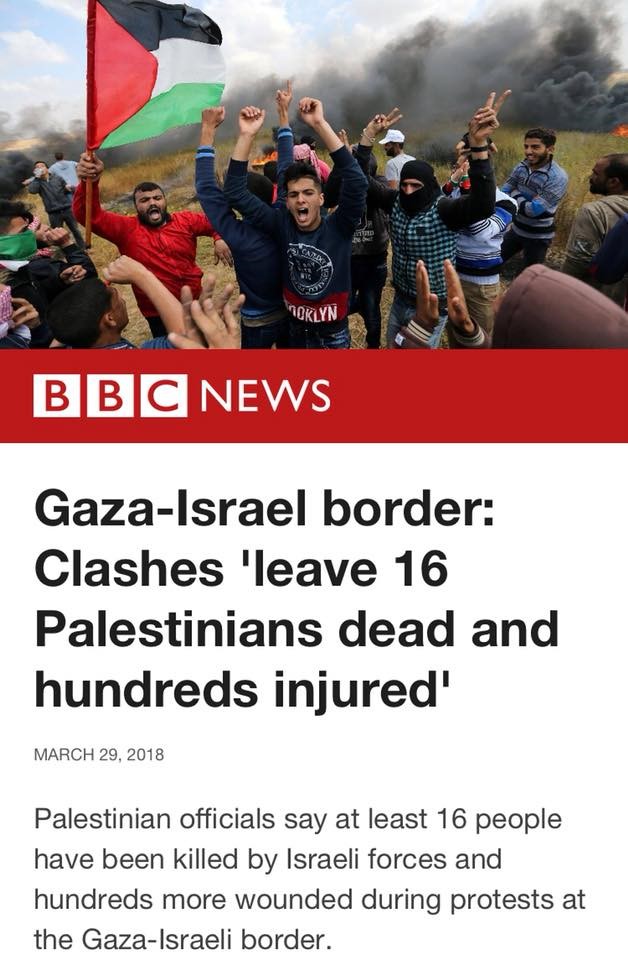 “BBC is despicable, BBC is treacherous, BBC is integral to the propaganda machinery of Israel— from the top first show a close up of Palestinians’ raised fists and open mouths and angry faces and raised flag — they are threatening aren’t they —violent dangerous menacing — don’t open the frame do not show Israeli sharpshooters firing live ammunition at thousands of defenseless unarmed civilians protesting the systemic theft of their homeland facilitated by British colonialism —

Then comes wordings — “clashes” — “to clash” is to confront with demonstrably equal force — two swords clash, two punches clash two armies clash — a live bullet does not “clash” with a defenseless body — a bullet pierces through and wounds and kills (does not “clash” with) a body —

Use Scare quotes: Put “leave 16 Palestinians dead and hundreds injured” in quotation marks— compromise its truth — your blue-blooded blond-haired reporters on the scene are deaf dumb and blind — they don’t see Palestinians are killed and wounded by those bastard Israeli soldiers — so attribute the “report” — not the truth — of their slaughter to brown Palestinian sources — that’ll compromise the truth of the report — “they” say so many are killed or wounded— the blue blooded BBC does not acknowledge the truth of these dispensable Palestinians being maimed and murdered —

The truth and reality of what vicious slaughter of Palestinian lives and liberties is perpetrated by Zionists is bracketed by two pernicious British bastardy: the Balfour Declaration of 1926 and the BBC coverage and distortion of facts to this day —

Every single producer reporter and camera person of BBC is guilty of aiding and abetting the Israeli slaughter of defenseless Palestinian unarmed civilians crying against a colossal injustice that British colonialism began and Zionist colonialism continues in Palestine.”[10]

2018-04-02
Ahmed Hammuda
Previous: The Wing Of Humility
Next: Why I won’t fear so-called “Punish a Muslim Day”